And Prophecy (That Is) 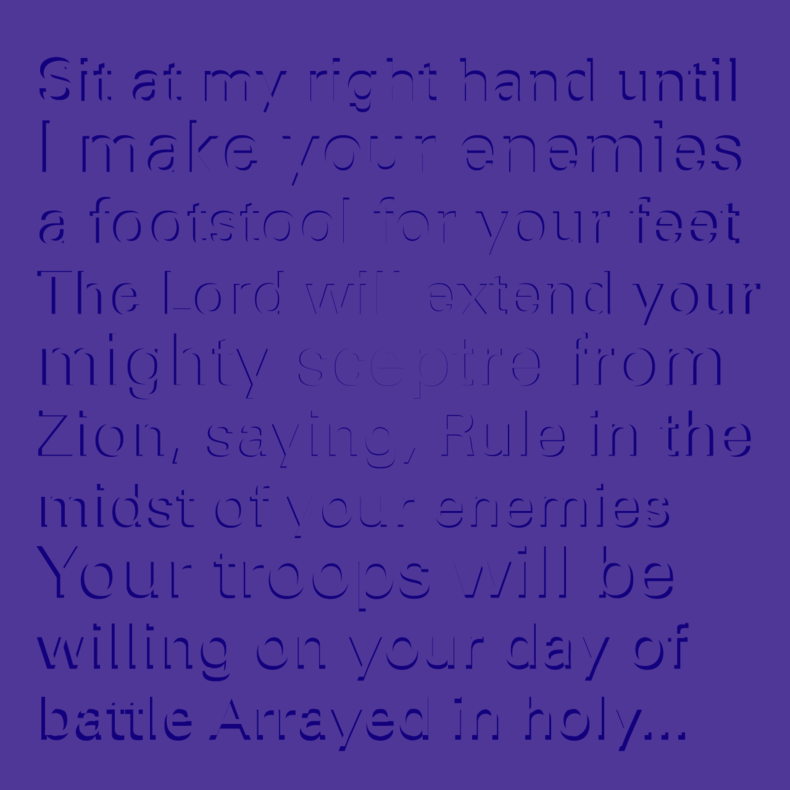 Plant a Seed is of the school of thinking emphasising the power of Bible words – in prayerful application – bringing about God's ways.

Mainstream and accepted 'cross church but the word not to miss here is – 'emphasising'. Over and above other approaches, to some degree, requiring their exclusion.

Specifically through repetition with some passion and faith. All out 'this is why we have the Bible and what-for' believing. Those who hold closer or similar views, tend to be locked into fringey, hullabaloo, bubbles…

You/we need to find the God, face the Empire and – War.

In and along with worship, loving and praise. And another song – an' another. (Nb. to myself – what I should do more/better/don't much. Hard/impossible to sing in German. Jukebox stuck on St Matthews and all that).

And/me, type a text, graf and post. Find a verse and preach to the angels. Walk and cycle, talking the word. Out. To God. And what else listening – ? – battles/them. Builds faith and conquers.

Nothing static in this understanding. Nout placid.

Some sickos coming to kill us? What to do? Knowing we have, the all in all, to deal with this world-attempt, takeover.

Critics would say investing magical-like properties onto scripture, when it-itself, doesn't overly state is – bit-bonkers, if over the T, and what them fake to frolicking-smug, prosperity-boys do.

I get the Bible isn't God. God is obviously… And this said, to put check on those who think the text is like the Koran in position. Generally, this wail coming from the Christian Orthodoxy Police.

Yet, learning and scholarly understanding considered the reliable way. The what-we-do. Most/all. Sober to convince the world 'we sound-like'. Open and questioning Bible-talk, progressive and potentially useful. Emphasis on study. Makes sense and by this, people grow in 'faith' or come to…

Mutual ground, chewing the theo-cud. Or spats and the excuse, 'that lot's' why all us-lot, 'ain't-a-happenin'

Apologetics for an outsider peeking in. Although mostly conducted by Christians to help other Christians 'get on'. Flows-go: What's considered more reasonable, grace-like and love -or- heresy hunters and haters, who feel need to protect the flock from newfangled error.

Not that I couldn't/don't join in and fascinate along but those in the more urgent-know – Tis missing the mark. Around a camp-fire in times and some places, past? Leisurely days? These ain't them.

E.g., this Psalm (110), big/most, re-quoted Old in the New. Debates concern the opening and is God speaking to God or to a lower other? Watching a panel discussion, men with ties, go, go, go.. on this, makes me grieve.

Leave or stand Church gatherings/community but we at war. Not going to be. The bugle sounded this… what, past half-decade (?) a louder-ever blast. Particularly. 2001, and phased-up, New World Order odyssey.

Understanding battle as the dominant reality, social emancipation from slavery the most-neccessery. Artificially constructed, all-stoppable – the call is to engage and nullify.

And this gospel of the kingdom will be preached in the whole world as a testimony to all nations, and then the end will come.

The battle is over defying the Bible and thereby, the closest these desperate not to be destroyed entities get, to – 'getting at God'.

Jesus said, The poor you will always have with you. Some/one's, want us all poor, pre-slaughtering (pre?). Reconfigure the world, so not only this verse makes less or no sense, but the Bible as a whole.

Today’s readings they've added a single verse to indicate moving off and on to, 'Solomon becoming King' etc.

This concludes the prayers of David son of Jesse (Psa. 72.20). Like this. With Solomon there's indication he used Psalms and the like as prayers against anti-God spirits.

Christ's compassion is for the poor and redemption. Deliverance from why poor and means to resurrect. All encompassing world war would not be fulfillment.

In the early church the Old Testament was used to validate the New. Different era's and contexts, various motives and uses. More than…

Now we're not going to see a persecuted church – first and foremost maybe – but a persecuted world. There's only one heresy worth hitting on. OK two. Denial of who Empire evidence shows is, and believing God's given up on us. This world.

For God so loved the world that...

Study enough. Spoken out too little. In prayer. And prophecy (that is).

God help me speak your word. To believe this. For this purpose Christ was revealed… May I put these syllables and sentences deep and present in my thinking. Precious promises. Bed them in. Sown till they reap. Be with me God and let not my heart be troubled. Wake-more. Thank you for those who've the tone of holy urgency. Help me also. Help me. This all. In Jesus name.