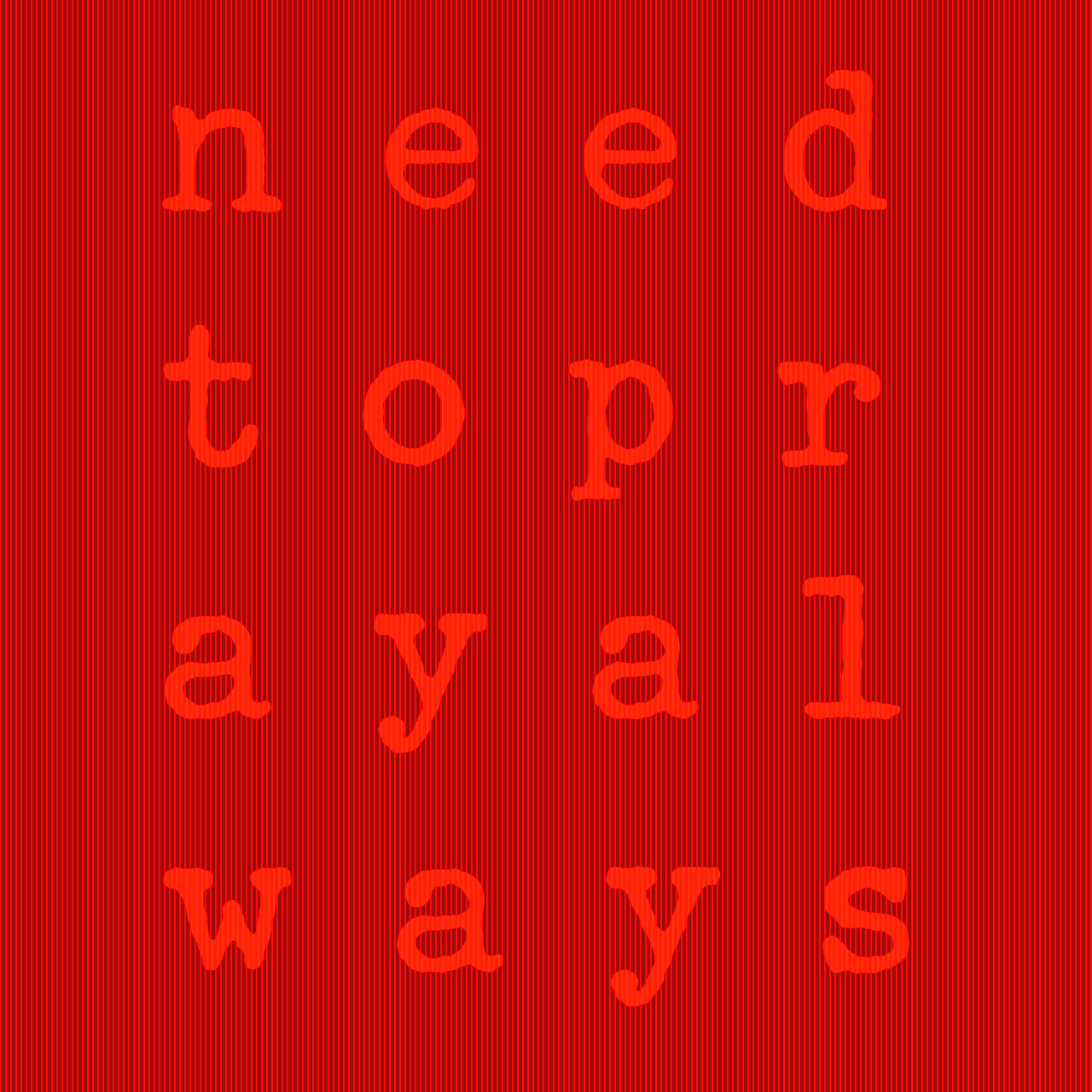 The breakdown and breakthrough. A manifestation from and of God. 'Apokalupto' and 'disclosure -- appearing, coming, lighten, manifestation, be revealed, revelation'.

The good we need. All longing ones should... have to hope for. Those who struggle and suffer -- know the madness. The absence and obscene. Who see this like the prophets of old in loud exclamation.

We need relief... the respite would be revival/s.

The challenge is how can this happen? The church across denominations or expressions are full of foolishness. What -- even if -- people outside sought God?

No question God works in all sorts of people and environements but what 'would' happen and wider moves of God? Or can God? Under what circumstances and where?

Most all and popular extremes. All 'say' there's bad-news but sing on and refuse to face -or- bemoan but claim nothing matters for this world. Not even a desire for -- only visions of destruction.

About all that's seen are Normies and not... OK gotta say again: not->AWAKE<. Where calling out to God, comes from the vision this reveals. In a desperation that is holy. Apart, and out from. Declaring how and what devil's are infecting the lands. The vehicle is media. The outcome is make-zombies. Ones getting increasing in nasty at the sound and sights of Jesus -- not though and a misrepresented one. This self-saboutages.

Sure, there's swinging about singing Charismatics who can in parts relate -- BUT... Big But/s. And year after year they 'prophesy' the coming up or downs and this never happens as said. Not promise and pray for but 'this will be' on suppose-revealed. Nope. More wishful but wind-up.

Or, progressives who promote Jesus-shaped social order. Buried in deep theology and clever discussion. The word here is 'keep calm and...' study. This and/or doing local church and be the sense among the perceived crazy-ways. No alarm, political-wise. All reactionary and naive. All the while conspiracies rip through the fabric of what's left of normal. Civil and open society.

Don't look. Or pretend isn't. Too proud to... Or, on a political paradigm set up like a ride at a fun fair.

How easy to misjudge comparisons with even the recent past. But it's measurable. In the UK-like, we're going into a hyper-sick culture. This has to be if/until... there's new churches or 'old' repentant ones.

Too much, led by arrogance and despair. Reflex, so most-all, don't know why they're moving like they do. Not explained by the malaise of modern life. We're under severe and directed weaponised shaping.

We want God to come and be present and known. Who wants this, in light of light about the lies. All the serious political issues are single-hands construction. False-flags. Wars and rumours of... This is what we're demon-asked to believe.

One day God'll come like the flood to start again. Post-this-life and/or the coming return there are many promises. Yet more even, are for now-times. God wants to break on through and into this world, these days -- but the ease and deception deplete our care.

Revival happened in history since the Holy Spirit was first poured out. Not this generation, not in the West. Not able to judge claims otherwise but the general impression is doubtful. Some life-different in the Persecuted Church. Lots of numbers in some regions south where have you...

Come on though? Nah. And let's do a ten min/me scamper out test and false-flags.

Syria is a false-flag. A giant one from start to this phase and finishing/hopes. All the death and suffering because of the conned ones condoned by our ignorance and the cabal/s able to kill on.

Syria over a near-decade has faced an escalation in bullshit told about nations. Take all the both-sides you like into consideration. There's never been so much easy to corroborate crap. The mainstream knows what it's doing.

The stakes are high and on the ground, voices broadcasting credible alternatives. Few care or want, to hear.

Rattled and those ruling, the flailing terrestrial tv, are scaling new heights of hate. For this is what it is. No better than ethnic-based scapegoating. Hatred, because it serves to prolong the suffering of the people in Syria. No one asks a single pertinent question.

Fakery waves until we awake...

And the flags wave and apocalypse when? Happening now. In Syria -- we see. Our UK/West masters are telling us to believe them and behave.

Caesar or Christ. The BBC etc or...