Think I should do what must, at the expense of doing what can.

Doing both is too challenging and sense my compromise again and again. Will post here to my seeming no-readers but as the note below/put on twitter says – gotta be a new Mark day. New Jesus day. See Plant a Seed as ‘unto the unseen’. Value in the public domain but this the context. What needs plugging is about, time served and what? Doing a good job of whizzing about ten websites and refusing to look much further. Now this country monk-ing must put them in a boundary when-to, and that be that.

All the while and awaiting some maybe-do Truthscoop news stuff with others to start. If/maybe, must get my balances and battles fixed. And pray for my selfish mission sake, we don’t, if I shouldn’t? (That’s so nuts/like saying ‘circumstances’ oh lead me on). ‘God wants’ is never forced upon us. Something Oswald Chambers reminded me of again this week. THIS – the why, the world, as is.

No, remain open to TS enterprise but within rightful confines time-wise.

Always not, quite getting it right (at best) – isn’t. Feeling need to connect with people is strong and somewhat right, but... through the internet? For me this is fools gold. Two people – the prospective T.Scoopers, enough and the occasional dear Jon. As for rest, it’s my earnest support-heart ever-cheering on. From a distance. Hoping, helps. And then there’s the, ‘have to contribution’ because if only enough made and cumulative, cometh the tipping.

Been internet blessed by God, to awake me and all-have up. Repented ones. As for the quite spectacular resistance by the 99%? Those not in this percent, drenched top to toe in distractions who, knowing or not, isn’t an issue. People who’d care to speak out and do, however little, something. These to shift their dull of mind and rebellion – and take up the cause.

Enough explaining to my no-readership, in many ways, something I thank God is the case and not, necessarily consider anything but affirming.

Have two or three prevo ...ok, four prob. more – pledged new directions. Of which, God somewhat warns against this. Least says – the one best sounds like a cliché but ain’t – say, “God Willing”.

So: God willing, God lead (this time) and not be stopped. Rewrite: Not stop.

Hey, let’s have a go at a word: Paul spoke of being stopped going somewhere by opposition.

wherefore we wished to come unto you, (I indeed Paul,) both once and again, and the Adversary did hinder us;

This adversary (and ones) is/aren't revealed, in any 'deal' with God. Yet, who is/are said to be/interchanged with God in one or two parallel passages, the trouble causer in O.T. times?

One theo explanation; Exception not ‘as a rule’. Or, it's a generic angelic/divine term not designating a fallen being gone to the dark side. Independent and destructive. This could be a progressive process, perhaps prior to the N.T.?

Another: Now the Cross has been won and done, the new way for all, to come and go forth beyond opposition, both inward and out. Through this. And all enemy activity divided away for destruction.

IF we hear right and go, most likely other-entities resistance, until we keep going and going and praying and pray on and... see outcomes and overcomes, from God direct. Might speak so and say thus. Or, relative silence. Even/maybe/rare as but, in the face of God speaks to us, and otherwise… even then? a change of God-intention.

The goal is gain somehow – ground, apprehend to God make real and now. Realised. On earth as is in...

Or perhaps, know no other, but have to do. One need say, ‘Peter in prison’ into one response and no let up. No other request. Only and until.

The word: God uses adversity and this can be a sign: to stop, or press on? Bit like this new-web plea and plan by me. Sure, knowing lazy not-doing what could be web-able wise but – this the answer in the emerging realisation. For God and me. Acts, and yes be yes.

Can’t say I glee at this kind of so-write to myself approach. Notes to and from a wanderer. Helps knowing, no one reading but is all about dealing with pride not letting this rise. I think? Not pride but if more and careless otherwise but ‘For God’.

Problems get going, when there's a crowd.

Bore a stray stumbled upon reader away? No surprises. But to write assertively in faith and power, the reason to plant a seed.

Images come v.quickly, so must the words. Power and love, looking for – is God 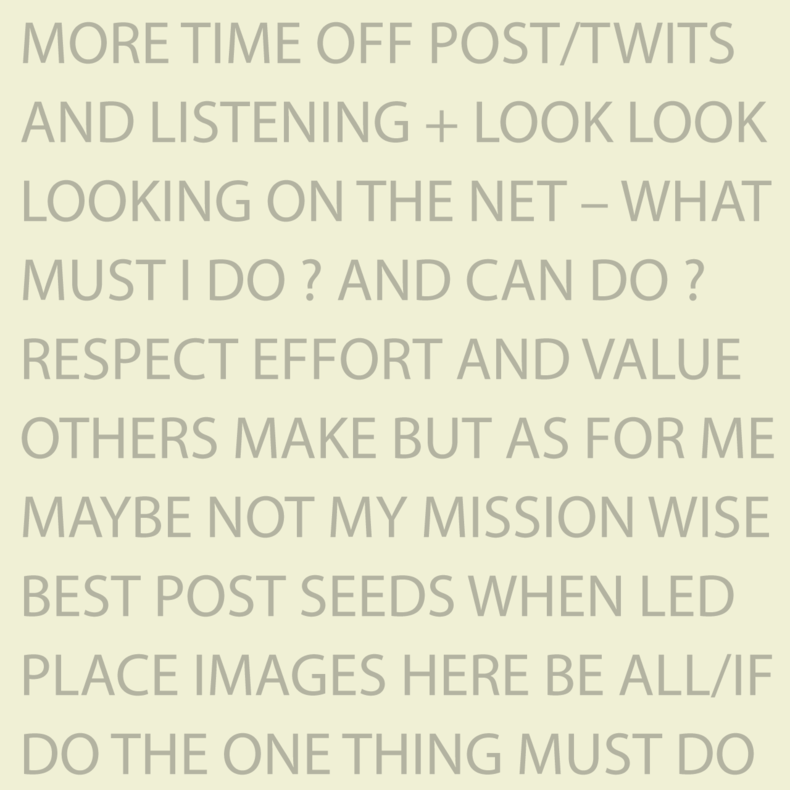 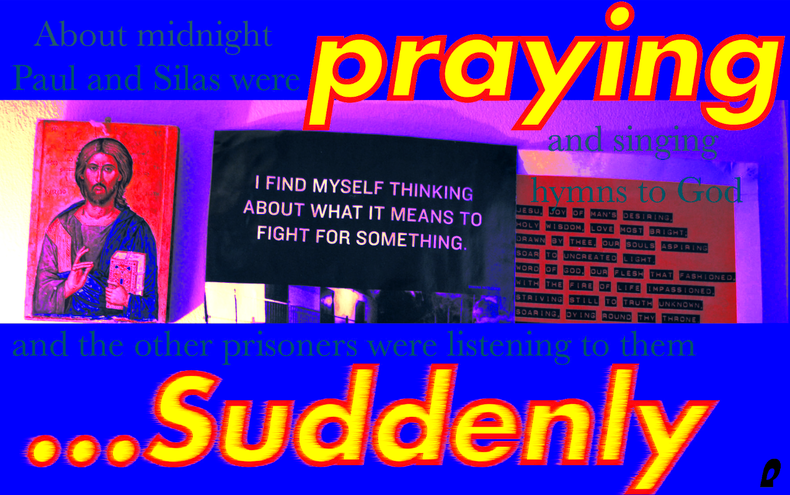 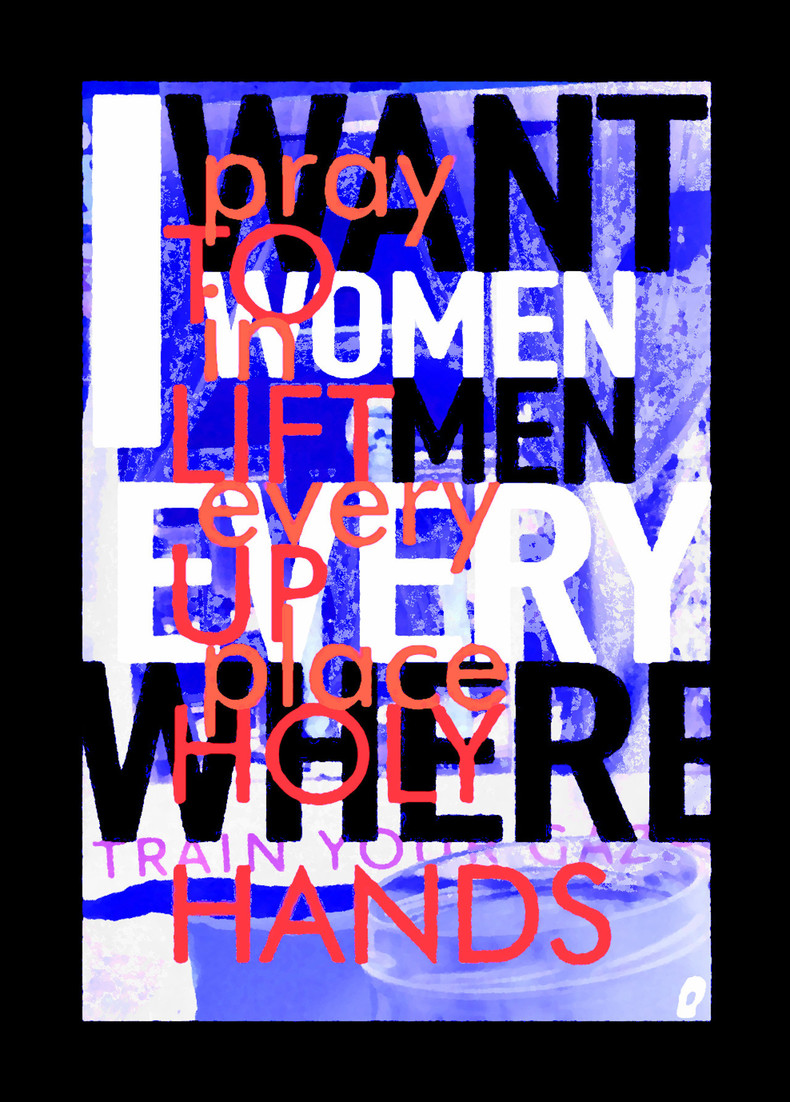