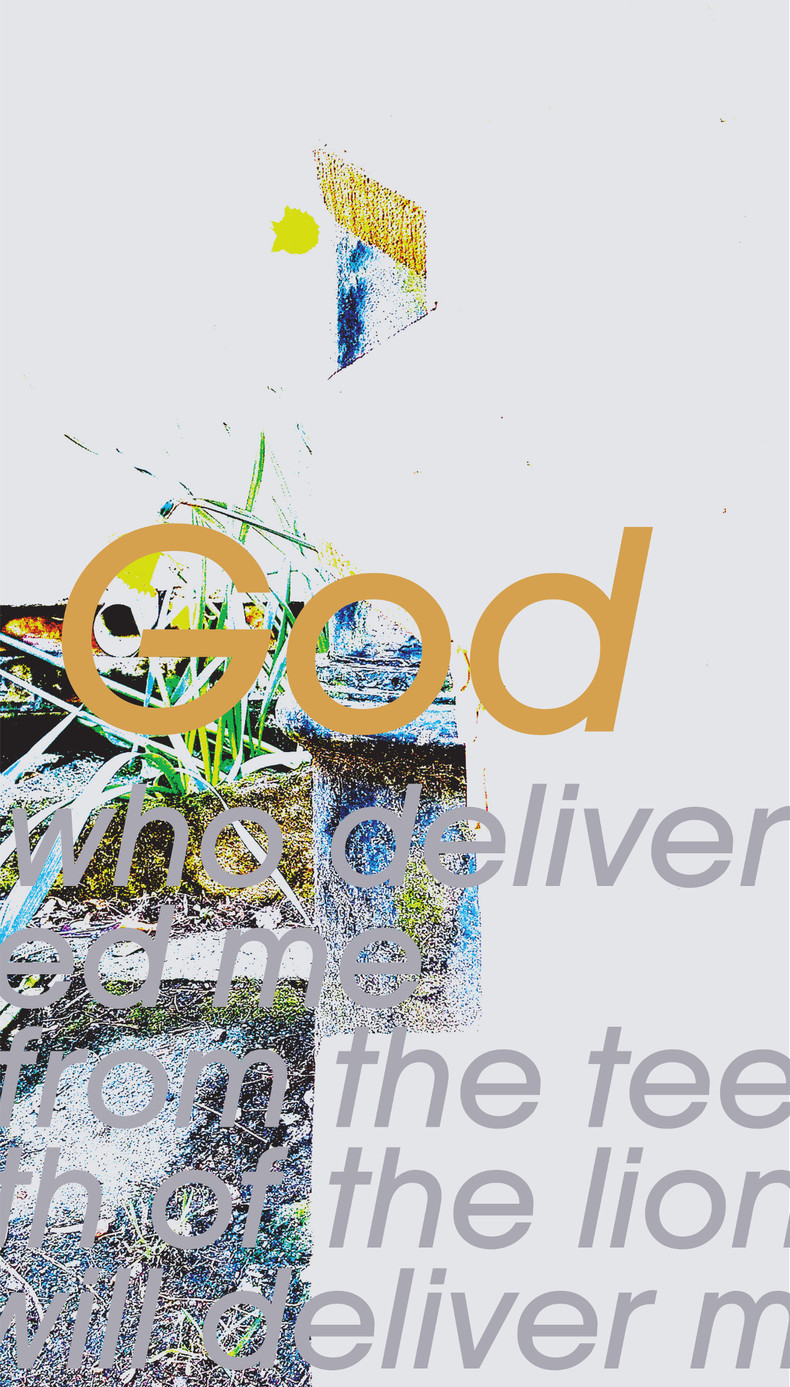 'David didn’t win the battle because of his skill, but because of his willingness to simply walk onto the field and face a giant – he believed that there was something that would fight for him – but nothing would happen until David engaged.'

In February from @realmarklandry link

'Far better to believe in a loving God who can't stop genuine evil than believe in a powerful God who could stop it but chooses not to do so.'

Which I replied, ' Yes. W.said. And wld agree (?) - not 'better' but biblical, and can't because-we don't cooperate? How far? Promises distance.'

Ain't: More-than fashionable culture, feeding on what the feeders want. The makers doing what most entertains – nothing more or less than this. A natural born thrill. Popular fascinations from sociology, trends… culture-breeding. Through and beyond metaphysical undercurrents pushing directions, some archetypal… blah blah blah. Etc. etc.

Is: (The shock that upsets polite and seemingly, sober-minded, visions); Tis over-lorded and planned by human 'followers' of God's enemy. These dupes, sitting above/within the boss/bosses, who're clear about what they're doing. Sick, dark-magic-art, religious, ritualistic, humanity-transforming, experiments. All within a deceived framework and yes, additional motives but not the most intent-destroyers; Executives converted to hell and their hordes. Religious nutters.

THAT by Faith will, through God, be defeated. Plans to come down… but how? By faith. But how?

Back to 'this lot', who manage to nudge and shape broadcast commissioning isn't all about expedienc to win critical acclaim and viewers. That's what most of the 'makers 'think' they are doing and their part. But those who direct the directing-commissioners? How conscious? Some and some. Who's recruited the more senior in their mega-corp you go..?

And the discernment trails away in a fog. (So far – God knows – and can/wants to – reveal).

What's not lost is unseen (no doubt) and psychically knowingly managed (to what extent) media manipulation is purposeful, increasingly brutal and intended to self-reveal the intent. Enough, although not – yet – fully.

The reason I believe this is because I'm one of 'em who see not 'a' – but The Goliath. If I read a bit para and mad, it's because you'll be a believer in the 'world too big and chaotic' to have an overly defined 'Goliath'. One who doesn't emerge from a warring tribe with regional concerns but like T.V. has considerable leverage into... the world as we know it.

We can see this story with David as representing all number of personal or global big bully oppression. Perhaps a sheer seems-unbeatable challenge of life. But there's one this one's ll our tomorrows, (at least in years not decades).

I suppose I stir that Christians don't see it. See Goliath knocked down for a time, for some more time for the Good News to go forth, which is how I read our mandate in this 2000 years so-far end-times.

Run out of time today… because I watched the 'box' last night and never got up in the wee hours. A prayer? Deliver me from the enemy that so often is manifest in electronic-based culture, reshape my thinking by life and truth not death and lies. In Jesus may I walk, all the way – of you.

M' message this morn, I will return to. Is thus: Faith came through David fighting animals. God gave David a hand. So remarkably, it should never have been a rescue without God intervening.

If T.V./media wants to promote one thing it's: have no faith. See the giant and bow to defeat. (And a lot more subtle/sophist… Incongruent and juxtaposing delivery in some thought to be secret 'knowledge' from ancients and modern depths of psychological profiling.)

God didn't send a something to knock down Goliath for David. The armour he tried to use is all our self or material mattering.

… all I'm claiming here, is God comes though faith. This is the great need for the planet. Yes, love, sure – hope is there, but faith: building in battling with God, is the one Goliath beating necessary.

Keep quotes down but started so… here's one to end and keep in my/mind re staying up late/because watched such T.V./don't sleep so…

'Napoleon Bonaparte made a lonely surprise visit one night to the outpost sentries on one of the vital positions of his battlefield. Stealthily he moved along in the gray light of the morning. One sentry after another immediately challenged him. Finally, the crafty warrior stole up to a strategic spot. There was no sentry to challenge him. The wily Napoleon moved closer and saw a pair of boots protruding from under a shock of corn and a rifle propped beside them. He made no comment - just picked up the rifle and himself stood guard, waiting for the awakening of the snoozing soldier. Finally the corn stirred, and up jumped the guilty defender and grabbed for the gun that was gone. Can you imagine his confusion and chagrin? What a bitter and shattering experience - caught napping by Napoleon'.