Took and used the picture of planes, a biscuit tin, because image needs must. At this rate it’ll become the way, (unless any/decent offers - see bio). The Battle of Britain wasn’t the all-romantic, all-our-brave boys and such remarkable against all-odds portrayed. But let its popular expression serve this post. There was grit for gunning on, including all the workers surrounding. This valour of purpose is our deep need. Contested by our ‘odds’ that we must re-calculate, in conviction and overcoming-faith.

With the usual eye on those of other-faiths and non. To break up (your) fallow ground, and sow not among thorns. Here’s a word I’ve come up with, something like:

‘All looks built to beat us, evaluated which ever way up? Looks all down. To gulag world order and their futile attempt to reconfigure. (If only they get the devil’s a liar?). Star-like websites, embers of hope, churn out the info - good soil - swamped in a firmament, a blind on blind mass. Syria - has been for decades - the bound to be front-line, in the regional goes global brink. Powers behind the seen-to-be jostling in a gamble with socio-economic consiquences back home (if only... the plan and their ‘only when’). Through to bombs at ‘home’ which central-nut-planners have been caught calling, “taking a hit”.

Is this week the heady significant launch-off, to the end of the world we’ve come to know?

Awoke-talkers carry something important for God. Insight, first and foremost, for the subsection of evangelicals who combine open with passion. Provision once recieved, to overturn their lack of prescient urgency and unrealistic collectivist political solutions.

Excuse my overbearing poetics but in reduce-speak: We need to squarely stare at the analysis and snooping criminals and have faith, without sympathy or need to doubt, speak/write/something-out. What we intend to see: Give it our all to happen. Further, if can, believe in widespead-escape and declare their defeat on earth as it is....

Bible-written, the insurmountable mountain, is for moving. The face of God in us, speak to it: Go - it must. Plant a seed, the parable, unveils the influencing levers to trap our attempts.

These powers aren’t all empowering-us, unless wholeheartedly and consistently embraced. We might not notice their prompts but they become decisive, primarily depending on opposing intentions. In the dungeon(s) of the elite they hide in theo-lies and drug-like intoxication (alternatively chemically induced).

Prayer and God’s workings are held in paradoxes. This said, a place for extremes, to make history.

God hears everyone sincere a-calling, whisper or a groan. Another use of ‘hear always’ gives to those he does and what they ask for. The only way through this one is a second use of ‘hear’ has more to it. Or... the apologetic bridge is thrown up, “yes but...” according to his will. This began its most admirable articulation over the turning into the Twentieth Century. Wesleys-way mission-ers, preaching the distinction between God's perfect and permissive will. An admirable pull-back from a New - rolling out version - Calvinism and its push to conclusions previously left ambiguous. In study through, this - Arminian - middle-way, makes far less sense than the open or closed view but in practical outworking, inspired heroic intercession and evangelism - and results.

A historical survey would see the not-perfect early church (read the N.T. arguments and strife), moving into a ‘Fathers’ period that had all the divergence of spokespersons in the infancy of forming explanations and theories. Yet unmistakable evidence it worked (numbers speak), leaving more genuine freedoms why-pray. Constantine and state-based inculcation on one side of this new currency; the other Augustine overreaction and re-shaping theology in neo-Greek thinking, as this pressed for attention and acceptance. The evil’s illuminates somehow successfully nobbled the Gospel. At its worst, a completely ‘another’ one.

The world wouldn’t have been a veritable heaven on earth if there were refutes with more popular appeal (of course the pop. not allowed). Although never really prophetically promised/expected, if enough counter had got in, we would have built a wildly different world. How the enemy needed to and succeeded nobbling; prayer and evangelism, church planting and prophetics to politics. Remarkably, over subsequent generations pockets of pilgrim churches presented and lived, much closer to demonstrating, a truer Christ witness than big Church. Even though, many Augustine-Luther-Calvin-ites couldn’t shake off Jesus' unqualified promises and call - and got down to it. Doggedly love so strong, the Reformation was a crest of martydom costing breakthrough but with this, set in stone, debillitating doctrine. Two ‘Evangelical Awakenings’ on somewhat socially-accesible soil. Off Jesus-message teaching maybe but grace and power breaking through. The only other move that shook globalish were ‘Pentecostal Pioneers’. With its second Charismatic wave, that broke by the mid-80’s.

The Book says, (and closing/until tomorrow): We’re ‘born of God’ by believing and turning in the direction God’s going. God’s consistency of character, self-loyalty and adherence to deepest justice yet freedom constrains engagement. This with all-power that these dynamics allow. We knows this life in us through influencing desires. These summed up to overcoming the world. ‘In dreams begin responsibility’ and charged to collaborate with God and bring this about.

God speaks to us (Bible) and through these words, into life, now. We appropriate and sow them back to God but in the other realms as we do. Words most powerfully spoken aloud. In lesser yet not without much merit: written, thought, scribbled and sketched, danced, sculpted, rituals done or sung. The prerequisite to sowing is giving out and back. In faith. Like farming it might require early morns, possibly some late nights (sometimes all night, suggested Jesus).

Then comes explanations between: Listen... will reap, to why the harvest is not on, or requires waiting for and on its way.

To overcome ‘the world’ can have more than one interpretation but it certainly meant the world they lived in, or more accurately, were ‘under’. The occupation, in WWII yarns of movies, are most-always far from historically telling. Jesus repainted. The occupation from this ‘world’ is written about in understandably coded language. To not think this was to overcome, whatever more universal application, is missing the mark. 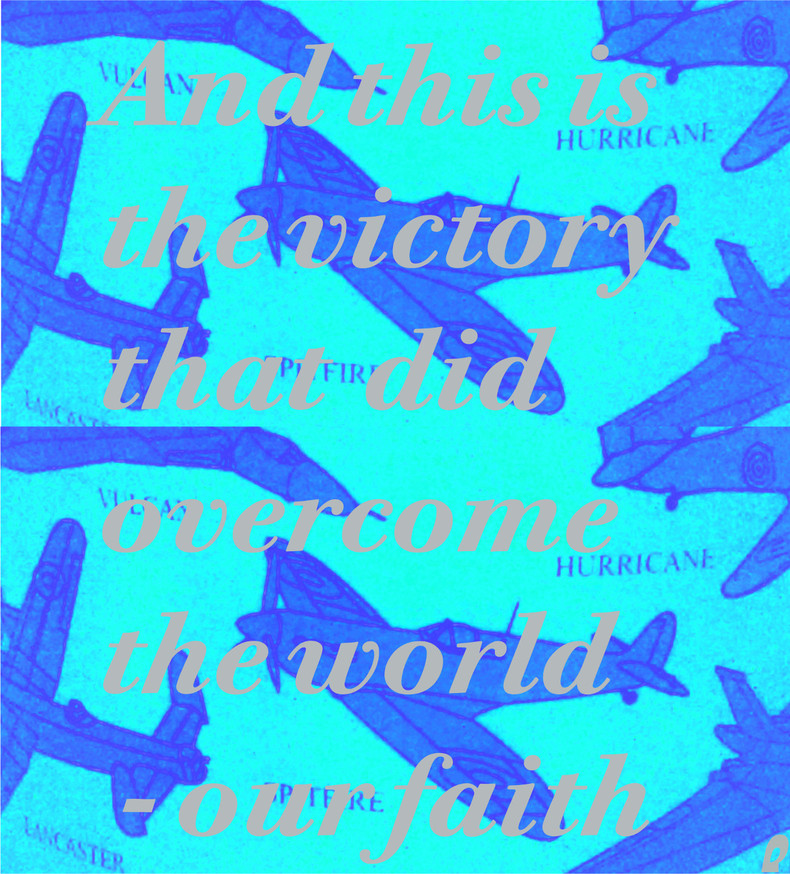