Flamin' Groovies - Don't Put Me On

Lost in the avalanche. So many releases, isn't producing recognised figures. Many of the young have little idea who they're, Spotify or version, playing. Take little note, who is rapping, producing etc.

No one spending money on it, happy it's accessible, and the most the artists gets, are comments on, You Tube etc. Even pre C-19 the gigs were monitored and that's if any venue or space is available. No CD sales. Minimal Ad. revenue from You Tube. The music made come without payment.

Next, the venues had to provide the artists personal details in advance. With it came, 'orders', through the courts. Banning certain individuals from performing or making music.

The Taliban would beat drivers of cars found playing copies of 'Western Music'. Same mentality. Words and songs deemed anti-social, and must be stopped.

Avelino... and UK's stars are on the pitch with hundreds to 'play against'.

His US equivalent would be pushed to the front of the radio playlist, with promotion. Get a ride to financial riches. Albeit, a debt-based, earnings scheme.

The US has lost 80% or more of its UK young fans to homegrown artists. What isn't comparable are the lives, making music. Avelino hasn't got a Premier League to be in. No magazines with critics and charts. No tours, with interest seen in demand. No Summer Festivals, or BBC coverage. No daytime Radio One plays. Fire in the Booth, Westwood, on Capital, exceptions. Pirate radio has been run out of town.

Oh, I know where they've got us?

Find an Avelino song, and that'll do today.

Off until the morning. Off to grieve and wail. Should and, best. Once I get down on each playlsist will be back on Avelino. Have something good to say. 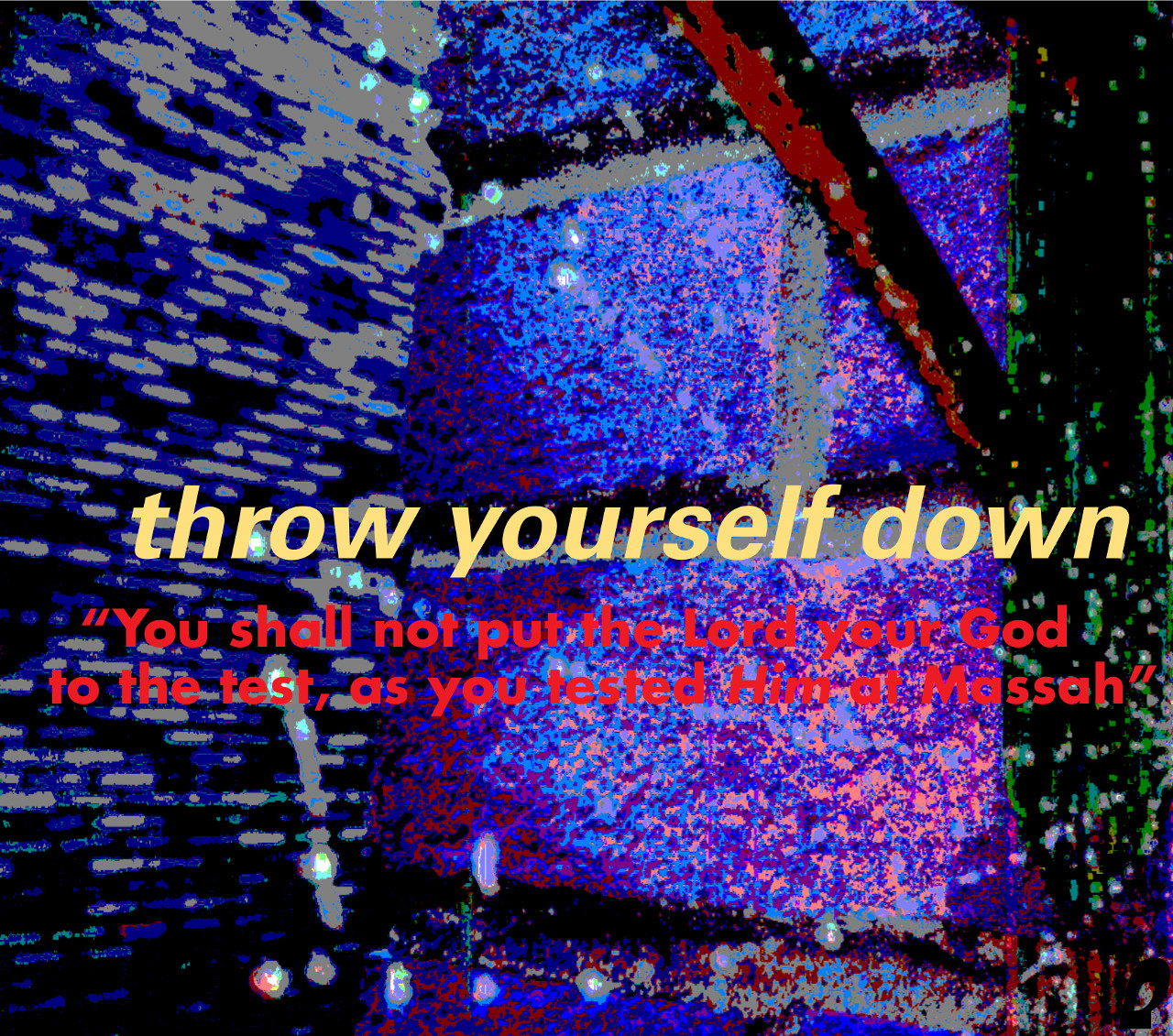 What do the data and able to predict, see?

Taking today in consideration, there's not a whimper. Half the population, are as open as need be, or out, and in public. The fifth or sixth phase.

By Summer next year, not knowing what state of poisoning, we'll be in? Or, ...opposition?

Brexit was the big UK, Awake-someone, 'pill'. Prior to the set-up and inner-fighting to disparage, mock, and bully, among sides? Set up to fail. An awakening, turned to apathy: "they'll do what they want. What can we do, anyway"?

The lies and crime; gets bigger, and bolder. Despair and fear are setting in, and, so is the awakening, shaking off the 'bullshit Borg'.

To hold out against the 9/11 Conspiracy Theory, goes with; 'C-19 couldn't have been Govt. complicit and collaborating, false-flag'?

"Because, as with the said, ludicrous idea, 'Bush blew up the towers...'

Fails, on motives; and/or, State-type apparatus, having capacity to manage. The numbers who're required not to disclose their observations? "Come on...", smacks, the State-god-believer.

The wearing of masks, without the business etc., prescribing, we must?

Another conspiracy theory, like 9/11, and so; 'Masks' assert, who's side someone's on.

People wouldn't read, what's written here? Because, it's a "theory", and disregarded by the countries, intellectual-representing ambassadors. Left vs. Right, In the EU, or, out. Liberal, and conservative. All agree, "you're pushing too far..."

"It's not true, and ought to be removed from the media-scape."

The way to keep the naked emperor, clothed.

The gate, where the elders gather. The free-thinking and association of ideas.

Read the newspapers, see the news? No, conspiracy theorists allowed, unless to attempt, stitching 'em.

"Fake news", which the authorities, are hammering out of public discourse.

That alone, is a disturbing reaction, exposing the anti-conspiracy types up.

In the late 19th and the early 20th centuries Marxism also promised to unite us globally, make us a fist of resistance in the name of worldwide proletarian revolution. At present, it is actually the post-Marxists who break us into biologically driven identitarian fragments, and it is global capitalism and some odd tycoons who unite us by means of global fear. The threat of global apocalypse is there to undermine: the national state, local markets, local manufacturing, the old elites, the old traditions and any other recognized hegemonic setting. From a globalist perspective, it is hard not to see a certain continuum between the Marxist global prophecy and the current globalist apocalyptic ‘reality.’
Apocalypse Now!
Gilad Atzmon• September 4, 2020 • 2,900 Words • 341 Comments.

Freestyling, was Oswald. Misses, jotting it down, as preached. In a tent, Egypt, World War One.]

We had better access to dates and details, before the internet. Journalism is time-consuming because the internet promises archives but no one cares. Not enough to do it.

Take the gigs at The Roundhouse, London. A list of gigs, the late 70s?

Nope. The end of history? In that sense, well on its way. Putting up a fight.

My historical study is pre-internet. Or, on the cusp. Bundled up in 'Road Rap' with minimal...

["Be Honest"] No, nothing... out there. Video discussions, but, written up?

Writing, is so…, not, New Normal, eh. 'Video days', and an advancement. Why , limit ourselves to typed, or written, words? If we do, keep it to little bits, and lots of pictures. Too much text, is a no-no.

You Were 'Internet Bad Man'...

'The barbaric scum that white liberals have created.' Paul Craig Roberts' title for a video of BLM, 'swarming'.

These are men and adults. One common factor, Pee Wee and Jorges in direct statements. King Tone? Written, all over him.

Worth a deep ponder.

The lifeblood of humanity. It's why we're here. The people we're from?

Different. Our mission, isn't to be like new, or old, normal.

Back to 'original roadside OG' and then, came the internet.

Same as 'trouble with the drink'. Same as heroin. Same as sex.

As for credits and music? Artists, have all but, given up. Producer/s are my interest. 'Nothing written', is the expectation. Often not named, clear, or in tags and codes.

Over fourteen, and 'Friars'. For me, a touch early. First in, and on that night, at the door and into an empty hall.

Would like to know the details and date of an early-for-me gig. Looking up the Roundhouse was my 1976 or 77, and one there. Tell you a story.

Lost, in the hole.

Koffee does a Chappelle. Waving the banner for a PSYOP, isn't suited to the people, but the elites. Not a message/presentation, for the people, it's for the 'other lot'. And, stretching nuance, there can be, re-appropriation.

Dave goes straight from BLM waving, to Kanye West, and the 'back to the land' project.

My feeling on both. A prudent move. No way, was Koffee, left to that decision. Her... thing. She's the most coveted pop star on the block. Not one of the top lot, wouldn't let her grace their single.

It's ok to do it... it depends, what context, and commentary or not, that follows?

The most controversial rapper and comic, are so, because of their relative silence.

Hold judgement, and what they mean? Will come to, mean?

The US is 'compromise city'. Confuse city.

Jamaica and the UK, 40 years ago, Rasta man and woman influenced, isn't.

Hence, Reggae and UK underground Hip-Hop, off the invite list. Aka., Distribution, and Radio.

Wayne, one song in. Not feeling like going, "next", yet.

More than happy, to give Glory a rewind, or two.

Got to say, it's very good. No surprise why he-so-hot.

Skinny Man days, his mate and producer, and my friend Paddy, told me about Lil Wayne. I was trying to ride underground, get him to teach me Hip-Hop. All agreed, most-able teacher, and DJ. producers' producer, well-connected and respected.

Wasn't supposed to name, him.

'Pad', said, "but if you want know where it's at, and top, be Lil Wayne, for innovation, and cutting".

Twenty years later, the controversial rapper, in the world, is Lil Wayne.

'Glory' might be the one and only song, I've heard. Couldn't, say or name, dot about him.