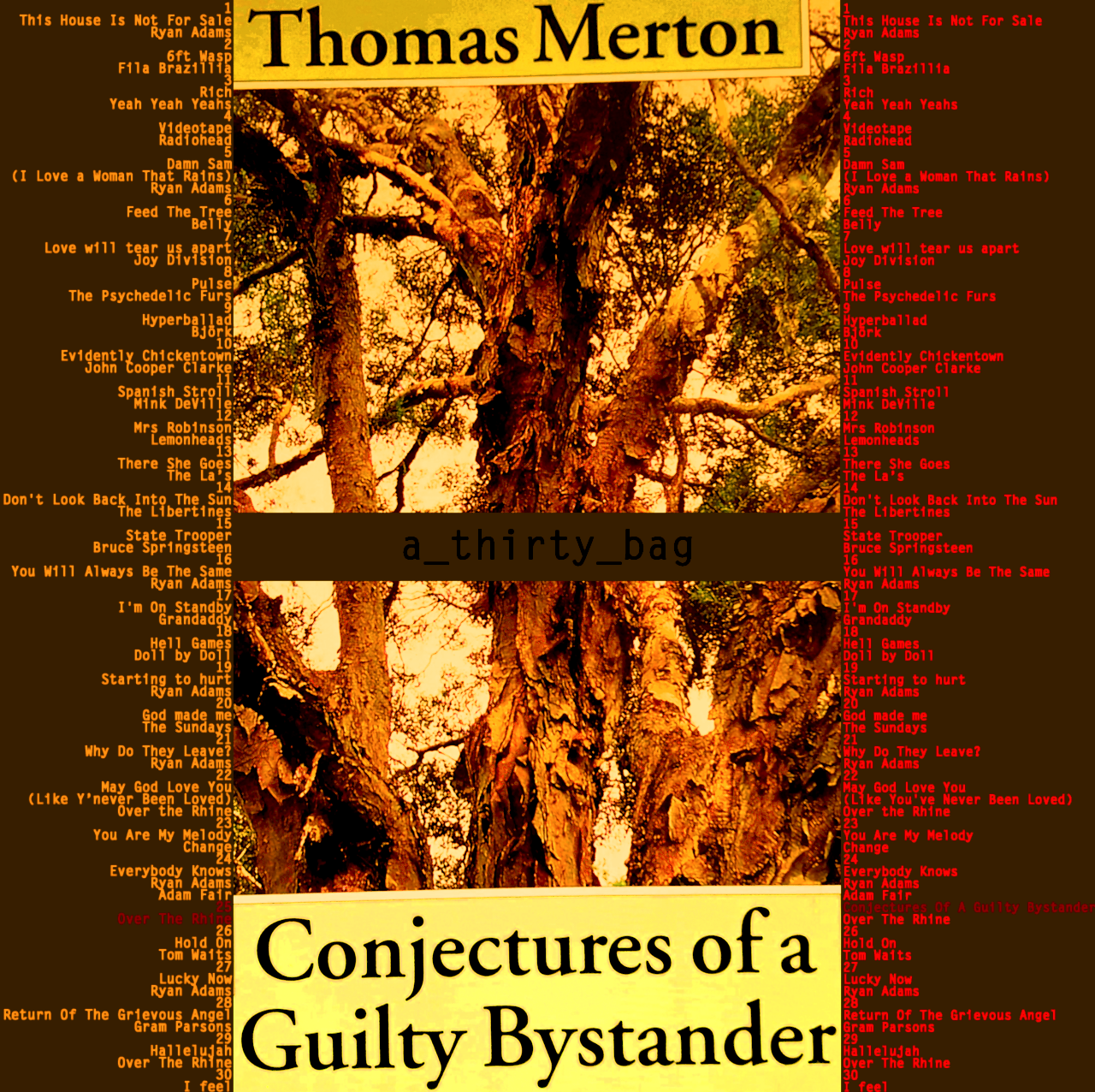 Another song and list, and images... Be like running a disco and putting the light on and spend ages making playlists, no disco. Writing about and what about and... no... All-up first impressions/meanings/messages. Every worthy-one. Be 500 soon. Think:... that'll be enough, eh? Too much preparation and set-up. T'day: more, 'other-things' to do/now but before crashing later should off-load. Full-up yet gauging on more.. Gagging-to, even. Hard but mustn't keep looking on-and-on... John Cooper Clarke has me down [on the last post], and clip on technology. Here's twat.

Putting the latest Lionel up. Missed linking him a couple of posts ago. With that? Gets my typical response: Increase the t'scoop prominence. Haven't the time to hear but can trust Lionel to never be less than good and vital. Rarer by the month, any of that. Remember the first time he went on Alex Jonsey. Met for the first time that week at a indie. radio event/fare. From thereon, the years of observations expose any masks. Almost impossible not slip and blow cover. An understandable peer-like allegiance develops. If there's too much concerned diplomacy. Too careful not to wobble a school of thought' red lines. Once the budge, Truth-exploration, bows to a truth-opposing idol.

Bloggers, James and S. Awan are as independent as it gets. The boxes applied to most speak-out types, are stuck, where they're concerned.

[Side note and hot news: S.Awan, aka the burning blogger is well-underway toward posting. For me? It'll be educating and cutting, with interesting side-notes. The reading I like and need.

Together with James, 'we' have our areas of art and life that intersect, and zip-off. S. Awan is tops on circa., 90s music. US/UK grunge, garage-band, psychedelic, singer-songwriter, rock and whatever-rolled hardest.

For us it was 'Anarchy', for the teens in 1990 followed Fashion. The kind authorities and chattering lot, don't get/don't want/won't. TV and radio tries to steer away until its co-opt time. For new fans an immediate new love and divorce. Out with XY and Z, and in with A. Looking and wondering about B and C?

For teen-2020 it was a double-whammy: 'Vossi Bop and Wiley Flow'. Sure, sure... context, differences, blardy blah. Yeah, I knows it.

One knotted idea before (I) get on with what gotta/not this.

Karaoke is the new authentic rock and all, experience. Anyone suggesting it a year ago? I wouldn't have seen it for a minute. Having said that I didn't see 'grime and drill' etc. Karaoke can't remember when I went. A persistent non-attender. One gal I knew did love it, a not-girlfriend but like-one, friend. (Not that I would.... like, enough to... Marry her (albeit paperless, except any home-made 'printed matter'). She'd come by and playing music, before you knew it, off she'd launch. 'Oh can I, put something on?' Suppose it showed me the pull and growing desire to karaoke.

One misunderstanding was about the dear gal, all into 'doing it better'. Although it might be a factor, now converted and mine eyes can see, reckon isn't a lot or at all, about a 'performance'. Notice, it doesn't make a quick listing. Wouldn't want to convey any 'stars in their eyes' impressions. Karaoke is, as in: rap / clubbing / a gig / confession / therapy / drama workshop / family around the piano / ritual / DIY / punk / disco / no fake polls and pushing choices, or suffer, 'trendy but tosh'. Undermines pretension and/or proud to be hip, at the expense of curiosity. Could be takes listening a bit, or admitting like something as much, and it's by ******.

There was a radio show in the 90s called Guilty Pleasures. A good shake up and listen again or across the fence. A 2020 + is the absence of guilt and musical likes, or not.

Of course, karaoke works for the young more than ever, because the 'not-into-that??' = 'a lesser view of your tastes' attitude is defunct. Sound silly in 2020.

In my Yoof, you were into football, then music. Path of drunken fueled mayhem and all night blasting stereo and gigs galore. A stoned obsession. Or?; Not a hippy/punk, you were deemed 'straight'.

If not, gone from the lads a lad-ess life, considered 'growing up'. Better play the radio and go to a disco at family events. The extent of musical passion.

Altogether different landscape today. More 'a-music' types (as in 'a-sexual', and not so into/or bothered about. Fair enough. Anything to get us off the net is by and large healthier and happier-making move. As for productive expression? The net is good for some, see them on You Tube. Everything 'out there' is designed to bend and pummel out any thought about be anything but a consumer.

'Leave the making and thinking to the pros'. is masked in all kinds of' reverse-psychology.

Back to the K. wave.

Karaoke'rs, aren't asking for appreciation. Yet, never close to anyone not being. With justification. But who says anyone goes up [and not me, so far] for the audience, i.e. people in a quite-ish pub? A loved one or two among them is as far as it goes. Across the whole space, people are paying singers no mind. Appreciate the music, like a jukebox that goes 'live' every now and again. Teen spirit thrashes on and it isn't Kurt, but 'Kevin'. All that to big-up the Nirvana breakthrough world-wide biggest smash. My dozen or so times can attest it's 'in or about' the most requested song. I'd say that says the most about the depth, power and reach there. Don't put it down to age and the group who grew up with it. No, to make it as a 'karaoke' popular choices is the highest of compliments. The participators span the mix of local community. Local? Remember that?

Might flunk and do more tomorrow. The songs to write, from?

Wow and what a lot.

Peace and keep on moving.

Another song, plenty to say to be written about but... I'm on standby.

'God made me', will come out. First-time impressions, all the songs encourage writing, with plenty 'hooks and whistles'. To write out of, or from the words is intended and specific context.

Like to think, here and there God can get through: through me. Hooks to put the 'world', or Plant a Seed side and 'God talk'.

The whistle is what messages can come.

Not here to start on, suffice God wants us to stop, start, listen...

Play The Stylistics -- Stop Look Listen (To Your Heart). I like to go with the gospel one from 80s. Goes; Stop, Look, Listen the voice of Jesus calling.

In a while, going to listen to the first 'talking' online for a few days, for a second time. Played it before writing/this.

Thought Steve Hughes? Find on something. He comes on/vid. set to play.

Will listen to the first six minutes of 'Steve' a couple or three times. Nothing to remember, not when he sounds 'like me' and echo his sentiments and expression.

So, not about learning, what, why..? Add to that: Not listen to anymore from the discussion/chat? IF I was more free and easy about listen carefully, what and 'how' you hear. Know it would be interesting, challenging (hope so) and sure to learn.No disrespect to presenters or show. And differences on theology is of no influence in listen or not?.

Depends what you hear, how you interpret/re-interpret and do-what-with, the question important but easy missed.

About an hour. Tell ya what I think, am doing.

[Back and honest, I get re-ecstatic over something and if it happens to Changes' Melody I'll play it back to back for undisclosed/sounds extreme. An hour or so, get-down-on-it, at a min.