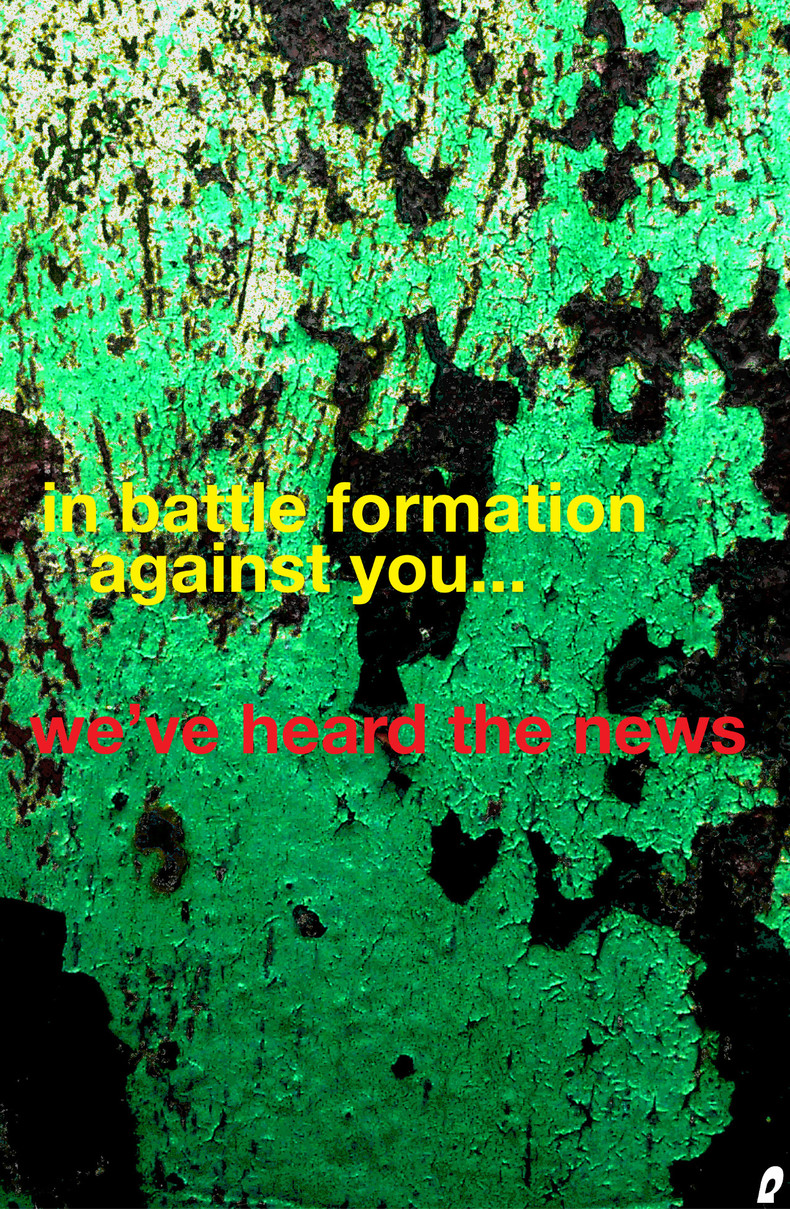 I often write and later think twice. On Unity (yesterday)? Should add: The internet is racked and rattled (parts I’ve been), with a certain self-indulgent crit-ing. This hasn’t necessarily contributed improvements in how better to wrangle a corner/than not.

Noise from this, causing many over the years to Esc. “The internet? - did that”.

A form of disunity: Withdrawing. Not necessarily all-hours makes sense but a even few minutes, active in comments, here and there?

True, Jesus-following, truth-searchers, either shape up or shake out. I believe all but relatively few - of the, not so many anyway - have been put off.

Too many jaded and jilted. Over my year or two more-involvement, observed the pace increase, in less comment-ment and care. A couple o’four times I’ve defended those attacked and so could be considered joining in. Again, enemy central: Turn self fears and frustrations out on someone who has another opinion.

My experience has been on a handful of beacon sites. Reading and viewing the truth-world (news and commentary-wise).

Specific instructions keep coming to me: If your brother or sister sins, go and point out their fault, just between the two of you. If they listen to you, you have won them over. Go point/email privately. A word/a note.

This links into ‘more open engagement'. A lot of what I write surely comes across as just a touchy, mighty, glib. Patronising. This one certainly could without saying a bit more.

What I’m tryin’ to put forth - is this: Christians have tribed up on the net. Strength, especially if taken further, with stronger informal alliances forming ‘koinonia’ - and where possible makes for any physical contact. Yet, from early ‘net’ dreams, there’s been a lot more of the opposite. A self-perpetuating downer, the peak and gradual decline of, “websites? Love... the possibilities”.

One enduring rev. coming on Twitter, is how few use the internet and what little there is out there to read and view. Again, this game-planned by the controllers.

Enough. Boring myself. Here’s a word. One I had before... throw yourself down.

The test was, and is, about self-destruction. The gods of the people around us are for this.

If this is so utterly the case? WHAT..? We cannot be-thrown, or let’s say ‘could be’ but - not. Once laws, now the Spirit. And the thrusting out all your enemies before you. Before - us - all. World over. Every peoples, nation, tribe...

I was going to do Lamentations but I want to write-out, ‘we’re still not there yet’. Last freedoms,what will we do with them?

We won’t avoid social collapse, tumbleings too under-way, but more... (some?... a couple... one?) progressive/s firing up for desperate and gotta-prayer etc and prophetics?

Anyone - up netting - with this call? Anyone? Aghhh... better do, and that’ll have to do.