I AM A TREE 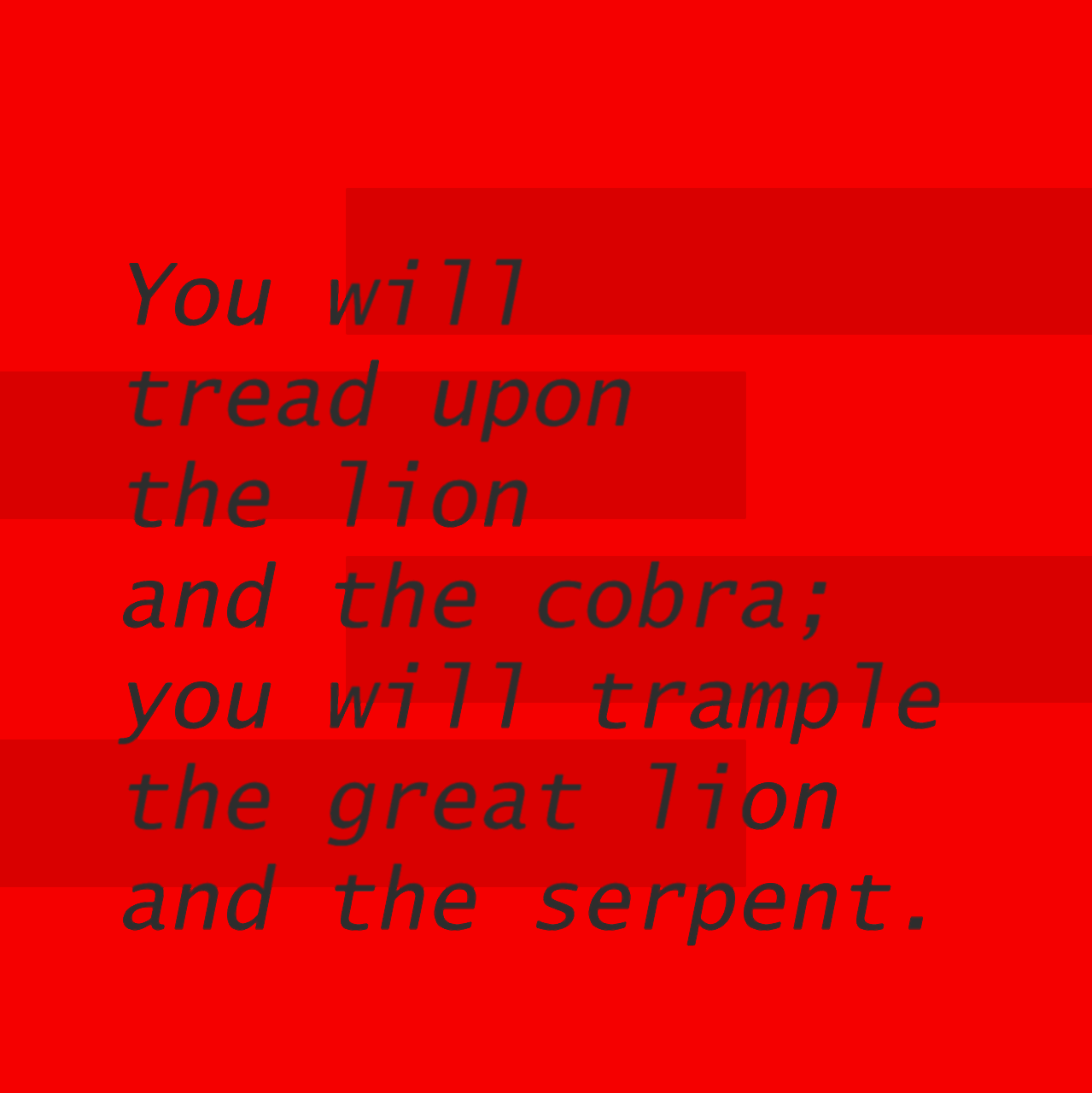 Doh. Pressed 'publish' and haven't written it. Start with a title (came first) a word from a song? Went to 91, as promised. Do a graph. All ready for the morn, apologies if alerted but have to wait till then.

Found some verses to keep us going:

Live in me. Make your home in me just as I do in you. In the same way that a branch can’t bear grapes by itself but only by being joined to the vine, you can’t bear fruit unless you are joined with me.

I am the Vine, you are the branches. When you’re joined with me and I with you, the relation intimate and organic, the harvest is sure to be abundant. Separated, you can’t produce a thing. Anyone who separates from me is deadwood, gathered up and thrown on the bonfire. But if you make yourselves at home with me and my words are at home in you, you can be sure that whatever you ask will be listened to and acted upon. This is how my Father shows who he is—when you produce grapes, when you mature as my disciples.

Writing here is a version of public confession. An absence of posts says something, in itself. Having nothing -- or near on -- to say; More signs, not all as could or should be.

Not playing the chorus jukebox, another tell-tale. Last night, during the obligatory, have to sit in front of the demon box, aka the TV, played one and kept on repeat. Squirming-shut-ish eyes faced TV awards for Soaps and stuff. At one point, David Dimbleby got a long bit about, and a longer acceptance speech. No sound renders TV somewhat impotent. Sound -or- vision, (like the first faulty TV ever-had), is leaps less potent than the dreadful combo.

So, a message is..? On the latest re-start the seeds post:

All the noises and looks, feelings and go here. Get to the next thing and run from the last. All a-buzzing about. Or... door shut, park's quiet, say, waiting in the car? And do we, click the switch, for a techno-invasion?

Must say, heard Radio 4 drama (few times for a few mins. recently) that had something. No to news and current affairs. C/o any Beeb and like, are dirty waters.

Back on message: Force feed and fast. If, our passion is to know more of a connection and communing one? Got to be: Without... Much Else.

Road to ruin is the 'abundant life'? Merton mattered in the car for twenty minutes or so. Aides and bolster's us-well.

Radio off. O'course. Open big bible on the passenger seat. Forced to wait, a blessing and no disguise. Turn off to turn on. Tune in, we... tune out.

Choruses help. They can sit odd and project disquiet. Somehow, something... else, kind of music.

Personal diet confession: A recent romance on and off, now all Off. Played and danced, the bangers and beauts, in the kitchen. Now, on tod. No music. Pushes the options about. 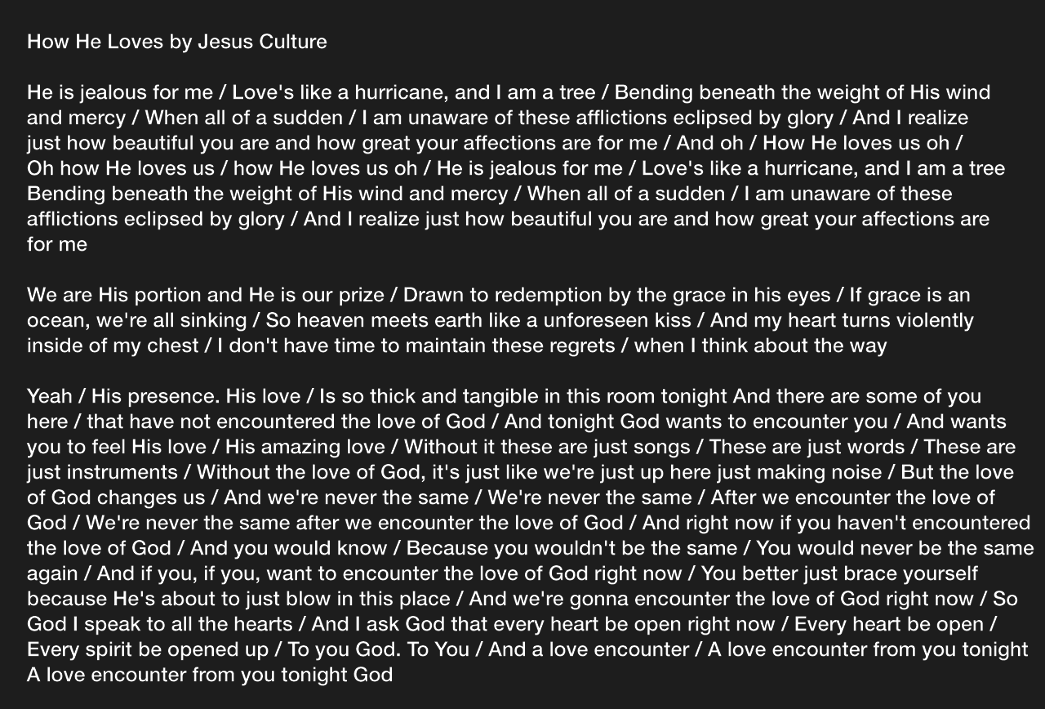 Now, immediately see the difficulty for all but jumping, Jesus nutters, being into. Can't say don't understand but they do their very best and quality with a broad appeal.

It's not a 'band' and there is no competition.

It's not a performance and there is no audience. There's this.

Might do well not watching - or do. How about, try watching, with the sound off?

How He Loves popped on the list, punched in last night, knew it... but, hadn't been playing so much any.

The line. A service. Medicine; open wide, swallow. Take the tone and let the 'atmosphere' and more... welcome, Jesus.

We - go God getters -- need celebration. Progressing out of redundant forms of participation and gatherings, escaped into, contemplative grooves. And clever smart chit-chat. Ambient exercises were an easy solution. Not so, un-kool about, in their doing. Quieter and respectable. Inclusive installations of subdued safety.

Wrote about NOS, has some backdrop.

Teach me, try, two-hitters? Late last night, getting into bed, and -- think -- "set me up and 'have' to write tomorrow".

Think? Might do the song in a min and, not... want, to hear it? Right about now.

Like you, might go aagghhuech, or something? Is-awkward-ish. A bit too, up close and personal: God... stuff.

Only once before did this and add vid.

Stay fresh. Awake and embrace, [I] am a tree.