[Commented: New Fan, I Will let you know if I get to write about you, Proper. http://www.plantaseed.org.uk/b-h-s-sleaford-mods Easy slipped to the top of the queue. I didn't think, recent as last Summer, much is going on? Other-day got to check you: and, "Bingo"/Three Bells, and WinneR. Last November, tried Drill and Grime... When I'd thought, Nout-'happening'. Couldn't have been more wrong. Outside, social housing 'dealers' and crews, families and friends? You're Something. You're sort of... 'in and/out' the UK under/over-ground rap-lot. No, 'in' and progressing the variants. Class. So thanks, MJ. 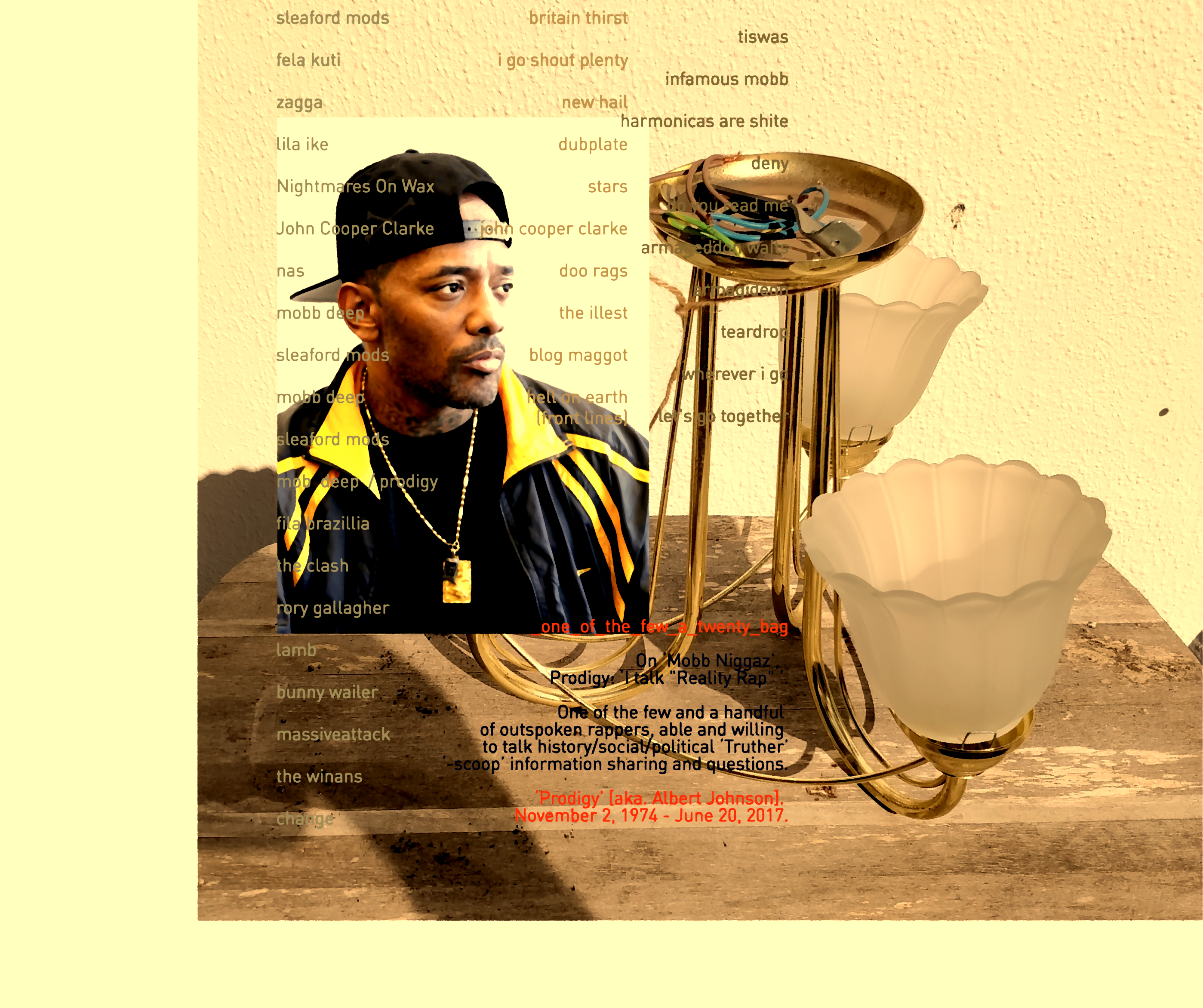 The Land That Time Forgot, its on repeat
I can hear the screams of people, who wanna be me
They wanna shave my tum
And tell the others they were the ones who made me
Who made me
I've got called an anarchist
That's for the middle class trainspotters
I don't want my dog on a string
That's gonna hurt the thing
We got jobs in the mortgage clan
And a car with a smoking window, dad
Blowee.. to your life and lob it right off
It don't make no sense I know, look
The dinosaurs are stuck on Denmark Street
The boots of Hendrix lick my feet
I'm not bothered, I never was
Here's a crap caravan on Tiswas
The dinosaurs are stuck, no way to get down
The meteor sinks its teeth in the ground
I'm not bothered, I never was
Here's a crap gag from "Spit the Dog"
Cameron's hairdresser got an MBE
I said to my wife you better shoot me
It's all gone, what to do I do
Tell my daughter it's not true
Tell my daughter it's all gone wrong
Pete Tong, Pete Tong, Pete Tong
Get out of the mood
Get out of the way
Tiswas. OTT.
Tiswas. OTT.
Tiswas
Sleaford Mods

Best thing I've heard in ages. NOT... to do with being Tiswas' CBS press officer, and organ-asized the shots and a video, now found and forgotten existed. Find time one day to watch/listen. For now I need the Tiswas anthem from the sparky, Sleaford Mods.The song's wild. Playlist for Saturday Morning, ought to do. Be like/was; Cartoons, e.g. Foghorn Leghorn, Will Hey. Amanda and I and breakfast, after up all-night before, ["Hey up, Kris (Needs), and Colin, KT", etc.]. A ritual. Fry-up, before, lunchtime and, "down the Green Man".

Another ritual, esp., on a weekend. The shout, "dying fly" caused an immediate pub floor of people doing this: