"...and if i ride my way across the shattered stone."

Triste: 'The Sexual Loneliness Of Jesus Christ": Was that anything to do with the Nikos Kazantzakis novel, or the later Scorsese version of "The Last Temptation Of Christ" which portray a more human Jesus, or was that just coincidental? A case of parallel evolution?
:
Jackie Leven: No, no, that was completely coincidental. I haven't seen that film. I just like the idea of the inarticulate Jesus, and people coming in the room and saying, 'Jesus, what are we doing?' and he says, 'I fucking don't know!' Because in the Bible, he always know exactly what to say. I said this to someone recently, and they looked at me and said, 'That is the point of the Bible, Jackie.' And I thought, yeah, but there must be a kind of 'shadow Bible' in which Jesus was interested in pornography, which they had in those days, and he must have had things that he wanked about, and stuff like that, like the rest of us. I wonder what all of that was. And the loneliness that attaches to that kind of private masculine, and feminine world, as well, you know? There's a kind of solitary form in which we all live. So I think I was just saying, that's true of him, too.
:
Triste: It's funny you should mention that because there are many apocryphal gospels. I think it was The Infancy Gospel of Thomas where Jesus, as a young child, was using his divine powers in sometimes a malevolent fashion, and obviously you could say that these aspects of his character were later suppressed in the approved canon.
:
Jackie Leven: Well that's very interesting, because I don't know anything about this, but that's really interesting, what you're saying.
:
Triste: Some time, probably in the second or third century AD I suppose, the Early Church decided to sort out the canon of texts which were acceptable to their view of Christianity, so some writings, which didn't conform, were chopped out. At least that's my personal reading of the situation.
:
Jackie Leven: Yes, that's very interesting.
:
Triste.co.uk/leven.

Well, ...all know, my reading, and upon historical evidence, 'differs'.

Blessed someone pipes up, and 'interesting' it is.

Much of what I’ve written has been deleted and I don’t keep copies. Discovered, Veterans Today, and half a dozen long-comments are gone.

Burning Blogger Of Bedlam 1. down, took a lot more.

Response? Re-write. Once before a comment didn’t get up on Aangirfan. (During one our ‘tiffs’.). There, coincidental, and even with V.T., and expect, 'all down'. ‘M’nah inclined t'look’.

On VT, the roots and shoots of Christian Zionism, and; Evangelical definition and history, on Aangirfan.

On Aangirfan: "Seen". Goes 'up', before watching.

Tomorrow, Plant a Seed, ‘If I Were A Rich Man’.

Off out, and music for the journey?

Or..? NYC, today, and experienced.

My comment on Truthscoop and Jesus being gay(?), was about the limits of information-disclosed, and definition of word/s. Being gay(?), is an open question. Jesus 'unmarried', would be exceptional for the time. Skin colour: more 'black' than 'white'?

The answer to the 'Biblical silence' on such matters, and image from 'Truthscoop' Sunday School', 'first mix': 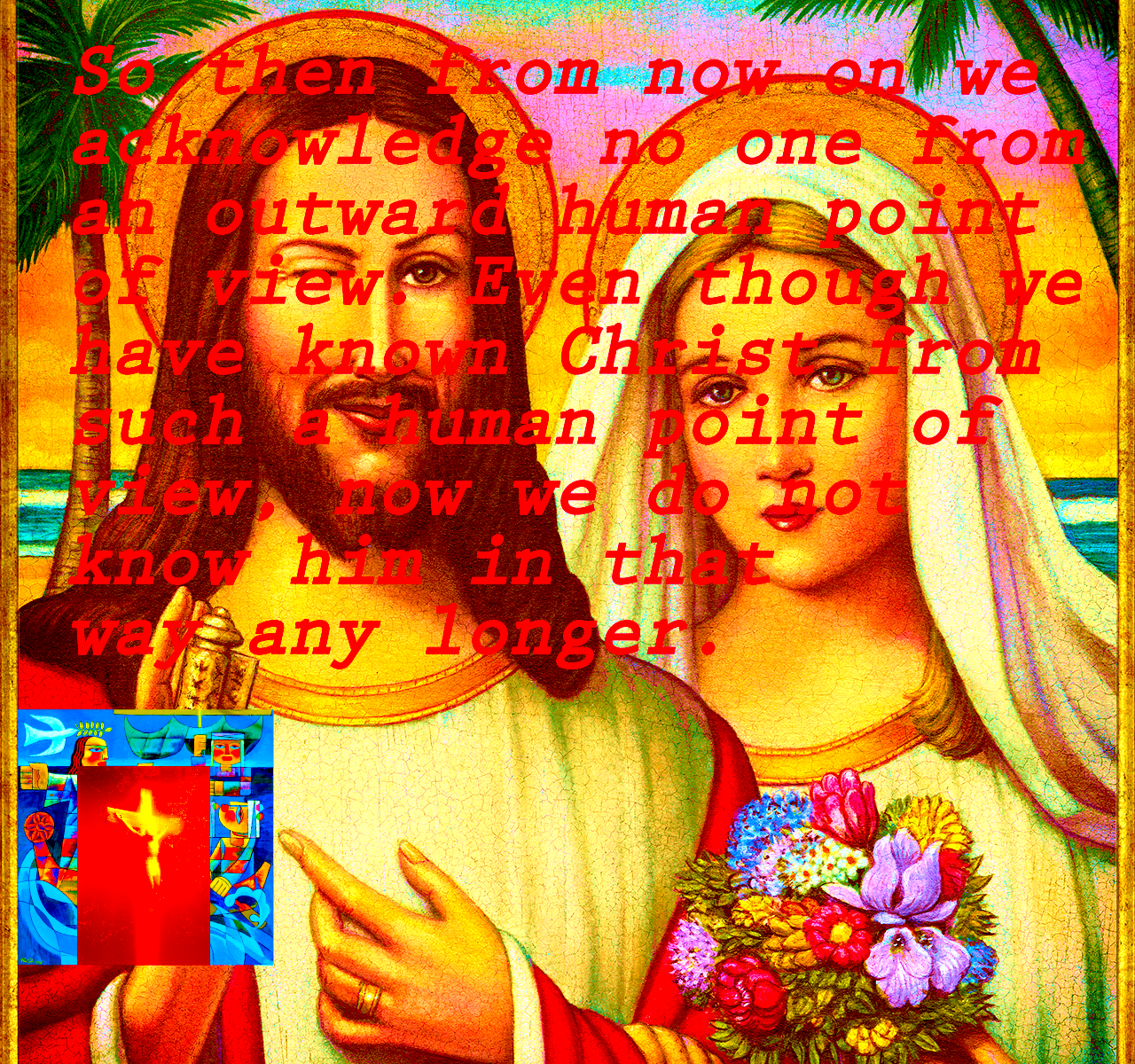 This one plays 'on the page' and the one above, only on YouTube. Not so sure about the image, eh?

the sexual loneliness of jesus christ.

What a whopper, 'Jumbo Jackie'.

Then I'm driving through the late night,
tryna get my papes right
Drive past an opp, look back and see his brake lights
New bruddas actors, why the fuck you getting stage fright?
Ever seen a gun barrel spin round?
Standing with the rifle in the garden like Jim Brown
All I do is jump out, bark it and spin round
You ain't a gun man so why you want a strap for?
Why are all these nerdy rappers acting like they're bad for?
Hiding in the booth, I'll start bussing through the backdoor
All I do is press a button, really tryna header suttin
Spesh or the fifth, either way, it's a hefty suttin
Make your metre stick like I'm tryna measure suttin
Liner hanging out the chopper like I'm tryna rescue suttin
I don't wanna be a robber, just wanna invest in suttin

Next: Niko and Ladbroke Grove.