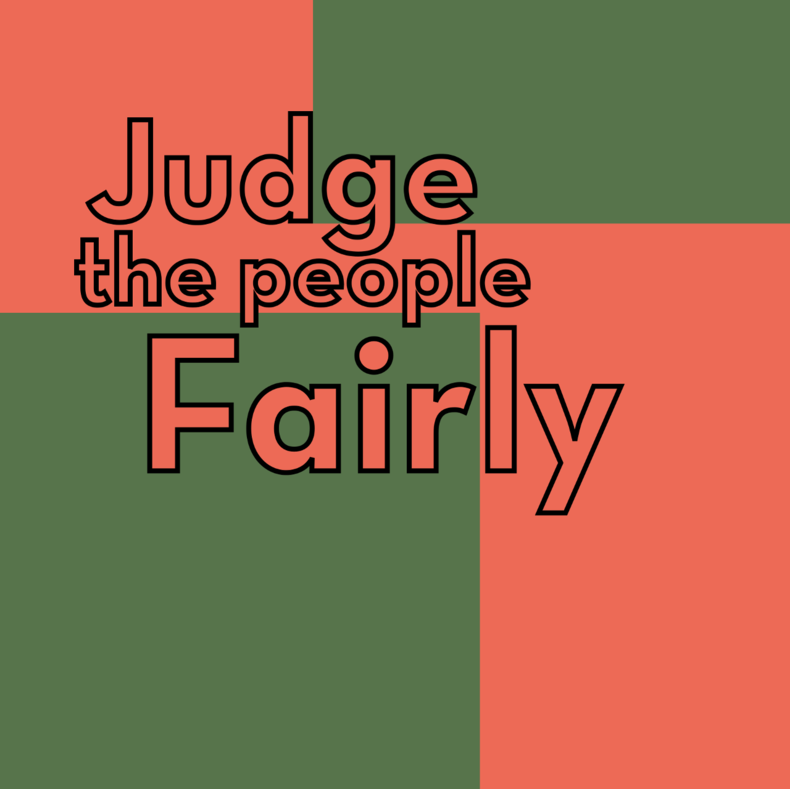 God sets out brutal and harsh laws in an attempt to corral a people out of peoples. A benevolent dictator 'a King' was to be put in place, with officials who must, judge the people fairly. Who knows where social living was at - the context - but they're the main bash-Christians texts today. 'Rough world/rough justice' is one argument how the 'love of God' could be so eye for eye.... Another is to brush it under the N.T. and so; what's it matter so much why then, what now? With this can come a subtle or not, re-positioning of the O.T. and not as necessarily being so all-God speaking. Some carry this on and tend-toward/or up-front, subject Paul and all but the four gospels, to this mainly-orthodox revise. A way to better cope with qualms, fair do's - but personally not of this mind. I read all 'though' the life and very words of Christ but all-scripture. All higgledy piggledy finally agreed, in relatively recent times: Genesis to Revelation (without the apocryphal).

I'll be giving it the scholarly touch here and there/these posts - but I'm all about getting as close to prophetic as... therefore, keep commentary down as far as…

Quick excuse to signpost and add to the above. My dear friend and colleague James often reposts older writings and places them back on the top. Yesterday, saw one that I'd previously commented on and added. The substance also relates to a - 'shall remain undisclosed' – comment I made somewhere else. First, here's what - on the justice-crying, compassion-thumping, detail-discerning 'Crimes':

'One, “…all together now”, that should be centre and paramount: Conflicting ideas, considered and wrestled should – almost you could say ‘naturally’ – allow/brings about truth-over-not. The emergent. Obviously. Rattle-out again here, to remind myself, this is what we need: openness and space.'

Morning attempt/a word: The Church in war-torn lands, example being Syria, particularly as the – note the term – 'invasion' began, somewhat exemplified the above thought. The 'church' – particularly a few distinct buildings and leaders, became the natural open spaces for any community conflict resolution and all-hold-together - best-as.

In the UK, Church of Jesus is of little interest to the 'world'. Some social action greatly received, community worker/church leaders and a smattering of evangelism – this, thank God - nevertheless, is hallelujah but…

What goes a long-way toward characterising why, is the perception – fair or otherwise – that there are two camps with strengths, that most-oft topple into weak. Such, potential impact - nullified.

In Syria the camps don't fit these ways and wherefores. I'm not overly-comparing or making out, all there in Ch. ways, all sentimental and glam. All I'm saying; is in principle, what they achieve/d, is what we need in these - West as we've known it - last comfortable days.

First and oversimplified; There are those who want to accommodate and mix-in with collectivist ideals and generally more/liberal theology -and- those who, whilst they might like to be 'in' the wider community, are seen to be intransigent to certain changes that'll likely reshape what they consider are 'absolutes', seemingly sounding, more credible.

God in the world, influence -or- world come to church.

All me-rapping is: We oughter-more go-out and on, to the 'other side'. Be more bridge-like. Here I procalim, is the place for evangelism and the naturally-super. It's one God-sending call, I hear.

I'm piddling about with truthscoop and clobbering myself to make more of two or three hours at night and get tapping and posty popular (accepting the 'why-nots').

Think… it's supposed to be a bridge. This spilling out in the last post there-again, banging the same ol'keys.

It's easier for me though. I've been that wrong, so much so and a long-time with it. And I don't only mean intellectually. Yet - blessed to splash in some right-on the riches, streams.

For instance on a position: I refuse to back-down for a sec, that evidence of crimes in the US/EU, cannot be dreamt away into 'overseas terrorists-did-it' In virtually/all, western based attacks, and pretending being Islamic if at all/or through and through. Yet, I accept where and why the cultural bias that causes the - particular - migrant swathes coming EU overseas/some said-Islamic followers in the UK, disproportionally abuse and rape -yet- am appalled and KNOW otherwise, too much inner-city Islam first-hand, to accept the corresponding brush strokes that Islam is such… (nb) such… the problem. Can be, but... And know white... and what.

Therefore: If I had mind and lead. I'd be up to meet and document the common, difficult ground, that some 'whites and blacks' have. But know – so, so-well, friends-like and black, are all raced-up, (not so the Muslims actually/as it happens) - carrying bonkers prejudice theories that can feed into attitudes.

Race wars and centrally planned. Priming anything more culturally natural about it.

This is one example that's all and about the nationalist/liberal divide. This about online communication.And that, in what's seeping into the streets.

Why this typey rant?

Truther websites, inner-city/boys in the hood, and here's the scream… and the only ones in this rare/dare challenge; might do well to make-out more with those which they disagree, rather than all about chummying-up-so with… well... chummy ones.

But can anyone be bothered?

Just do my best – for all my besetting baggage – and try to bridge the walls.

In Syria it wasn't 'done' with a blink. “Of course, this what the church is”. And Islam at best and other tribes, at best. Of course, they find common in difference. Had centuries of practice.

Here in online UK/US etc it's all about 'sounding like… but' – and I'm reticent to crib – this one over-under riding word, is about having sufficient confidence in conviction to face any potential humbling – and change.

Better live it s'pose. Not overstate the charge but know I'm blessed it's easier than most. But again - that's because I failed more.

Respect, integrity and love to you/reader. I don't feel a written prayer is right for today's 'early' (post).

A blessing though: Burden yourself in the middle. Make room for God.