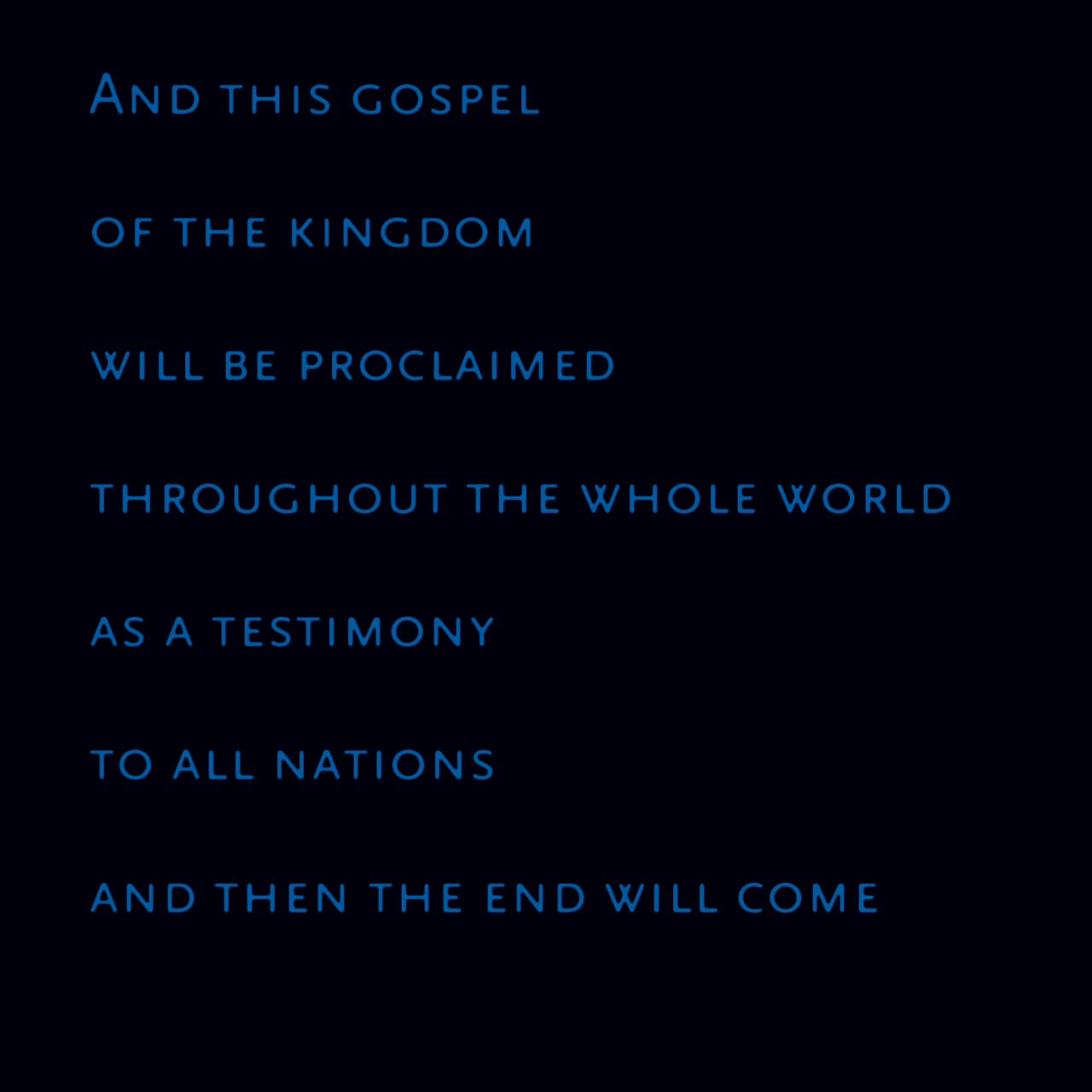 Must Write. Not a good sign and staying off. Trouble is, whatever comes is bound to reflect the condition of me.

Sure as -and- soon as, the free flow typing gets going it's a complete in one with graphic and give what comes, come what...

Could show a wrong kind of empty and be dull in mind and void. No message or verses, because... well... not getting, due to, not feeding aright.

Not at and on.

Then got the need to tell and someone and a witness. Not about numbers, or who exactly might be reading. Some-one, or even a potential-one is enough.

Out and whatever's doing inside and else, that abounds. Pressing 'post' no matter how naval gaze and a tiresome bore, bits or lots, must come across.

Self obsessing and trawling about, on about, writing about writing, about...

Repeating tired moans about slumming and not filled-up as could be and should. In knowing and making good in an ongoing dynamic and vital connecting, with the word and in holy power.

Can't fake it otherwise and pretend when lacking. How did that Bowie song go?

'Don't fake it baby/Lay the real thing on me'.

Yep, there, an ode to the sex and romance god and referencing the nastiest of perversions. That said, the sentiment of the intent stands in: No Bull. In best can and do little as possible; on with a mask and act up.

That and/or showing-off academics. All style, over substance and God-sense, playing with words

Reminder of another song and title that's all about becoming a... Cracked Actor. Bowie's reflections on an early dose of US West Coast. Voiced now for the Glams-gone and tinsel town is a tawdry sham that's full of crap and evil.

Alter state and inner invention. A lad insane. Part and the why is because it sends sanity nuts. In seeing what's rotten and underbelly of Hollywood Highs. Old washed-up has-been, a once all stars and lights actor. All that remains is the destruction and abuse. Sexual deviance as a slave market.

The we-now-know base currency, that blackmails and threatens prominent people the world around. All-but and the rarest and somehow escaping the cult's outreach and conversion. Could be in not continuing on, once casting-coach caught and trapped.

Get to runaway and avoid the honeytraps in the cocaine etc. fueling participation.

And Planting Seeds? To write and sound-off like might want and come across. WHAT? Come not across. Trying for that. Not caring for claps, else up pops the satisfying illusions and vanity.

Heard Tim Robbins got into trouble with some other celebs. Let off and chimed up to the crowd at one of his gigs about identity -- swiping and sniping -- politics.

Said: "If you try and use this to try and get significance and certainty by attacking and destroying someone else... You/we've used, used a drug called significance to make your/ourself to feel good".

Think, if remember right. This leaked footage got him more slaps from the stupid lot and stating even mild-that.

Producing fuzzy and diminishing returns, can work here, and me, and blogging. Not an attacker on the personal so much, cert. not and manifesting uptight and freaking over people 'saying..?' Rather, in that the principle can be at work.

Romans 7 is the classic signpost.

The danger zone is write and spout, to feed the need, demanding significance.

Cover the blank and empty, with faith-claiming that's most about projection and presumption.

Am depending on what? On who?

Scratch a bit and find cracked, and way too much actor and broken. Expressions, not getting me-better, or at all well but am being 'religious' ( --its negative use). A charade in a smoke and mirrors sucking on the 'significance' pipe. All the while God sees...

This the limit and where am at?

Slopping around in what-not, because ain't being so-arsed to do otherwise. Usual because -- and unholy distractions delayed a proper addressing. Never anything more than one more beggar finding bread and it's daily feed-up or fall and wanting.

Is that what goin' here? More in lost, and not, found-ways. Reading back and think being big and authentic, when all up, is over-wordy pissing about.

The need to be in perpetual turnaround. On and ensuring there's 'permanent revolution'.

Rotten idealism when applied as invented and famous in designed-for.

Re-appropriate the poisonous Trotsky theory can make golden sense and sound theology. In God and being church, in personal-life terms it's: The blood of Jesus and Holy Spirit revolution.

What else will do?

Worth noting and what ought never to forget. That God-less version of keep revolting has a contemporary manifestation. Its political promotion worldwide reemerged to contribute and become the Neo-Con monster.

A heard confession and test the spirits proclamation, or could be prophetic, is all can-do and be.

Through a permenant and a repenting revolution.

Not letting what's best-not take in and keep out the house get over and rule in Christ.

Get what get -- or not? As the flaky case might be. Comes out in the mix/in the wash... more like. Actioning and exercise here, is form of washing, a prepping up. Doing Plant a Seed carries benefits and blessings in having-a-go.

A way to track and therapeutic encouragement. Seeking to live very much all right, God-wise. With whosoever is reading breaks a certain aspect of the isolation and solitude am on.

Am on. And off. No one message had something to write.

Peace and Tar for reading.