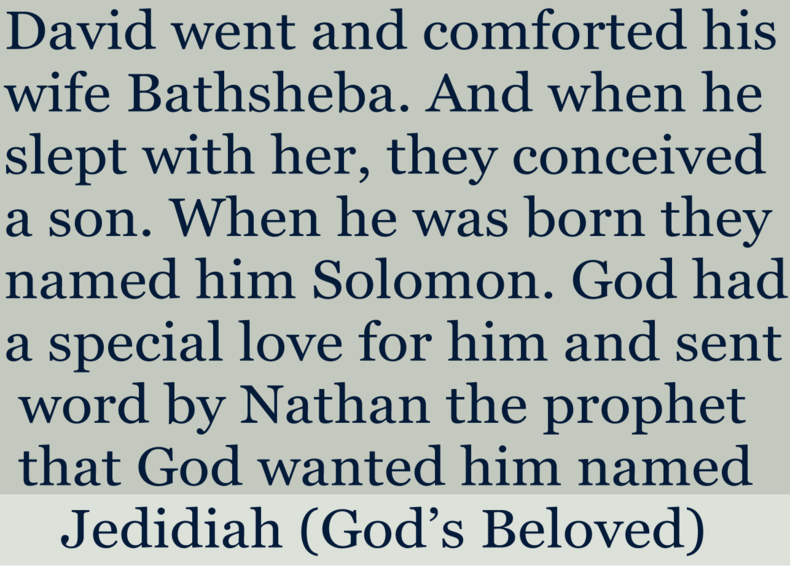 Wanna broach a, 'can't be sure and why'. Something prompted me (again). Are there, reasons when, we're born? Does God make something of this, get involved, that way? And why matter? If does, doubtless, has significance 'beyond us'.

Remain grateful to be alive. May not have been. Not being someone (sure-that), who believes 'people' pre-exist. Or, necessarily will... ('Most dangerous place in world/the womb' – and all that). But God knows some of what will come. Certainly 'we' were predetermined to be. Who makes the 'we' (Church)? The battle.

Read someone yesterday comment, '(think) that it is possible to encounter Jesus outside the gospel testimony, both by divine encounter and in those in the image of God who are what the testimony itself describes as “sons of peace”.'

Still musing on; The symbolic of so much. 'Prayer is everything you do' is a contender for one of the very few, worth calling-out, heresies. Counter it, with my own 'word': T.V. media-like, has killed praying by multitudes. And this, the reason for most, of the state, we're in. No buts there. Yet, a kind of prayer, is a lot of what we do. Our lives having capacity to communicate through actions over words. Some, things we do, speak and – cause. Maybe this, a response. It's something – I think – about what God, is given, to work with. Or uses against the enemies, or for unseen allies?

This gets me into something covered way back, here on Seed, and reminds me to start-up again: Do intentional, possibly pre-determined, prophetic acts.

And conversely: Prayer 'in' everything we do. Now, this, a contender for best-said way to live.

Solomon given a name. Note how God has reason to name. 'We' are said, to be getting new-names one day but speculate, we may already be/being given them? May? Every Biblical reason to be sure, God does some and some. Things and times. Have we been 'given them' should we know? Or maybe different names, different times?

How the skeptic (respect if you are), reading this, must think, “oh yeah, God engaging with the billions, this, intensely...”. All and central? Each one?

Yes. That much the case. Yet, as with Solomon. Some have the call and opportunity, to step-forward. This with – perhaps – 'special', the wrong word, more – a, 'particular' love. One for them, in their journey, their mission.

I'm on a special. Mission. Not because I'm so-cleverly got here. Saddest of my sad, this wasn't the case. No, ran like Jonah about 10,000 times. But somehow, long-term failure can become a back-handed gift. Never the best. NOT recommended.

Because I was called 'out/from the womb' and even, from ancestral-before? Wrapped in my DNA? Something/ones crying out? (How I sound like dear Alex Jones/and last night his volume was so-up and crystal/little I heard).

The call of God. This is the sum term. The evidence is action. Prayer and Outreach. How ridiculously, accessibly, easy. How the most the 'world needs', almost anyone… ('almost' to include, those with mental or physical capacity. Disabilities fullest challenge.) ANY/one. Can do.

This is why I do. Because called. And if stats are correct, not the crowded house online. But, like said. There be the symbolic. The prayer of it. The stand for God. More than the sum of...

Anyone can be like Solomon. Because God has it like this. If we Go into... Called before, in the womb, when six, nine or whenever? No matter. We'll be called now. Consider God is searching to and fro... for some-ones, to 'pray and outreach'.

I think it's relatively easy to establish: Not NWO-admit/aware? Not alotta action. Or, tragically limited.

The Empire rightly-understood, out of someone's call? Paul and the early church knew. Prophets? What did they see? Today? How can we be called front-line, if the think the war, is 'over there'.

The fight is the fight. The Kingdom (the Reign-dom) – God is for, asserting; The Cross, The Blood of Christ over the enemy – through us. Through pray-war. Through worship. Love-action. And our lives given – in God – for the world. That there might be faith and the physical grounds for this freedom to chose: Is being ripped from us. Ring, RAISE the alarm, says God. Rally a trooper or two.

Isn't it the maddest? The enormity of the task, couldn't hardly be more accessible and simple – for all to do.

Beating back is well-possible, if we...

God wake me up. Thanks. Amen.