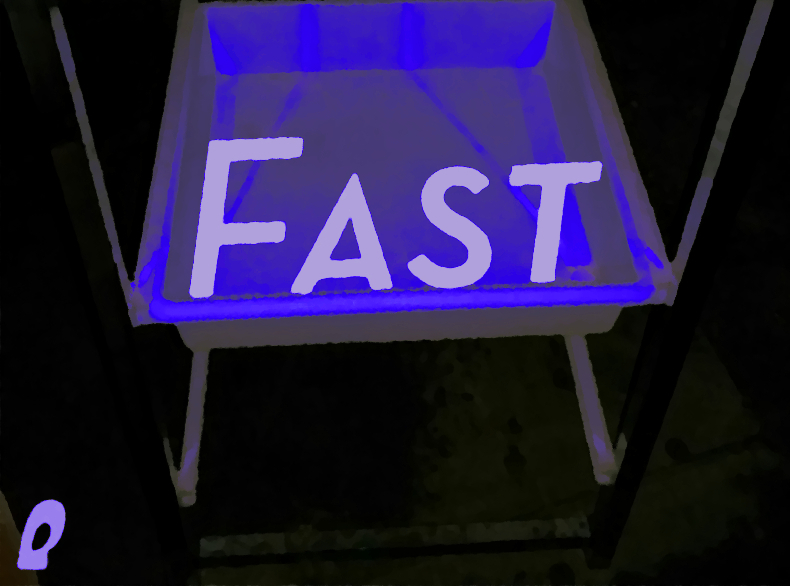 Time for a short digital-break for a week or two. Release from some compulsive behaviour. Tendencies. Tighten the sails and break whatever needs breaking. Building-up in the most separated-unto faith. Communicating to even how-few might read, is not working right. Writing in too many circles, when if/when better, say/less – but out of some revelation, over and above what I consider is reason alone.

Find better ways. 'Talk about' can be a poor substitute. Wrote should do theology posts on truthscoop for outside the church-ers – will when/as do but the 'quickening' of times is now finally upon us. Not for observing and commentating as much. Not until there's more leading why. This indulgence to write is for purposes beyond self. Satisfaction not even met through doing it enough. Need to go into silence and sounds of calling.

Commentating self isn't always quite the healthy pursuit. Look at me here, yip-yapping as though of interest to another. Next step, do think am-led, is audio. Gotta be a bit more what's what than not. At least from my perspective. Get something to say and less 'net' is more get. Weary and troubled – we should be but overcoming.

The falsies are on the up. The next time, Crimes, Bedlam, maybe discerning Aangirfan, for a comment – and be done. Today wrote one. Finish on this:

Quite the read. Hits the spot. Thank you. 2016 is all about our freedoms to be reasonable in a world we’ve known for these last brief decades. What five, six of them? To the degree we’ve known in UK and like. And before our eyes? The disappearing. “For everybody to get on” increasingly told; no one can have this much space and security to be themselves. Milo (@nero) banned from Twitter. For tweeting? Specifically? Not cited. Just is/wrong/enough to silence. Without sufficient justification, the precedents set to motion-on if not stopped, we’ll all be legislated and governed to conform. The pattern of this world (systems) – ‘do not be conformed’ (Bible verse). In the name of protecting comes everyone’s prison.

‘Too hot to handle’ is a non-starter as this article aptly tells. Sexual oppression and abuse not necessarily less apparent, outside the ‘wild’ West (as if). Too independent and some seemingly threatened by this cultural influence coming ‘back home’ a fear-factor. The hot thing? I’m only cautious of m.media or anyone, and what’s attributed, what’s happening, in the relatively wide-ranging communities who name themselves ‘Muslims’. The manipulators at HQ will stir the sociology claims to amp the fight. And/or tell those coming-in and new, that “woman to you” must be “too hot to…” And so why not live a bit or a lot to said-type? How Muslim’s view one another… again – my experience is some and some, this and that. Ones who go to Friday Prayer even – mixed perspectives. I could be wrong through, more-recently emerging shifts but as say, uncertain all we might brush, necessarily explains the textures.

Most though – what can we positively do, to find the breaks on all the thought-crime-ing? Stop everyone watching ourselves and intrusive interference into opinions and dress – This article for the right eyes? Pray for a third-way to live as inner-city are/but yes, appreciate the cover-up girls -or- those with enough of an ish, leave the lands, quandary. Degrees of reconciliation possibilities. Might as well. Try, to all get on, eh.