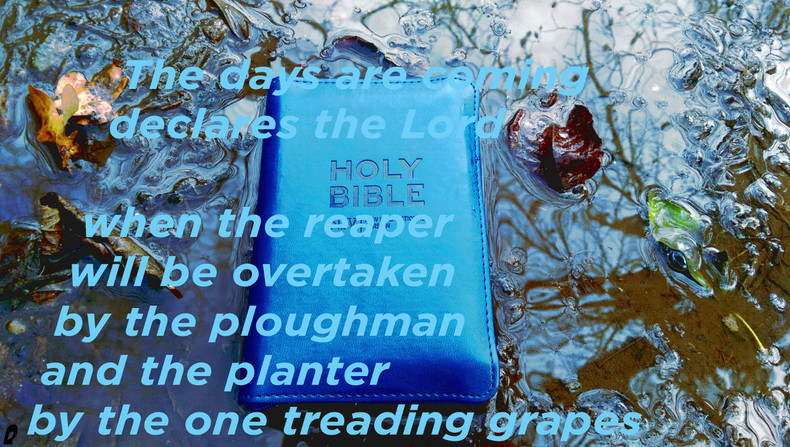 Is it the compass or the map?

All about us/inside -or- the terrain we view fixes direction?

Clinical and pastoral insight would suggest, if we can only heal me/self, healed by God - however - better-wide should, or might, come.

Cumulative re-configuring. Each one... teach one and all that. A what’s the problem? - “we are”- GK Chesterton answer.

This undeniable tenant of sense is a - yes, and no. The application to repent is the building block, but in any assessment, capacity must be considered.

If the map we’re on isn’t static and universal? And... it’s one mind-fizzing onslaught from psycho-controllers?

There’s the semblance of normal-looking life. Building blocks that neatly fulfil, historically derived expectations but the overlay, is our new world, order.

Even; ‘it is no measure of health to be well adjusted to a profoundly sick society’ - doesn’t quite get it. If the common remedy isn’t emphasising, ‘individual first’ the nebulous ‘collective’ is put forward.

The later are going along, redeeming from the rich as far as -- and for: d’working-class.

Round-two’ll be the bigger fight for primacy of the individual. And not society/ism.

Soc’s say, people 'can’t be trusted,'until they’ve been under a 'millennia of Marx'?

Then, cometh 'mutual aid,' and all that.

Libertarians, or 'anarchos with money', go-for as little cohesive structures as need be in national set-ups. As soon, and much, as possible. An '-is', with more moderate and local aims.

It’s not, in the w.w.overthrow sense, a revolutionary movement. Actually, unlike the two alternatives (esp. first one obv.).

The refusal, to be a ‘something’ - at least,in its puritan forms? It gets there 'through'..., while not becoming..., a group etc.

Stands for those who’d exercise current authorities, who’d dismantle... the considered over-authoritarian slave HQ. To get there, (like Anarchists), watching the method; doesn’t model the problem. It requires, ongoing crit.

Fascism, isn’t another alternative prospect, it’s the cooperate/state powers mix we live in.

A charge, into, gulag-fulfillment. Their experiments and high, to mid-level squabbles, are kept under m.s.media wraps. We call it democracy. They - call it, “a joke on the idiots”. And so much worse and sinister.

I must live in and with Amos of Tekoa for a bit. Because Amos, is raising a conspiracy, another prophet tells the king. Against you in the very heart of Israel he says. And... the land cannot bear all his words.

Raising conspiracy eh? Here it is: The map isn’t... what we commonly think. (I admit/ted this/repent/ed). Not at all. ‘All’ as in.... it’s the 1% of the 1% and not even that many, with the cheque books and printing presses.(This the, ease-in and start there blinkers-off). These the ‘they’ that we gotta stop. And God knows:

’They do not know how to do right,’ declares the Lord,
‘who store up in their fortresses
what they have plundered and looted.’

Unless or until, we ‘dare call it a....’ the map isn’t with us, and much of the outside-to-inside attacks are underestimated.

Therefore, without a leap of faith to wiser knowing, we’re ‘matrixed’ in levels that skew us... screws-us up. To know the destructive - how and why - against the individual and this, pit against, in a right/left con...

The Reveal: Takes an act of God. Humility hard to find. And courage. If, and as,The fence-sitters go: “No Hope”.

But God. But GOD.

The sower. The life-bringer. God.

Can, if we sow, sow, sow - cause the process natural, to become, more than natural. To cause reaping, out of all proportion in respects to sowing. Not instead of. Not, can, or have designed able-to; make ‘wine out of water’ but you plough... plant... And new wine will drip from the mountains, flow from hill and return... From exile.

I must get off this alter-call. Come to awake with God.

To-day: Can we who do/God, believe what’s written?

And those who don’t believe, accept theory-God, isn’t for famine but harvest.

The 'manual claims' (The Bible), we have HOPE for GOOD, and better days.