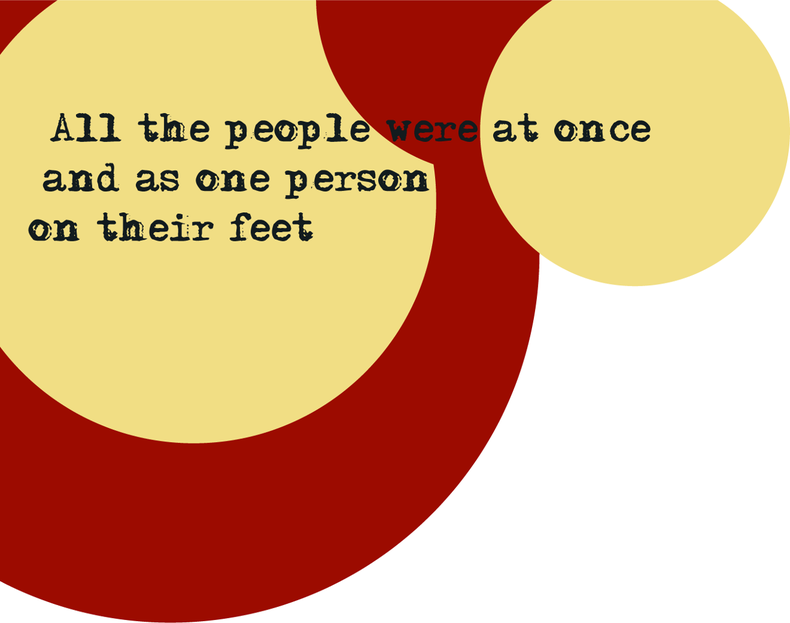 WHY not bury myself in 'the passion' and Bach's expression – leave all this today?

Fasting aloud and clear, be the 'W..'

To ensure there's something, here's there or four lines. And that be that.

A thumping spanner is '...evil?' Not my biggest quandary because, God didn't do/or, does it/that. Deeper, could speculate but according to the 'word' – in heart and essence – evil became, out of individually contained personalities, that God created, not with this intent.

At least that/this, is what God has written. And I's a believer.

But assuming this e. exists, why isn't it progressing quicker and worse – how come? Barbarism ever-rampant but could, or wouldn't we expect to be, worse?

Unexplained as solely 'human' capacities, this evil-other – is limited but not by their own-choosing.

One holding-back dynamic, I reckons, is community. Not the 'we happen to think we are' but connections made; that transcend, or chose to agree to differ yet... communicate, in relative peace.

In the movement of the willing. Ones, writing and speaking-out about and at the powers, charging us down. We-fighting-back-ers. We've one main threat against us… or let's turnaround, and write as – 'opportunity'?

To rise to our feet as one.

Standing together, consolidated action, is the empire's downfall. This – and Christ in us/some/enough. Nos1 bulwark slowing the rot and building clearance…

And 'we' break down our hope and have to 'do' this – the work of the devil, for the devil.

For the accuser of our brothers and sisters has been thrown down to earth--the one who accuses them before our God day and night. Irrespective of what God hears and relevance, what do 'we' hear… “retreat, runway, give-up on 'them', pull em down…”? What do we do/can happen?

The accuser isn't said to be more than this. Deceiver, liar… yes, but we have to be 'made' to damage, and ultimately destroy, ourselves our… community.

Not discernment and sometimes uncovering traitors but the loss of standing-up, as 'one'.

Babel was a come-together that needed a diversity to bring out who we're made to be: different and paradoxically – the same. Once languages, peoples and nations we need to resist, as a collectivism that comes from systems of coercion. Babylon is a socio-political philosophy. We're born to be voluntary 'ones', that honour the individual, freedom to be more or less, achieve and gather.

Nuff now. And no praying/written ones today but please, pray out-of, if so moved. Or do it anyway.

To sleep, me. Oh said Jesus 'can you not remain up-night' also said got-up early.

Early-birding. Peace be to you.