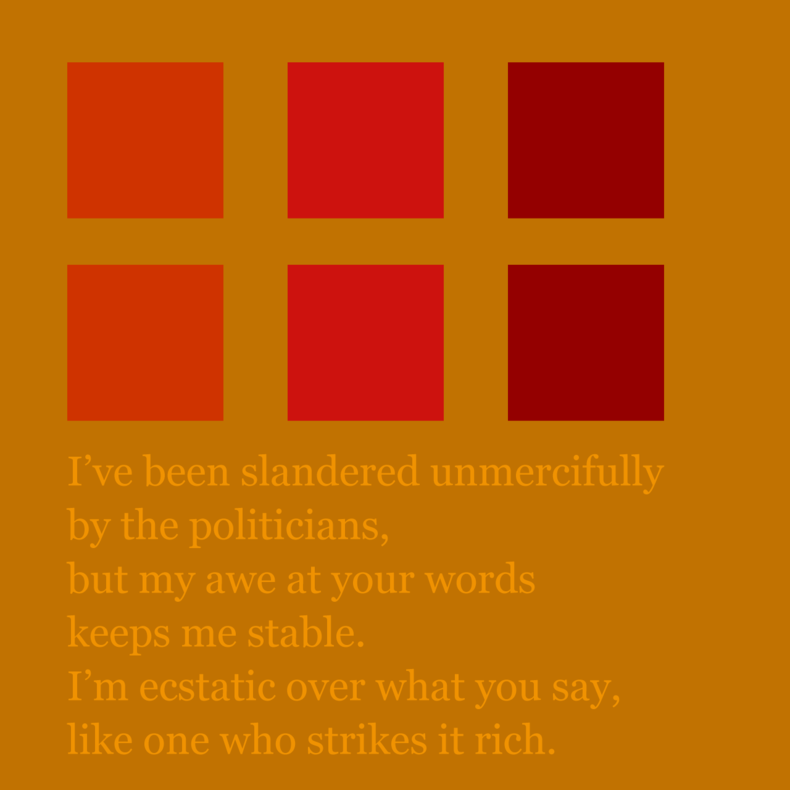 It was good for me to be afflicted so that I might learn your decrees. Or,
My troubles turned out all for the best— they forced me to learn from your textbook.

Leaving health out of it, for us, or a loved one. Social and financial failure, short of abject poverty, could be medicine. Might get us 'into the Bible'?

One big stopper. Blessed-not those, rich with the money.

God wants to see the world turned around. Here and there and as far as. We (should?), categorically… emphatically know this? Rid and run from sadly pop-typical, sit ye back theology. Need accurate and honest Biblical interpretation. Studying why and how God answered prayer in Church history reveals the same story. God wants revival. Redemption. Healing. Forgiveness received. Battle back hostile forces. Children escaping suffering. Families and friends. Love. More social cohesion, less hostility. Smash back the war-lords. Lock away persistent offenders. God wants what God is. Good. Not, but…

And here. To be found. To reveal. To be – revelation.

No mysterious ambiguity about it. Women and men who really get to know God, saw this heart for 'on earth as it is in heaven'. The reason we don't? We don't ask… or, we ask with wrong motives, for not-God intentions. Cumulatively, we're so run-down, on the getting from God front.

The liars not so-noticed and their lies misunderstood. Route through?

Personal, same socially – depending on the parts we live in – most-all remains is redemptive affliction. Not God having to do, or give-us bad. We reap. That all. But in this,likelier to repent, re-live.

Less of God 'about' the world?

Our needs are too low, to make good of God. 'Sunny-days are here again' and the paradox of provision: God wants us to have, good-life but without at least sufficient numbers of us, this through him – cometh the breakdown. Not enough salt or light about? All goes soar.

We got robbers-money, which the robbers are about to take, all but subsistence back. Squeezing out, in a ritual to their 'gods'. The battle (the one, not on the 'News').

If enough people stole from every bank? What then?

And since we're being taken over by those behind, half a dozen said-institutions, what now? Not God's doing. Ours. Enough reliance on the devils behind the smokescreens we go-along, bow like North Koreans, what do we expect?

God intricate, intense, quadrillions of interactions are first and foremost, for redemption. One day the who-knows-who, (so 'get-God' and settle this best can?), will re-populate this earth. Again. Re-made.

But until he returns/we die, we can or might want to go to be 'with' – but this isn't what's being asked. Implored. Cries from the majestic and mighty heart of God.

Paul took it this way, but we ourselves in ourselves the sentence of the death have had, that we may not be trusting on ourselves, but on God, who is raising the dead.

Why? Blood and tears for God and the gathering up towards and into. Alternative community, aka local church. Doing what? Subvert the Empire through love-war and take care of the victims. The poor.

Paul and co lived in the 'last days'. Began them. Imminent return and world's wind-up and culmination was ever 'around the corner' but they fought to build and renew. Death, or tomorrow's world was the background for fearless, communities-reviving conquests.

The ground to rely upon God and do whatsoever's necessary? Poverty, in nought to care about but God.

The global poverty-making express taking all but few and slaves into their 'cowards new world' is here and coming-on fast. How we haven't arrived sooner into prepared – Western – social distress is puzzling? Previously thought this would be grace but now conclude, isn't.

There's little appetite for take-up dissent. Grace, is poverty chosen or foisted upon. Enough, getting the war unseen – we get on God's business. No excusing that it's vague, seven billion, so chaotic, can't be seen.

It's as clear as the lies about 'Aleppo' and the wolves. Sheep-fooling, suit-based, destruction. But what we know or care? Just them and there? Please… I don't care enough, at all. Too rich in comfort? Too me-me-me? Too…

But God wants? Warriors in prayer in 'death sentence' living and action to stop the war.

Truth, God knows. We know some. Enough, to take responsibility. God here and Aleppo. And what's he bothering for? Because that is just, who-God-is and wants to do.

God, no time to type type type, even prayer, if takes too long. Help me get aside and get on this collaboration with you. This hear and call. Write-out, speak-up and stand. Paul and others could take walking into trouble because they knew what. Knew you. All we need. You. Be m'riches, not them substitutes. Amen.