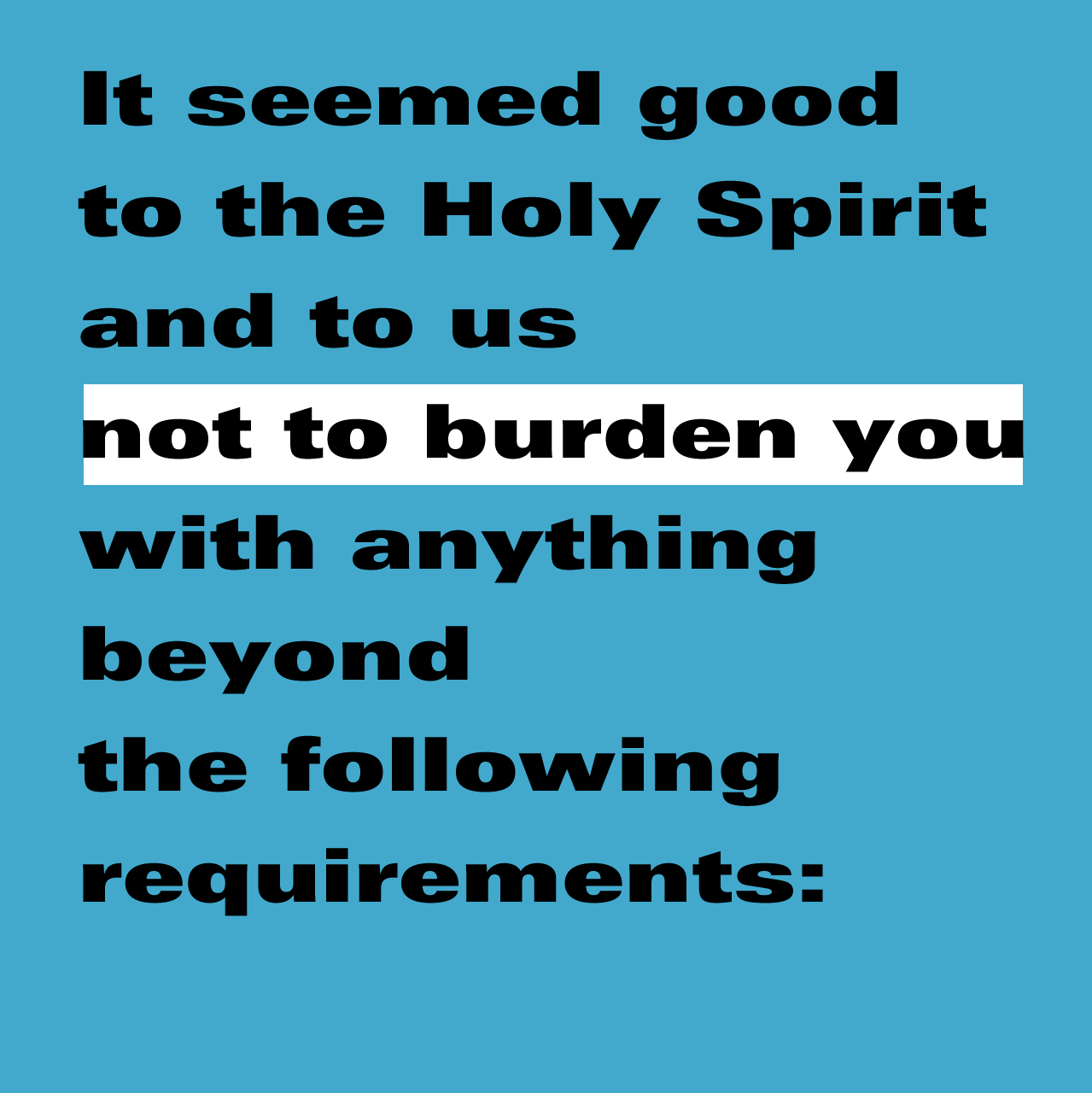 The etymology of 'routine' is from the French 'route or road'. How about 'root in'? Getting inside the heart or the central and deepest of the matter: How to live in God?

Holding a casual course, all mild and moderate is a road -- or routine -- to lapsing away. Tons who 'come to Christ' move off and out. Most often church-meeting based woes. Not surprising. Accompanying ill-fitting theology. Cometh 'why bother' thinking? The double smash; tired get-togethers with sub-standard talks. The Word without Power. Hunger for credibility registers inside, like a romance gone south, takes a lot to re-light

One way to rectify is Nazirite-ing. A vow of separation. Not hard to make-good promises but a revelation of realities not always so clear. Out of this/these... God combines and fires us up.

A whole bunch of reasons why someone might 'come to Christ' and stick around. Somewhere in there, is the need for, and desire. To manage and sustain the effort, a corresponding need-to must be present.

If God has no 'need' for us..? Again, a lot of teaching tries to say otherwise but the foundations lack conviction.

This where the world aching God into invading comes in. And God, very active on us, wants others, done-good.

The said requirements with an emphasis on not burdensome:

Food sacrificed to idols. Well, this is easy to reinterpret and bang the usual gong: Don't Watch Television. Code for; don't eat the deceptions spat at us by the Beast of Babylon Corporation etc. etc. Their food is our believing and reiterating their lies. God sometimes 'pushes this' in the hope we repent. Wakey wake up.

Note: Nowhere though, are we told, this is some kind of demon communicating cooperation. A direction set by someone -- God can precipitate on the basis our will remains intact. Assuming any kind of handle on it, that is.

Meat of strangled animals. Even most of the now-damned 'food' from the supermarkets etc is idol tainted. The nippers getting their unnecessary and risky 'shots' in the arm... and on and on.

'The idol' is digital and scientific in nature. The Nero-revisited Anti-Christ is manifesting in A.I.

There are only two movements happening in the world. The rise of the technocratic slave system come slaughterhouse. And; pockets of prayer warriors of, and for, Christ. Woman and man of old -- like. Putting 'female' first is making the point they're likely ahead on this score. Since Third-wave feminism and drugs and thug-culture and yes, stupid sexism (by men).... has turned 'male' into a kind of weaker partner. Not so equal, as should.

The future isn't mapped in The Book of Revelation, except in sketches and possibilities. Visions fulfilled and denied. Interruptions and excelling forward. Flickers of foresight and this all wrapped up in a decent grasp of what 'prophetic' means.

And finally and third requirement and abstain from; sexual immorality. All this and the Bible, Gen. to Rev., has two targets. 1. Everyone and good for. So sex has social and psychological consequences. Trying to be casual about is difficult and becomes abusive if not outward -- within. But target 2. are to those to quote who this list of three is from and for:

Therefore we are sending... The sent ones. Not into going and like David, not off to war with the men -- shagged someone and murdered her hubby. Again all -or- what?

Commend stir-up the keen and courageous. Get the right on and for theology. Go mad about sounds, albeit, in the privacy of... Get tongues going. Read the word past the awkward and don't-wanna barrier/threshold.

Root in. All the rest is bullshit boring. The sheen of stimulation that satisfies and consider y'luck is but not Biblical best.

Jesus called the crowd to him and said, ‘Listen and understand...

Be called and the crowd.