Who Will We Serve? 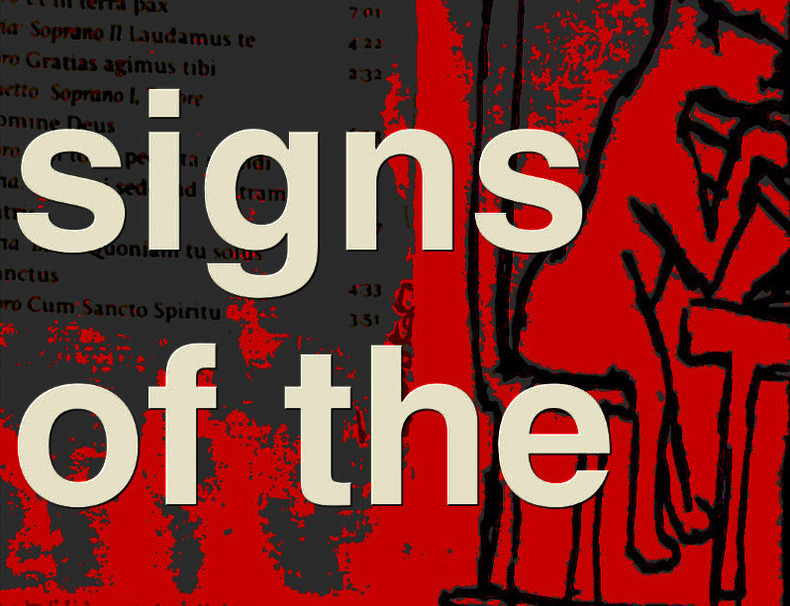 Not near enough prep'd up to write or talk. IN preparation over a week, the 'sit-you'.

Doing a quick dash-out to…

(There be the question)

to… purpose, some / things, don't too much understand, but enough to do a holy holla.

One in case matters do-now and spitting forth; God works through signs.

A tendency to read too much into or pay little/no mind about – are the converse traps and misunderstanding.

The middle line is 'in God' – with God's help. Gift/s of discernment. A mysterious combo of human effort infused with Holy Spirit – transcendent upon us – activity.

Signs aren't only conveyors of information but containers of possibilities. They're receiver dependent. We adhere or resist? Embrace or reject?

World unseen moves through this. The think-said to be gods/spirits, behind the idols, inhabiting some humans in particularly possessive ways: They produce signs to project their will onto this planet. About our allegiance, it's what they crave; God-like praise and devotion.

God alternatively, if given, shown, seen – here – FAITH, engages and enables us, to overcome.

With the advent of T.V. signs from the enemy come c/o 'The News'.

Yesterday 100 videos were put up about Sandy Hook on CNN and this past month there have been other mass killings broadcast out that, in the main or all, of similar fake and fooling unreality.

Darkness goal; 'people of the lie'. And regardless of what lies we tell ourselves or told – these are of a different order. These are signs 'from below' the wrong side of future and faith is what we do with them. They have begun a new regularity. This is the quickening. The 'signs of the'.

How to write the rest, in… a line or three?

All those refusing to look beneath the sanitised, sanctified from hell reports about these 'incidents' are unintentionally maybe... but; Bowing to what's symbolized by them. Literally as though lowering one's head in acknowledgement to this temporal claiming supremacy, over truth and God.

To agree-along with murder, sanctioned by complicit lack of vocal or written or any-which-form of resistance.

To go-along… is furthering – whatever else doing on life – a collective social collapse with eternal-value ramifications.

These 'acts of terror' are acts of faith. Not to have even the discernment to be concerned and question, let alone conclude is following the anti-Christ. This T.V. transmitting idol is 'Revelation 17'. Had to happen sometime. Been happening here and there for a long time. Is now about us:

Will we bow to -or- bind up and loose? (Christians in theory, have the tools of the trade).

Everyone with the modicum of capacity is being asked:

Who will we serve?