The When And The However 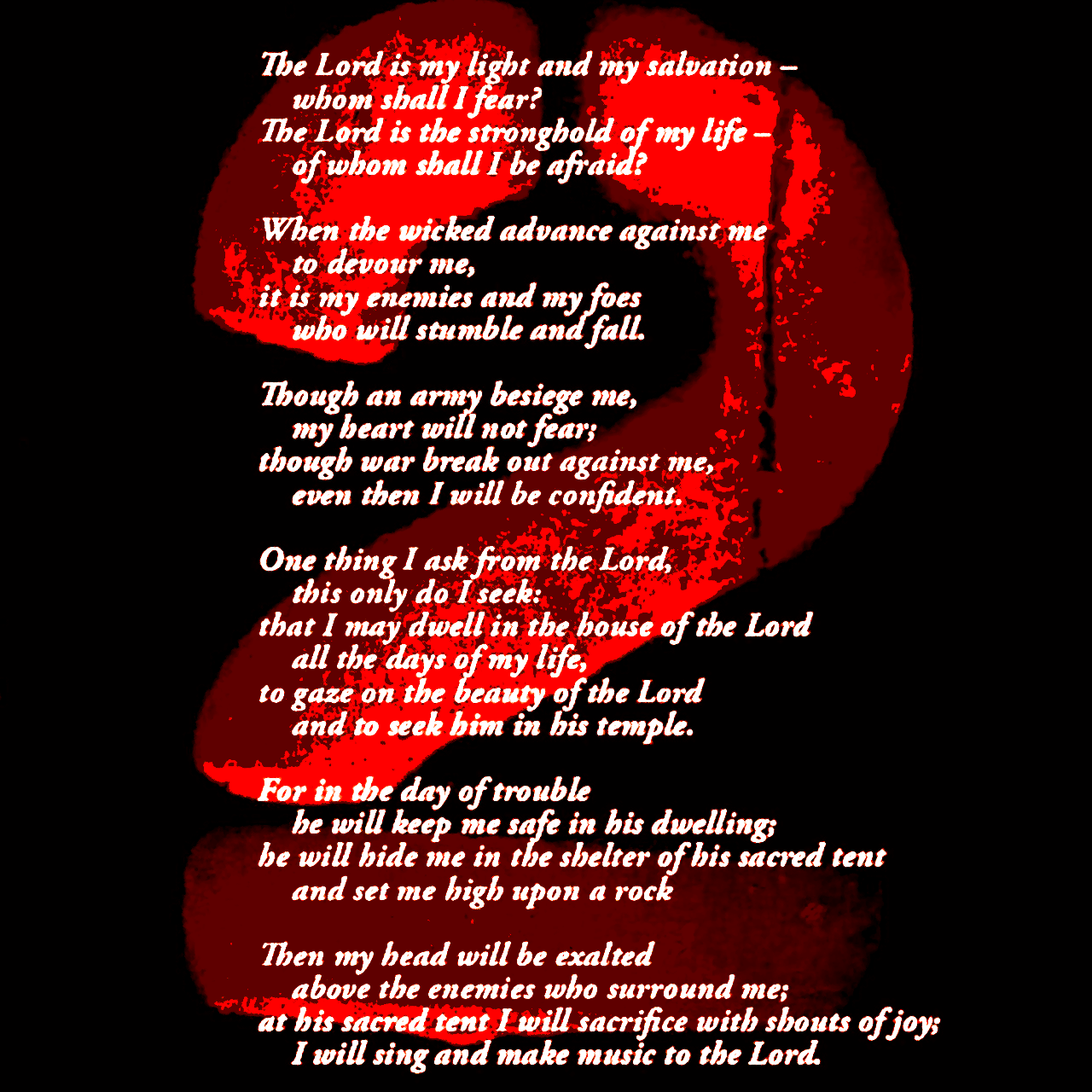 If at all preoccupied, let's say mulls away in the back of my mind; the clear and present danger is not physically dying but the downturn and long emergency. In them 20th Century safe-as and pastures green decades, death/physical, had less competition. Personal tragedies aside, awareness was little/low/no, compared to today's unsettling vision of emerging monsters.

People ask, is it fear of death that drives you God-ward? "No, not at all". And do coming days, knowing the workings of this world aka being awake? "Yes and no". Although granted, want to be around God a whole lot more, discovering what the devil is really doing.

Plans and attacks, a process towards humanities voluntarily duping into darkness. Somewhat physical, yet mostly to bring about the cries, the enemy had vanquished the Saviour's aim. Worship wanted, an excruciating possibility. But the drugs work, pretty images flicker and comfort, sounds pump 'soma'.

Quoting from one of their bible teachers.

'A really efficient totalitarian state would be one in which the all-powerful executive of political bosses and their army of managers control a population of slaves who do not have to be coerced, because they love their servitude.' A. Huxley.

What's-a-happening, is all about the Gospel. That promises otherwise. Although there's battle and some uncertainty in Jesus asking, when the Son of Man comes, will He find faith on the earth?

Proceeded by, I tell you that He will bring about justice for them quickly. However,

Advancing maneuver or hanker down and huddle up?

(To think the duping got to deactivating, half the keen Christians, through the fake of a theology that we all... faithful-like, will be beamed up like a transporter or seen flying into the clouds. Singin', "leaving the bad ol'planet to the dev." To synthesizers and coloured lights, goes the fantasy.

And will He find faith on the earth?

No need, according to those who, "believe-in the rap-ture". Pre or mid-way through interpreted 'seven' designated or pre-seen 'years of tribulation'. Which T. in N.T. Greek is 'thlipseōs'. From thlibō; to press, to oppress, to squeeze. The Great Squeeze but saints, a-go marching off and into..?

And yet in fairness, non-Rapture heads -- Do they get better to grips? Nope. No Rap. doesn't necessarily change, "all doomed and horror unsupportable" -OR- "God will sort it and don't ya worry y'self".

The middle way is the Bible one.

God wants justice and quickly, however...)

Back to hanker down or meet the coming, front-foot and faith-filled?

What concerns me about me? Am I (going to be) ready to pray out. To worship up. Carry some/can on my back. When people are collapsing quicker than money's value. The darkened lights, the restricted not-so-super-store, the wind, the rain. The etc. etc.?

And what saith God? What now, for them-times ministering?

Well, not this sonic-boom silence. Suddenly, crack 'we' awake. Take more than a kiss from a prince to wake us dizzy ones...

Talking boom and sky, I'd say 50/50, they'll roll out a Project Bluebeam on us. Coming and clouds but nei and yonder, not be conservative evangelicals, on the futurism train. Ship/s and space, beaming down. Be a False-Flag Friday or Phony-baloney Hoax Day.

Perhaps there'll be abstract looking. Entities a slithering and shimmering, ghost-like. Make-up they've infiltrated planet earth and told, "no need to be alarmed", Govt. ghostbusters are working in a multi-agency partnership for all our safety and care.

They know they have an army of willing. The hordes paid through Govt. or enterprise funding. Aka debt-based finance and tax right offs. There are Hordes... An extension of the 'security' and supposedly public-health 'services'. One in three, or is it four, employed? Every other worker in some parts.

Ready for mission. The armed services will return from the pointless overseas 'theatre'. No doubt. Asked/commanded, to be an 'us' and the people of the UK divided into them. Or salute, empty your pockets -- probably G4 -- and bend.

This until/if by then, the robots are ready?

Be an advancing one. For God has this concern? Will he find 'exercising faith -- filled ones' during the press, oppression and squeeze? The re-occurring tribulations that followed the one that caused Jesus to call it the one. The destruction of the temple and surrounding times, was everything that could be wrong. Only right but, was the church went from a running-away handful, to hundreds and thou. After three hundred years of tribulation, prior to nationalistic/tribal co-opt. To TWENTY million.

Maybe me/see return, or not? But this, is not, God's holla. It's about the when and the however. For Jesus is always returning in one sense. In and through the Holy Spirit. IF, he can find the faith?

Get me jig; the place of an advancing one is the one-God ambition. With and In; Words, Prayer, Prophecy and Song. The weapons and war. Light and my salvation.

-- makes me fume where the "amen"-ers? Not these words so much but with their own?

Has it come to this?

Original pirate material -- from me.