[UPDATE], unable to access Truthscoop. Keep posting on Plant a Seed, i.e., 'Apostle's Warning'. Could call my server/man and get in, but it's Bank Holiday, and so, prefer to wait until Tuesday.].

First Things is firmly grounded in the truths that endure. We enter the fray of contemporary cultural and political discussions with the confidence that it is God above who oversees our victories and setbacks. This confidence allows us to see clearly and speak soberly during uncertain times.

To think and write about First Things.

In the days leading to WW2, gas masks were promoted by the British Govt., yet...

Begins by explaining, the conductors and architects.

My spotlight-on and discernment, names a place, The City of London. The Milner family is mentioned in Jay's reading of Quigley. This lot's, history.

The City behind the city. In the late 30s, soon taking on any elites, world, wide.

First thing, (don't?) discern, Peter Hitchens, would respond to a jot or squiggle changed, with a story out of the impertinence.

Peter Hitchens and Lord Jonathan Sumption, the two voices in the wilderness.

In prominence and the UK? No doubt. As said, with Christopher, the Hitchens' brothers are the intellectual and journalist 'essential irritants' supreme.

Christopher has it like Bill Hicks, Steve Hughes, Richard Prior, Chappelle..., cuts through. Christopher blazed. Peter's a transparent, decent and open all-flaws, man. Ground stand-er. The one who got in the door.

Like Brian. Life of..., and all sorts of Church-based foolishness.

Apostle's Warning, Mobb Deep. Play and comment, next. An interlude, and 'First Things'.

The lyrics are my edit, and a whole-lot closer than what's out there.

I'm the one, non-Asylum Seeker, living in Stockwell Road YMCA, Brixton from 2000.

In 2002, my neighbour Candice knocked and said I should come and meet the new arrivals. Crammed in music and smoke, Schema 1 (Incorrect spelling etc./again, forgotten), and Ace. The Uganda contingent. Included, Goddaz releasing music, and East End based, fam. White fella from Erith, Alan, was the music producer.

Immersed in underground South London, Hip-Hop, —what little, got out the bedrooms. Could see they loved Westwood on Saturdays, 279 Friday nights on Choice FM.

Listened to their productions, but had other artists and music, to consider/manage. If it was a latest release, I didn't go listening. If it wasn't UK, wasn't what mattered.

No time for US rap history. True Life, and Speakworld, we're, making, history.

In about ten minutes I was Think Big / The Rockwells, manager. Or, should say, we were part, of the Shoutsouth collective. The Uganda community office being under our two offices on Brixton Road, meant we became joined at the hip.

Less, leave him alone, than the others, they set about my Hip-Hop education. Scooped about and found one I could live with.

Again, on Alex Jones, the A-capital Awoke, and/or, 'going public', in Hip-Hop. Exceptions, and exceptional. Educated, articulate, careful, and, fearless. In pursuit of open knowledge and truth. The no-matter who hears, talking. Man/or Woman, talk.

Lord Jamar is the bridge, and most outspoken of guests, with his friend Vlad. Man of truth and honour, above — fill with peer-pressure/ratings/fear/,...and, so on.

Catch his mate, asking him about C-19?

This the stuff. An apostle's warning:

On part 1, Lord Jamar gets side-tracked on race-based intelligence. Offers the physical theory, which isn't credible. Yet, the Nos. 1., "call you a racist", if you look into it: Race-based differences. The Unz covers it. The blind/"not talking about" response, does nothing, to help sift error, from accuracy, within the field of study?

Energetic testing seems to show that the virus has slipped past these modern defences with ease, though in most cases without troubling its carriers all that much. But what it has also shown is that the more you test, the more you find and that in most cases, the virus is not that dangerous to those who catch it. Yet this discovery has absolutely no effect on government policies or on media accounts of the problem, which continue as if this was an exact repeat of the 1918 Influenza Pandemic.
:
Many, in fact never even have any symptoms. Yet up go the plastic screens and on go the muzzles (a beloved library known to me, supposedly a quiet refuge for thought and research, has followed this trend, so making it almost unbearable to go there any more). Does the clue to our current state of wilful folly lie in Donne’s warning that learning without an understanding of the true nature of the universe is hubristic and will never get us very far, that ‘all knowledge that begins not, and ends not with His glory, is but a giddy, but a vertiginous circle, but an elaborate and exquisite ignorance?'

'[We are] trying to be slightly less critical of the lockdown measures on the site these days (though criticism is of course warranted), so we've made a few changes to the final paragraphs.
:
The First Things board has concerns about some of the pieces we have published on Covid. They have asked us to be less dismissive of Covid-19.'

'The First Things board,' eh?

Not found, the board or management.

Deep impressions, Ought-er pass it on, and a second, 'rewind':

Stepping up, a warrior, and woman of valour.

Sorry, but struggling to get goin'. Have written a start on Tiswas, by m'hearts not in it. Scrapped it. Again; set myself up to fail.

Must, do-it, or don't? Going back, to a set goal for a post, isn't realistic. Plus, Prodigy and Mobb Deep?

Ah God, y'know what we gotta-do son
Know what I'm sayin?
Word up
(Make that millions fam)
Make that millions fam
No doubt
It's only there for the taking son
(Take it all baby)
Matter of fact, let me get some of that beer, son
:
We drunk all that shit?
(yup)
:
41st-side convention, Queen's connection
The Bridge be reppin'
Any party that we step in, get they heady up
V S O P immediately, extra-bent, rob them-out son, is evident
We stash cream, mansions fulfil my dream
Ice-rays gleam, spread love throughout the whole team
Dominate the game, let's have a rule combinations
No conversation, bring all y'good confrontation
You hesitatin' ass-spittin', that's bad business
For the game, nigga get out the business
You waste space, substitute, here's a briefcase
We deface, smack the smile off ya fuckin face
Tainted taste, send ya home, back to vacate
Get your shit together, plus, your mind straight
:
Yo, my empire strikes with the strength of poisonous snakes
My entire unit loaded up with snake niggas, that hire stakes
We pull off a high stakes, great escapes, expand shift team downstate
Dreams are growing over, and my son'll live great
Little man, I'm plannin' to enhance your mind-state
The rebirth of a-nigga, who lived an ill-life
The one before me, was of even more 'trife
My understanding, I raise you with precise planning
And put you on to the whole game of this planet
But I gotta survive in order to follow-through plans to live lot-o
Me and my lil' get go, any man tryin to stop us he get wet-o
He couldn't withstand the snake bite, there is no antidote
You put your hands too close, and try to approach
I won't snap at you, I'm goin' for throats
And when you feel my bite, chasing high notes
I peeped you from deep and then you got cut throats
My formula, I live life, do or die
Stare into the eyes of a deep wise guy
Prodigy, turning niggas to protégés
My protégé, I advise y'ass to make way, make way
For fully auto gun spray, you're small prey
I'll easily bait and trap yea
This man is half mad-scientist, half-sane
Creative rhyme labyrinth, like poisonous cannabis
Here take a toke of this, daily rare vocalist
Overpower y'all tiny noise like locust
Like sunlight through a magnifying glass
I'll focus 'em
Burn a hole straight through y'brain and leave ya open
(oh shit)
And let the venom soak in
You start sweatin', and goin' through convulsions, from dope shit I writ
Leavin' niggas stuck, I let spit
Trapped up in a web of a nigga that's sick
I'll wrap you up in cocoon, you caught up in the midst
As dangerous as risky business, fuckin' with this
Contender number one, I put you on top of the list
You're the best challenger, so far I'll give you this
But peep this, (what), fatal shots that solo-plex
Man down, now who dares to go next?
Like, General Monk Monk orders to chop necks
I send a message to my whole clique, to bomb shit
Atomic, no time for calm shit
We hyperactive and it's time for Vietnam bit
Ya whole alliance gets single handily bomb-ded
Take heed, to the apostle's warning
(Word up)

Post is done, during the day, thanks for lookin'. Published, as it comes.

Will Hillary and the Dems get the civil war they are trying to provoke?

Reposted on The Unz.

I don’t see a civil war happening in the US. But I do think that this country can, and probably will, break-up into different zones so to speak. In some regions, law and order will be maintained, by force is needed, while in others something new will appear: what the French call “des zones de non-droit“, meaning “areas of lawlessness” in which law enforcement will be absent (either because the political leaders will refuse to engage them, or because they will simply have to withdraw under fire). Typically, such zones have a parallel “black” economy which can make the gangs which control such zones very wealthy (think of Russia in the 1990s). Eventually, a lot of people will flee from such zones and seek refuge in the safer areas of the country (this process has already begun in New York). 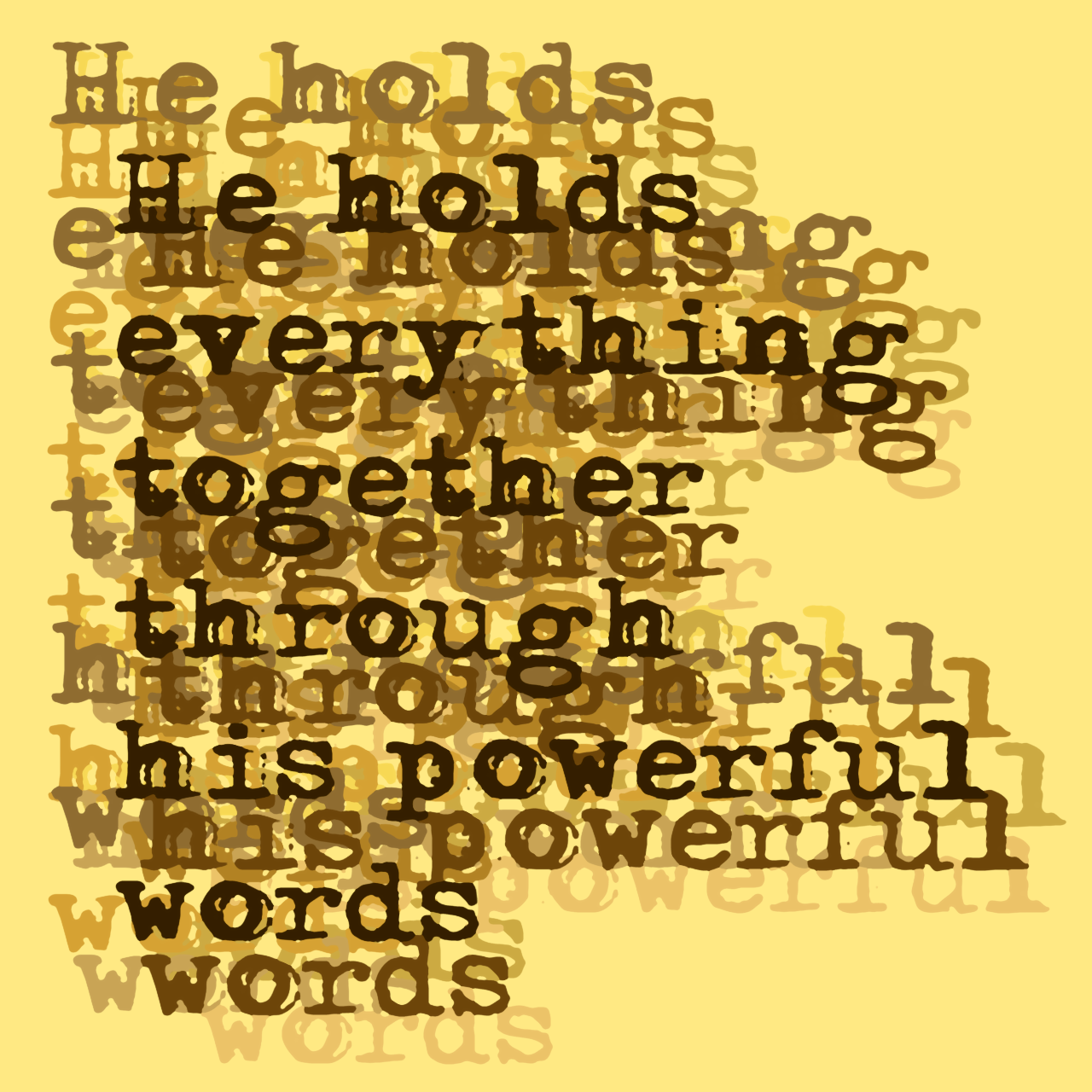