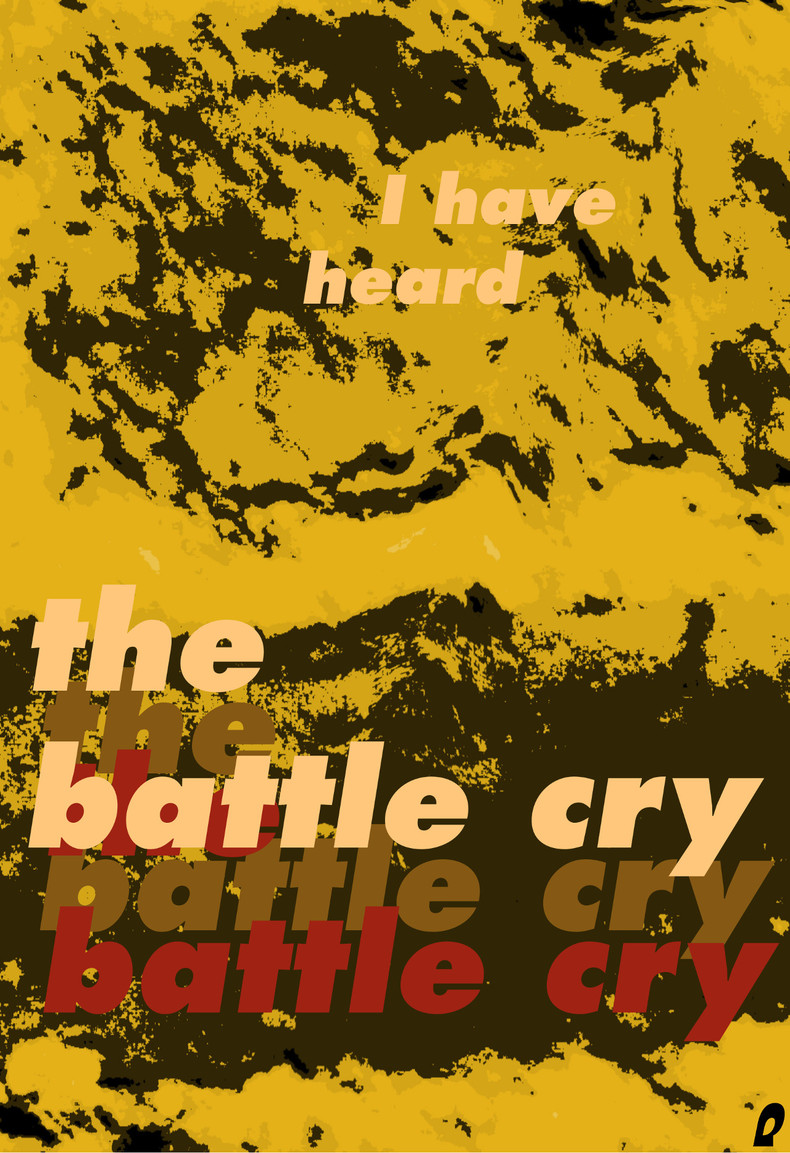 Battle without physical violence is God’s way. There’s no ambiguity, paradox or holding back. There’s a time for war and a time for peace. God cannot bring about the later, without the former. God wants peace. God hates war, because it destroys his material world and most painfully (for God), maims and kills his precious peoples. It’s the work of the enemy. The path to peace is in prayer. The need to fight: In genuine defence. The decision to acquiesce: A personal and individual choice.

When God was behind bloodshed in name and deed, there was one nation and to bring about a people-group in relationship, he worked this way. He conveyed his violence in the knowledge and necessity, that it was inevitable without his intervention, and last-choice redemptive involvement. On other occasions we read a pulled back revelation, whereby God speaks with overall responsibility.

Then He came. The new begun.

From Babylon to today, anti-God spirits have been unleashed into further levels of influence and power through connections with physical counterparts. Agents out of humanity, who sought what they thought they could find, behind destruction and death. They opened up and consorted in rituals and magic. Unwittingly or otherwise, these conduits let ‘hell’ in through these doors.

Some of these historical figures are known, mostly connected to aristocracy and royalty. If not, one step-removed. John Dee is a pertinent example of someone we know about. Secret societies are their anti-Church/Christ lineage. Although, many thought they were serving the God of the Bible, some worked knowingly from an opposite perspective. Although, were seduced by power, and the romance of mystery. Generally it was a heady mix in the compulsive need for rituals and magic. What evidence we have, suggests they were mostly from Europe, at least in the last half, since Christ came. Today illusions that they think their work is ‘good’ have gone. Bad is good. The Bible turned upside-down.

Now their secret knowledge has developed in interpretation, to become more of a god-like globalist vision. (Rumour has it, there’s an intellectual separation within their overall united cause). Goal: Trans-human, in a planet that goes from containing their secret societies to becoming a public one, that we’re in on. A new world. Here Aldous Huxley, somewhat explains.

They self-disclose, get power through being ever-known, but ignored or denied. Much military and money, but they themselves are thoroughly and certainly defeatable. They have their rules and disciples, their ways. That and their deceptions. It’s not some game, a ‘God set-up’. It’s not the way it ‘has to be’.

(Abhorrent, atrocity, it's another word I can’t think what. The one that says, ‘it should not not be’. Could add another: ‘It must not be’).

We’re standing with a battle cry ringing. We hear and throw ourselves onto God and/or the fight -or- we’re complicit, bowing the knee to the God of Empire and their crimes. We are accessories or army. In the hospital or driving the ambulance.

Who/what...? Specific identities matters less than opposing not excusing or doing distractions on the branches of social injustice and not digging out the roots. These ‘families’ have carried a mantle that came to a potential end once Christ took their powers to the cross and disarmed them. The need to establish a physical nation ended and the need to establish God-space on earth has come. One nation - attempting to live - in an active relationship with God has become one world in many nations.