Beware Of The Cares 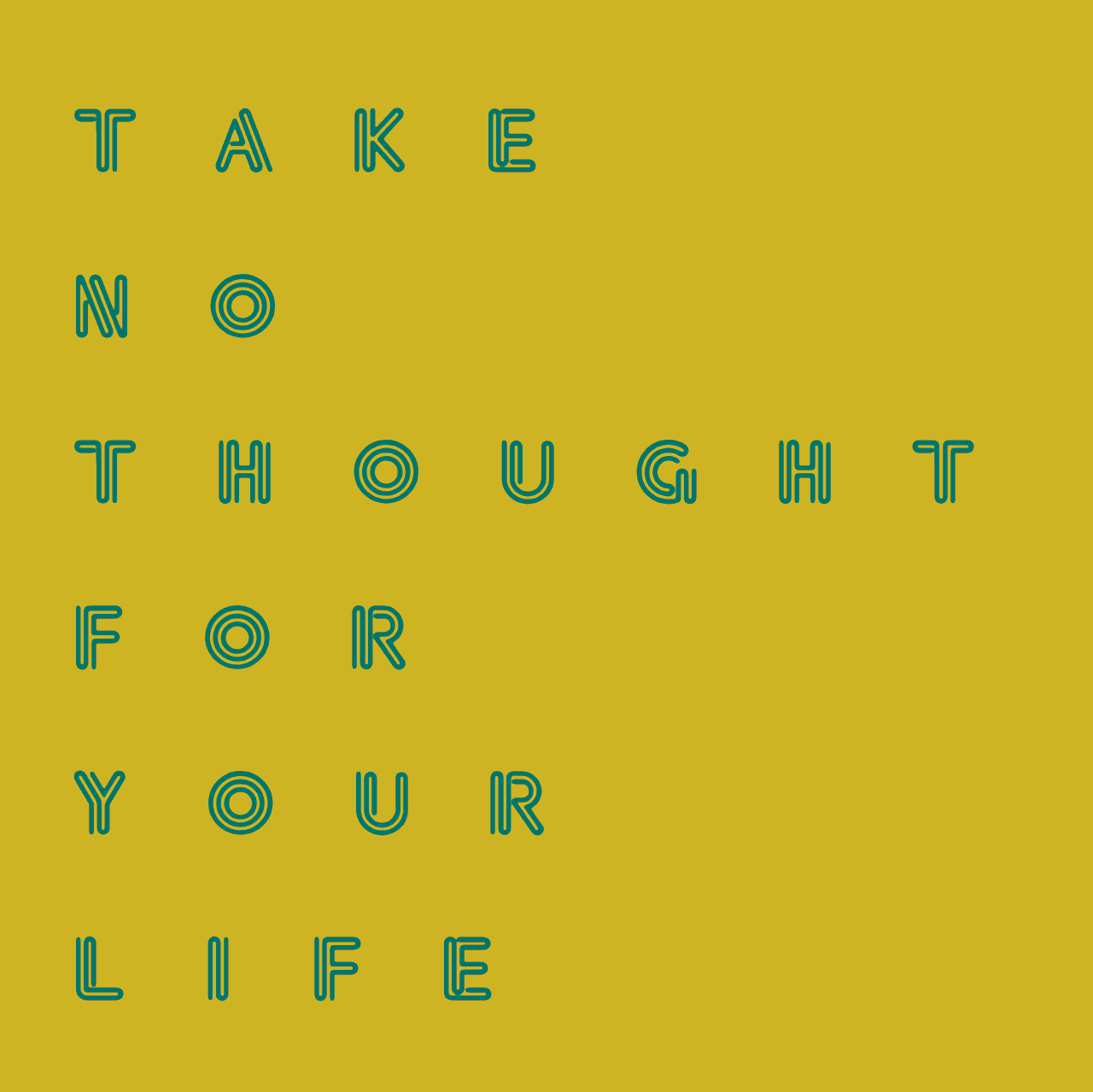 Wrote a TS that don't believe; to tell of the tyranny. Like evangelism, question the value. Broken works. 'Something is happening, and you don't know what it is, do you... Mr. Jones' levels of one to one infiltration.

And most people snigger at this. Raise an eyebrow and smile.

Esp. and more so, those think they're the educated-ones. Can string a clever sentence together.

Five years ago smart-asses were more resistant. Now the apocalypse is that much more potent, sense, more muted. Not I bother engage anymore. The pills are all swallowed. Principalities walled 'em all up. Glazed eyed ambivalence since search-engine smart.

Believed the lie/propagated by the masters of war. "It's the Six O'Clock News, tonight..."

Don't pretend not psyop'd but have somewhat self-diagnosed. And doing a degree of what-can, to get some remedy and relief. At least alarmed. None of that and ye sound nodded off.

As bark on -- the awakening to truth about politics, peaked in active terms, a few years ago. Newcomers now, less urgent. Old timers, had an innings and like me, got the message and without a vehicle to move with, parked up. Or motored online and low to no encouragement or response -- jacked it in.

A surge up and down, came about when the expected seismic crashes, post '08, didn't occur. From an illuminati-like perspective, this has gone well. They need compliance and so numbers getting knackered off suits.

Modern media's wrecked the landscape. T.V. was doing a pretty good job but it took the net. But there's now a backlash and decline, so they have need for Internet 2.0.

14 year olds and younger, not grabbing the teat, quite like their five and ten year older peers.

Difference and awaker to evangelist, is 'in the name of Jesus' supposed, imbued, power. Similarity, is neither found -- very often. Both suffered crisis of faith.

Faith in the local church for the evangelist. Know it or not, the struggle to progress in ways, that would help. Otherwise bad theology concluding disengagement and primo-dynamo, the call to prayer, generally diluted.

The Gospel is the awakening to tyranny. Its live and direct influence on all our lives -- repentance, deliverance, and run to the cross and Christ. The early church lived this out. Had no alternative.

Everyone was 'awake' in their day. Although religious leaders and those on the take-from, went along with. All else, best they could, slaved to obey.

Similar times. Ever more employed by the 'state' and becoming dominant over individual freedoms. Trampling on those with expectations for justice and truth.

And what Jesus say?

My Utmost; 'Beware of “the cares of this world,” because they are the things that produce a wrong temper of soul.'

Jesus calls for escape from the grip of the junk. Get off the needle. Stop living by bread alone.

The GREAT news. God is great and offers crazy prospects in a dilapidating environment.

Stop here for now. Back to build myself up and write more/later/today/God willing.

God says; remain in me, reject the lies that come via media and the infecting of people who project this back out. Infiltrating spirits are deceiving and accusing ones. Promises of God are their target and our weapons. Arm up in faith and buckle up in truth.

Proclaim 'no cares for...' and all embrace upon...

Everyone... knows the routine: Know thy self. Why we listen to J. Peterson. And here's God -- "pay no attention". While here's me, banging on about the troubles of this world. Aren't they cares, to beware of?

In fairness to JP gets on traps and introspection but this Gospel is one upside down-er. Obsessive expectations. Asking we have holy belligerence toward much that's considered wise and prudent.

Pay attention to ME, says God. And look for truth, wherever this might be. With the Spirit inside -- insight.

This why refusing to face the central-conspirators idols of deceit is so damaging. The ritual is all about, do we receive or resist? Bow to whom? Lies or truth? What the material-idols in Bible-times represented.

Today, it's for-media spectacles. Purpose to reveal enough and taunt those dare paying attention to the disclosures.

For all tech does to oppress it, allows search engines to display links to anomalies with -- esp. vids -- commentary.

Not anymore. Depleted viewing numbers, due to those who suspect, hardly caring to investigate anymore. While effort to cry out discouraged with persistent take-downs by the platform.

Put a pertinent search term in, and the better producers are missing. These lights, are going out.

As for this coming bad world order -- what is the God-leading response? Jesus weeps over the city. We should. Somehow come to share, the tiniest glimmer, of how God feels.

Disregard all cop-out theories and lazy, loveless, isolating. Not about our cares or some curiouso about the empire's crimes. About God cares. The ushering in of darkness needs acquiescence. All pretend we-know what's going on yet not looking.

If we say we care... to know, but don't, is the self-perpetrating judgement. For whatever reason or motivation and don't receive the 'news' is not the same.

Akin to seeing the idol on the hill but refusing to climb and sit at its feet. Eat the food.

We're at the brink of self-revelation by the state's of evil. The next few terror attacks will likely push incredulity over the edge. Not that this hasn't happened but you can see the need is to somehow transition into pure 2+2=5.

Nuff rattlin'on, should be Bible eyeing. And these posts more on the build up than what's pulling us down.

The good here, is that God is longing for us in fullness of surrender. No yesterday or tomorrow talk, or thinking. God now and here. Somehow seen. To emerge in power. Called upon on the constant.

We and me, why, not-so. Looking only -- ONLY -- to God. And refusing all lies, when not deeper than ability to understand. God help us.

PS:
Get the cares/your life in Jesus' context, doesn't necessary equate with 'introspection'. Yet, material needs, to have or have not, so often do. God wants to be all our vision. With this, dead to self and alive with the present one -- all the mental well-being we need. 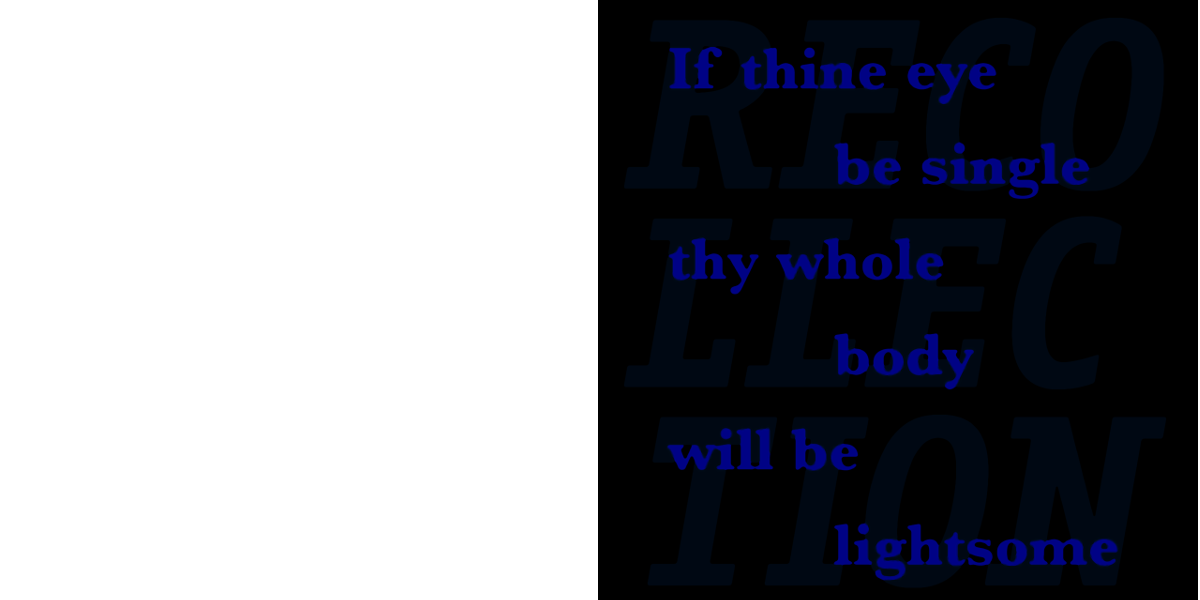