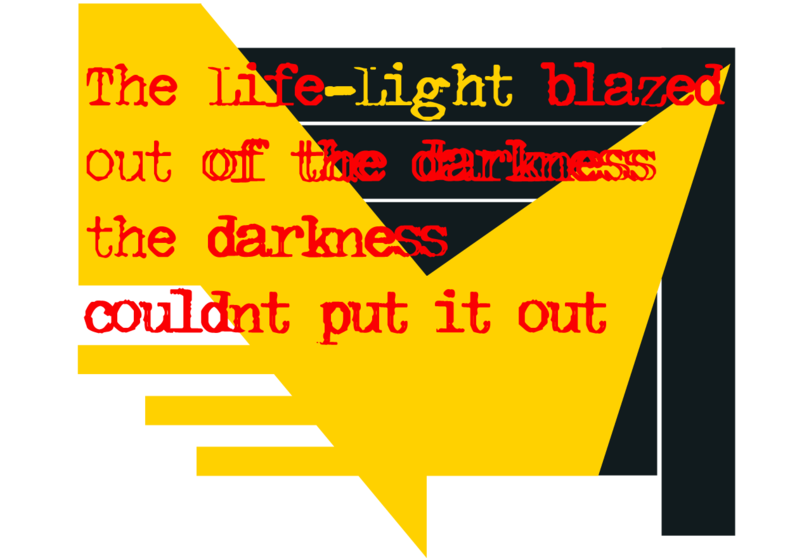 Snug in and out two minutes #this# discussion, which I'd like to get to, for a next TS post.

(#this# discussion was on DAHBOO7 broadcast/written to him to help me re-find but looks like might be gone??)

Come to appreciate; 1. How people discuss, more than pumping my favoured lines and spine. 2. That I don't, maybe at all, agree but – the investigation has some conviction about it. Gutsy and crucial.

Today's readings? How funny, the very verse I used last time (and only that verse Mk 1:1), Jn 1:1-18 and Lk 1:1-4. Unusually brief, text-wise. Bit like this post (to be). Make one plea and scamper off. Since 'I myself have carefully investigated' writes Luke. Bereft of this today. We have mainstream and pseudo-alternatives. Paradigms within the confines of acceptable to the masses discourse. Not so the mass but esp. the smart broadsheet-type readers. Left, right, left, right… steady as ye go.

Accepted there's much wacky, where more 'careful investigation' lies. Much cavalier and far from care and counter-arguments, BUT… it's where investigation dares to go. It's where Jesus sits. Maybe in the midst and middle of contradiction. Conflict and resolution is God's way. In ideas, where little found, in all ever-agreeing. Repentance: change of mind – an ongoing revolution. Jesus claim-followers, too much stop in camps and investigation is too careful, in what not to consider. There's progressives and traditionalists but oh so nicely, follow the world and keeping, oh so sensitive, to be sensibly conventional. (Controversial is generally with their fellow lot – inter-church-politics). As for the Church of Truthers, they have their versions, spats and schisms. Most oft, knackering their once readers and viewers, off. Any ol'ways, not here to bitch. All me saying is, 'careful investigation' is as much or more about how, than what.

Jesus was truth because of how he did truth. Accuracy of thinking is – 'we' claim – from another place. Not from creation but maker. But, the plea from today's 'plant' is; Love investigates openly and carefully. Secure in not threatened by possibilities to change and be found in the dark. Plato's Cave is a top of the pops description of the media con. But the shadows or outside, is all either or, and while this describes awake/asleep divide – what do we do when we go to the entrance?

Hearing – not always with an easy turn – some get feisty, with their truth-bound audience. "Awake isn't watching but producing" they preach. No output? – Public comment, own output, chat-a-bout to 'outside the revelation' – nah-a-wake-y.

Christianity to Anarchism agrees. The Bible uses the analogy of fruit.

We ARE on the brink of brinks of war-widely and money collapse, when “paper burns” – so says Rob's influential colleagues. But shock city is the widespread, (exceptions anyone/do understand/do go along m'self), 'eating and drinking, marrying etc etc before the flood…'.

When will 'who-say-into' get? Biblical prophecy, is a warning to better react and act, not a fate and complete control. Yet, this inertia and ineptitude is quite shocking. As previously considered, there's some fog-like layering of mind-control, that for a complexity of reasons, locks-down the 99%. The 1% not so-caught, are the .0001% who are (in with) darkness central and the rest; Most/all-opposing, scrabbling 'bout on five dozen websites. Most picking their fair doz. – avoid the rest. Tip-tapping to each other and videos to a few thou.

Nuff. What me saying? Careful investigation is determined by an investigative attitude over and above experience and intelligence. PLUS: what do we do with what we know?

Truthscoop might have a new lease of umph soon? Depends on (…would like this to be God), others. Because I ain't enough. Another big mainline enemy tack, is keep up the disconnect from each other. Collaboration as far and wide as possible is more Jesus way. Would go and get alongside and chatter with the 'wrong crowd' even.

All we are saying is give…

'Dona Nobis Pacem' – Keep thinking of Vaughan Williams and how he approached foreboding (and aftermath of) War, with his sounds that spoke loud, somehow missing from contemporary arts and music.

Today… where are the women and men of anguish and alarm?

A Paul Craig, an Alex, a Dahboo, a Patriot Nurse and on... the few. There's others. Who seem to catch the severity and the scream of realisaton.

And God is. Not remote and passive but active. Can we hear the cries to be awake ('watching and...') and expressing. And to the ones I can barely/not UK-wise find: Praying/wanting so/continually and specifically. Urgent, not so relaxed and in our stride. Be the 'willing offering' as the Lamb of God was and is.

Many have undertaken to draw up an account of the things that have been fulfilled among us, just as they were handed down to us by those who from the first were eye witnesses and servants of the word. With this in mind, since I myself have carefully investigated everything from the beginning, I too decided to write an orderly account for you, most excellent Theophilus, so that you may know the certainty of the things you have been taught.