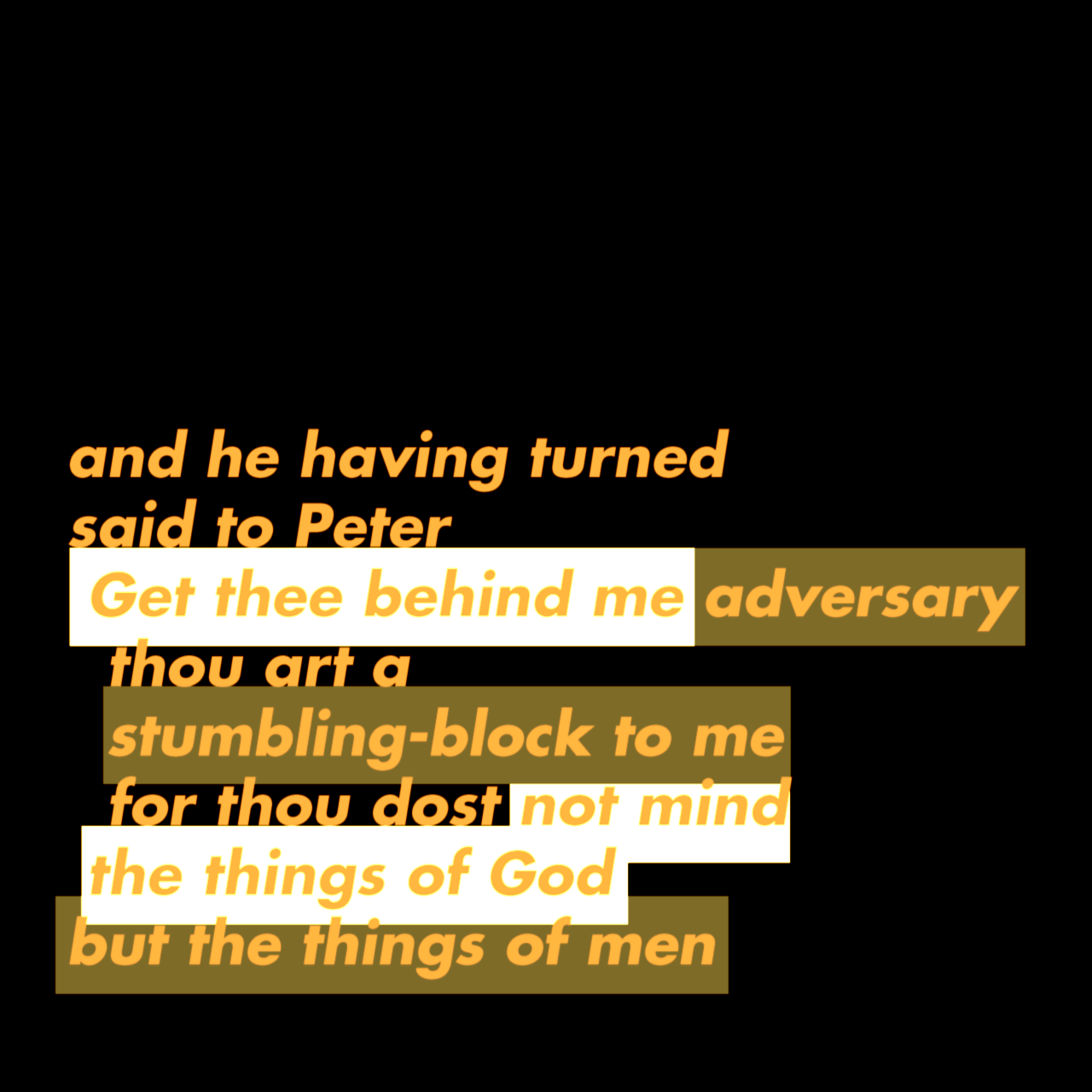 Not too, one way or the other, with unseen evil... things. The sound stand. Don't ignore or get too wrapped up about.

Excessive attention is rare. Pentecostals into deliverance like a sport. And/or claiming the source, for all negative and personal.

A clever-sounding line is to frame evil-spirits -- 'things' with personality -- as institutional forces. The 'spirit of...' and an embodiment of destructive physiologies. Collective mania. Held in crowds and power. Goes along with thinking suggesting change social systems and thereby individuals follow.

Jesus revelation isn't calling Peter an 'adversary' but addressing this something/one else. A prevailing influence over him. Consistent with the definition of separation and other dealings with these living entities.

Not Peter 'you are being...' but commanding the 'spirit' gets out the way. To chase away. Behind -- not before.

And what a diagnosis? The problem is a deflection of purpose. Presumably, Peter oblivious, under alternative and outside influences.

Should we 'talk to the demons' around and about wadding in and out of people and their interaction? Think not. At least in an over-familiar regularity. Reserves to, when led.

But the 'things of men' are all-encompassing. And Bible or Jesus talk, doesn't in itself, indicate otherwise. Clearly, as here, in Peter sounding pious.

Call devil/or devils -- hate us, and thereby God. They need us to join along with accusations of 'hate' toward one another, which Jesus talks of 'judging'. Without justice.

Like anger, it has a place and the purposes of God but only if living deep 'in' the Spirit and as led.

The other drive is deception. To have us believe a knowing lie. Something we don't have to. This seems to fuel the unseen enemies. Have us in a form -- in their perception -- of affirmation toward them.

Deception ruins people's faith. While the exercise of faith/prayer is the means for liberation. Alleviation of suffering, out of God's love for us.

These 'devils' are all about affecting and infecting every one of us. The escape is radical loving and 'praying/Bible verse recalling/sing/tongues -- and yes, rebuking'.

Think need to do the first five on this list a whole lot more, before/if and relative to the amount of rebuking. Only as/when. Will do.

We need deliverance. But what a negative assessment; 'the things of men' = our adversary.

No surprise, no one much, into Jesus.