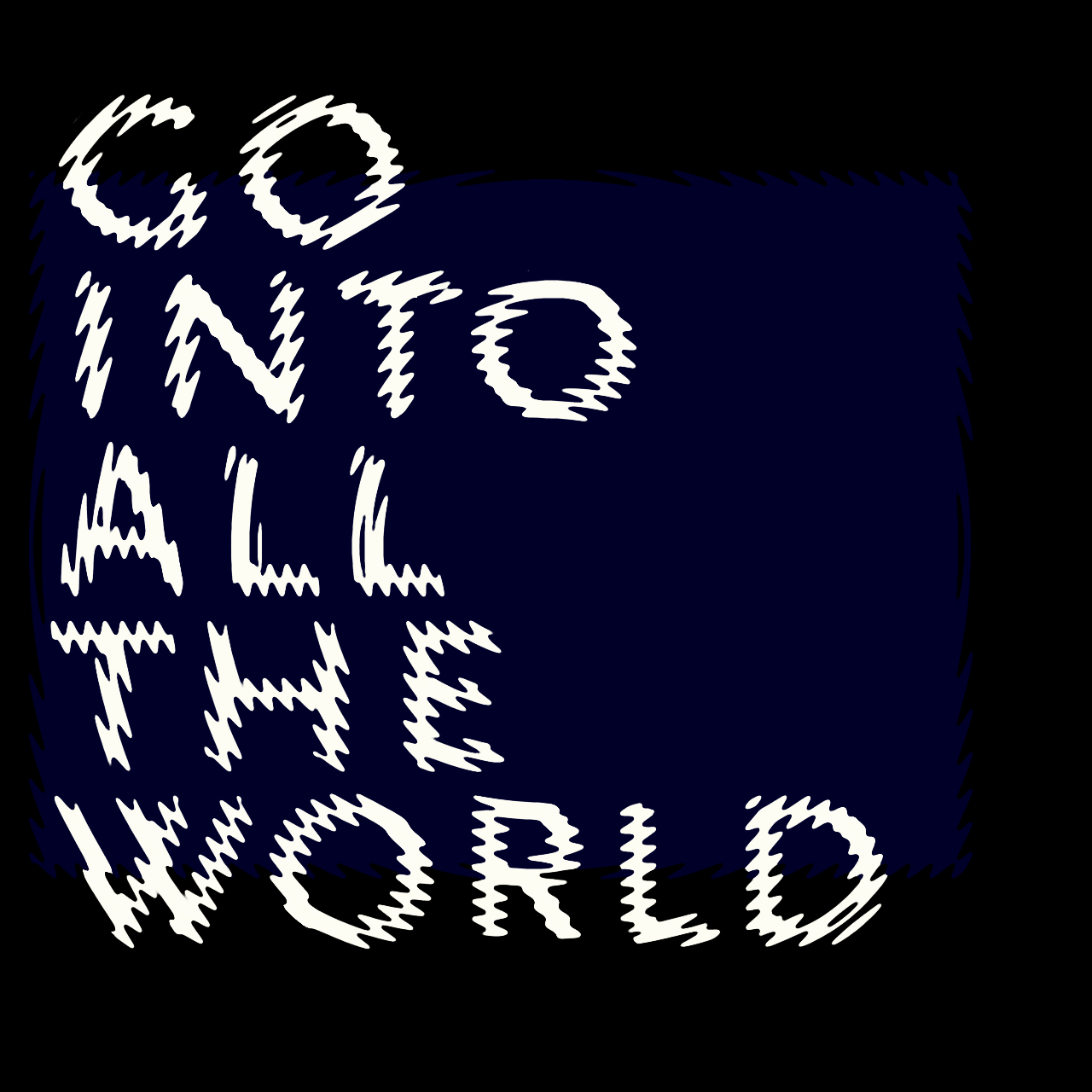 Boring the readership I don’t have (ha ha/wonder why?) – in theory; Communing with the Holy One, get some word to unleash, mull and shape into a ‘my utmost’ and pop out with image in God glorifying sense.

Instead, go groaning at my ongoing fail-to and wants. Nag me. Those (#don’t check the stats, see if I’ve broken the handful threshold, last months-back looked) reading along? Do I try at all for thee? Or go free-flow and ape. Ape?? Oh yeah… go and madly. Not that. More go and don’t stop, press publish, hasty and… freed-up.

Write – just commented about as/happs some ‘why/s?’ – and already here on about, on about. Writing about…

Back to nag-me or write to be read? All down to me. And for me – me and God. Better day with/better write with bit of conviction. Next comes/think led – audio. Think-ish should. Won’t rabbit why.

To here/now for a paragraph. Put up, ‘Go into...’ because that’s what God wants. Told some saints the other day “we should all have a go preaching” – not necessarily up front on Sunday but somehow, we all... go. Undoubtedly we suffer with relatively few goers. The internet is for this. Now it’s knackered us off – sadly and ‘too much from too few and too little from too many’. Something I wrote about and truth-ing. As for Jesus talk? Same.

This morn: Gotta stay in-the-sanctuary and not relieve, go off duty, walk about and dither. Ding-ding. Remember a Ravenhill story. (Rare me and do quotes but this a good un):

‘Napoleon Bonaparte made a lonely surprise visit one night to the outpost sentries on one of the vital positions of his battlefield. Stealthily he moved along in the gray light of the morning. One sentry after another immediately challenged him. Finally, the crafty warrior stole up to a strategic spot. There was no sentry to challenge him. The wily Napoleon moved closer and saw a pair of boots protruding from under a shock of corn and a rifle propped beside them. He made no comment - just picked up the rifle and himself stood guard, waiting for the awakening of the snoozing soldier. Finally the corn stirred, and up jumped the guilty defender and grabbed for the gun that was gone.’

To fill the page: Sleep and awake physically is the crime of all crimes. We are, what we allow. This mayhem is our lazy, self-deceiving, fault. God needs to judge for mercy-sake. Judge in pushing those brinking us along, while the walls and chains go up. We’ll get it alright but where’s the army out-in and ready for more? Even a cell of called-out ones for making prayer and therefore would bang-on about such.

God never says ‘when...’ unless, means it. In the respects to the times – no encouragement. But the word and Faithful One with grace upon grace. Never gives up – this about the final word and God. Yet, persistence should be less and less necessary on some counts. Oh sure, all need for God and make any-good. Needs met increasingly. But gotta grow-UP. This what.

And I want a song and dance meantime? The Sabbath is but a day in the week. Keep this but not the lack of slog and barrier busting ‘greet no one on the road’ and ‘toward Jerusalem’ and ‘face like a flint’ – this sorta talk and action.

Successful failure. Not oft. otherwise. And theology that liberates because this our call. To liberate with The Liberator. Not c'est la vie slacking. Where’s the gumption? People who get time is time and gifts of the Spirit. Who see lies are a web and mainstream pundits, anti-Christs.

The battle and the church is in Syria. Evangelicals not knowing which way’s up, unprepared to repent. To believe, no… to know the truth, on evidence basis, crying “the rebels are in our midst” and they appear on telly in suits and skirts. Commanders of deception and war.

Revival would come, knowing what social justice requires and everything given-to God, praying. The Gospel was in the early church, translated in truly seeing empire's world order. This talk part through, disagree that it’s not believers and engagers in other realms lot at the helm but otherwise, buckets of truth here.

And what of? This the Gospel. Like his talk and the ‘first half’. Saying ‘saved from hell?’ When this has a place/if convicting. And rightly discerned/re-thinking. But the Gospel was first lived when crimes of empire were the issue, albeit recording in Jesus account, letters etc, somewhat obscured. Hell talk was for the religious crowd of hypocrites.

We have the message: Sign of Jonah. This time ‘God bringing’ is superseded by sown-reaping. This level of judgement, is what God wants us and God wants – we avoid, and global cataclysm. Christ died to destroy these works of.

But futurists cloud this and reformed versions of time – screw peep up. Many live better than their theology – that said?

AND then the end will come. Go into… and Make.

Oh where oh where those who get what the ‘world’ is and encourage us all to GO?

Na-da ‘round. No one. Where’s the combo wisdom (about the world) and zeal (about God)?