Substitute for silence. Kicks through self-expression. Dance about before imaginary crowds. Tell..., something good. Careless shout-a-bout and not unusual, ram jam an' thank ya mam. [As usual press publish, and be... done at one pm. On until the sight of masks here/there, drives me to the hills and beaches. Blessed seclusion from observing self-harm'rs and the avoidant/arrogant one's we must not tolerate/ be among.] 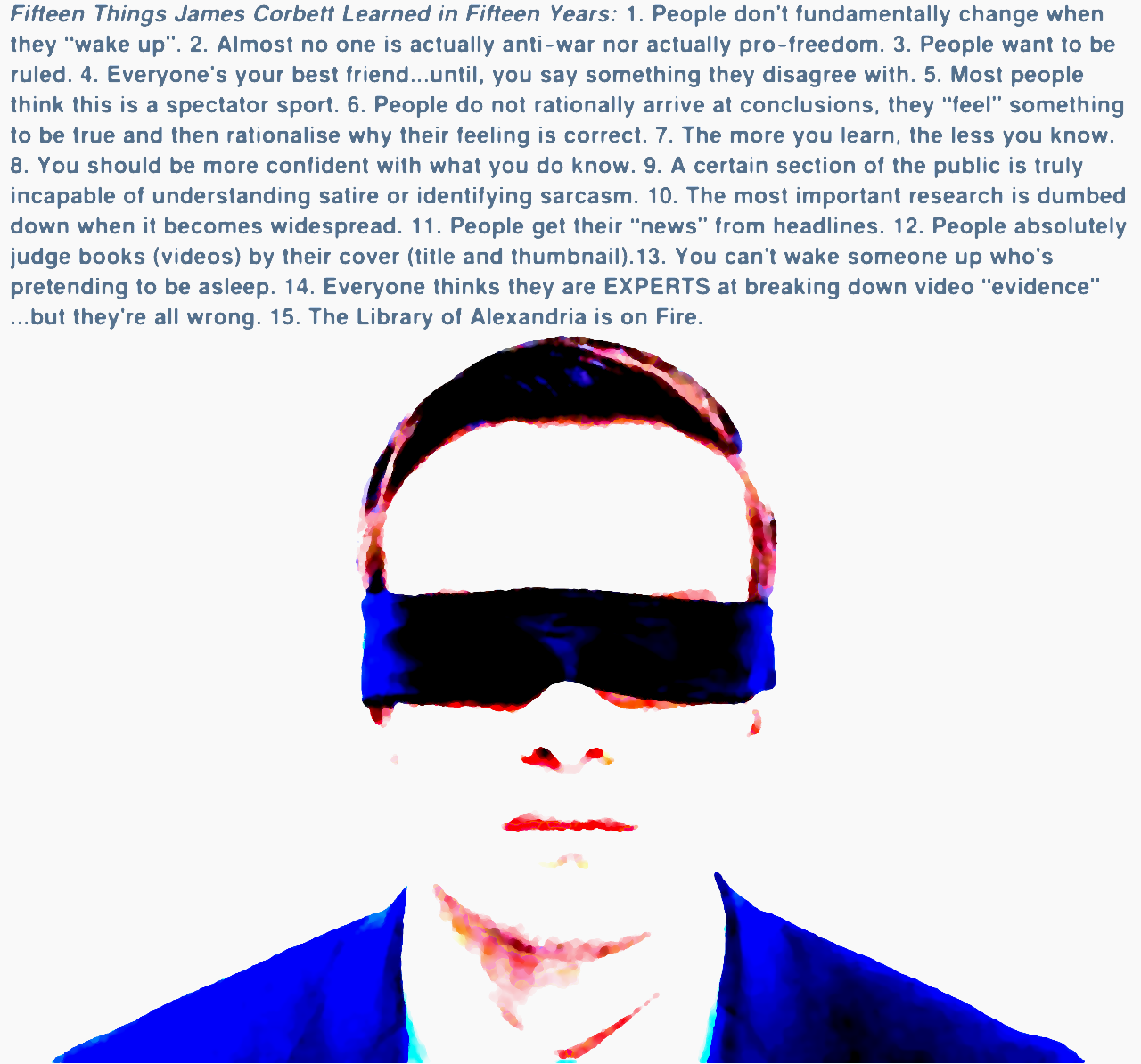 [as José Ortega Y Gasset described it,] virtually and provisionally to withdraw myself from the world and take a stand inside myself – “or, to use a magnificent word which exists only in Spanish, that man can ensimismarse (‘be inside himself’).”

Tap reposts the Corbett talk. A tough take and smacks at signs of life and liberty. Met E. y'terday in a regular evangelical church. Off abroad for the summer. Talked of Totnes, Devon, her home and the active around her. Take heart. The Christian among them and isn't all the locked-up and lost James (Corbett) observes over his awoken time. Met a cracking couple on the journey off the mainland. Rare in their engaging and curious for reality, attitude, and seeking. The ding-dong cracked along until mention of a senior officer friend and off context question: 'What about Manchester'? M'face dropped and the convo. went into a tail-spin.

One thing me, oh MJ's, learned: The toughest call are questions that challenge our understanding about someone's integrity in what appears outside evidence and claims? I cannot explain this and causes me to pause on views, would take as read, considering substantial facts not in doubt? The false-flag's are classics on this. What's required is nos. 7 and the less known, as more transpires and comes to light. All that remains is mystery and conclusion's pending. That said, these two rocked around the world, the inner/ outer and got me bang into Buckminster Fuller, with HOPE... there are; the wondering, blazing, life affirming and diggin' wherever and whatever is good and true.

Call all three: Women/ a man.

Knock ye down, eh. As for the Highlands, the dippy and do-lally masked and social destroyers, pepper and soar the landscape. Else (un)wise are displays of Ukrainian racism, while the mobile-phone illness is ever-apparent.

Comment on the Unz piece. Much gets said about evil(?) and unseen entities(?) for once. Commend the endeavour, yet the way of m'theology goes; Reason/ Historical discernment of theological traditions and church-based activity/ What the Bible claims? As a rule the little and unqualified affirmations are elaborated on by one and all into speculation, couched as categorical and true. Read (the Bible), outside the lens of Christ is error one. Jump into one of two extremes' follow:

The 'devil/s' run all and God is said to be going along in a divine-demonic twosome -or- Devil is a metaphor and an old worldly misunderstanding of madness. Theron God be an 'absent presence' or all controlling executive and meticulous producer.

Answer: Overreaction. Root-one happened when an African bishop was on the re-bound from a spell in a Manichaean cult, and grabbed the Gnostic and Pagan hyper-alternative. An Irish monk sent him on a reaction that took the early forming of collected Christian theology into a closed and mechanical-made universe. The start of today's relativist and multi-verse confusion at a viable Jesus-centered approach.

Read on Christianity and deepest dynamics? Sure, nothing makes sense, within the presumptions of the codified and Calvinism, -or- better by far, pull-back and Wesleyan attempt to make sense. Tell all who ask: The (Christian-based) God, you don't believe in, is one am repelled from m'self, albeit with grace to respect and sit with bros., and sistren who make the best of the gaping dilemma.

THE reason the 'church' is not the outfit it makes-out it/ we, can be, is the scarcity of hidden and in-'secret' praying, plus; lack of repentance from lies believed and acted-upon. Like any ol'saint the big boulder and block is accepting forgiveness is for real and living out in the power and freedom of the Holy (means 'separated unto') Spirit, in and about. God's too good for us, and supposed be buggin' us? Gets self-projected through shabby theology and morbid self-obsession. God don't trip, test, taunt or trap. WE do that. We make God an exam with results. The tough teacher and lord-over image wrecks us. That said, we're not here to play and party all our days. Love all and always, and HATE evil is the way. Bold up in all our frail, fakery and wobbles with God gettin' in-on. No mission = nothing to do but ride along in a sub-best life aka., sin and sin some more.

On that, am off and the beaches and remote bliss of my lucky lot. The Autumn is the unfolding. Wildest demonic's could be the long-hinted alien/s move. The businesses are closing and shortages are in planning for contriving and whipping us into rougher subservience. The bods., pulling the puppets in the media and famous faces, are 'religious idealists' in my discernment. We cannot go on with the slow and steady boil up to categorical and collective demise. The instinctive is for delay and reprieve. Our problem is we had fifteen years to listen, learn, and ACT on James Corbett and like? What did we do? Pretend to be awake.

Get on it. Shed tears and shake to the reality. Get God, or if that's too long a leap? GO goodness and get loving in our generations-past found and compassion. Be the solution and not the scared and avoidant wreck we all freaky-unwell do, given the lazy choice.

Closing plug: 21 Wire on Sunday 5pm is the listen.