Added one of the 800+ comments, the education awaits...

We are one step closer to police and law enforcement abandoning their service to the elites, and flipping to the side of the people in upcoming social chaos and revolution

Tragically neglected here is the wisdom of the classic maxim: ‘Fiat justitia, ruat caelum – Let justice be done, though the heavens may fall’

Brabantian, on The Lynch Mob Howled.

On, Or Did George Floyd Die of a Drug Overdose? 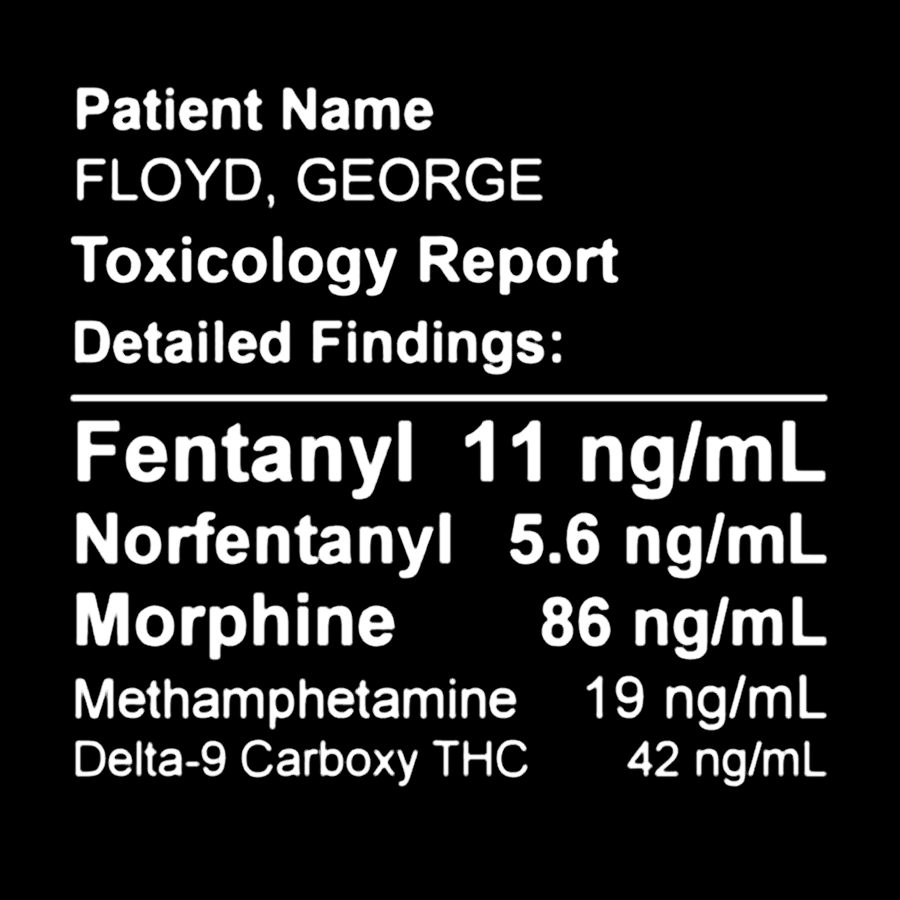 Floyd’s legal team will argue death was caused by “mechanical asphyxiation”. They base that solely on the video. There is no physical evidence for it. The knee didn’t leave any bruising. His hyoid bone was not broken and his throat tissue was undamaged with no petechial hemorrhages. As the report put it, “the neck discloses no areas of contusion or hemorrhage within the musculature.” He fainted while he was still standing which indicates he had a problem related to blood flow to his brain. He also complained of breathing difficulties prior to application of restraint (which is intended to keep the perp from hurting himself). They will be eviscerated on cross.

Floyd’s fentanyl level was 11 ng/mL. The average overdosage is 10 ng/mL (it varies based on the tolerance built up by the individual). Symptoms of fentanyl overdose displayed by Floyd included foaming at the mouth, difficulty walking (he had to be supported by two officers), confusion, respiratory depression, and respiratory arrest. Fentanyl is so potent that law enforcement officers and first responders are warned to wear protective clothing during known raids to prevent inhalation or skin absorption of the drug. This is probably why the officer wouldn’t stop kneeling on Floyd. The ambulance was called after these symptoms were observed because they knew they had a medical emergency due to a drug overdose.

Further, this was complicated by his severe heart disease. Several of his key arteries were 75% blocked and one was 90% blocked. That alone was sufficient to cause death.

The officer’s knee was not on Floyd’s carotid. He was on the jaw bone and then backed off to the back of the neck when Floyd said he couldn’t breathe. The knee was on the head, ear, and jaw… but not throat. This is the technique taught at the FBI.

He died from cardio pulmonary arrest as the autopsy states. Murder 2 won’t stick. The Blacks will riot again, as usual.

THE TRIAL WAS POINTLESS. WE KNEW THE OUTCOME. WE KNEW THE THREAT. CONVICT DEREK CHAUVIN OF MURDER, OR CITIES WILL BURN. JURORS SURELY KNEW THEY WOULD BE DOXXED IF THEY DIDN’T VOTE TO CONVICT; ONE POTENTIAL JUROR WAS DISMISSED AFTER HE DARED MENTION THIS FEAR.

Unmissable, and would advise being careful when to listen and pray God's give-you-grace and what you hear. Peace to you. Back, Saturday.

When there’s no future how can there be sin?

We’re the flowers in the dustbin

We’re the poison in your human machine

We’re the future, your future

— John Lydon, God Save the Queen

DR. ANDREW KAUFMAN REFUTES “ISOLATION” OF SARS-COV-2; HE DOES STEP-BY-STEP ANALYSIS OF A TYPICAL CLAIM OF ISOLATION; THERE IS NO PROOF THAT THE VIRUS EXISTS

For me? A balance of probability and the doubts on certain questions were given insufficient a presentation or cross-examined and the scrutiny to determine? The thought it might be a quick decision was, for me, the sign.

Assuming, of course, and not a full-on, 'set-up and scam'?

Guessing there could have been jurors' who, would not, have convicted, or had doubts? At least to discover and decide, given time?

How could fear and intimidation, not be a consideration? On this, entirely with Paul:

There was an abundance of evidence that there was at least reasonable doubt that Office Chauvin was not guilty of the charges. . . . So, why did they (the jury) convict? I think fear. . . . If you were on that jury and there was a mistrial or a verdict of not guilty, you knew your name would be leaked out and they would reveal who you are and Antifa and Black Lives Matter would be on your lawn threatening your life. . . . You knew you would face threats, and your house may be burned down.

PAUL CRAIG ROBERTS, VIDEO INTERVIEW, ON WHAT HAPPENED DURING THE TRIAL?

As with the wisdom, and in referencing living somewhere, and making right judgments? About the need to have compassion, living in or among, a particular struggle. The Context, in being more able to offer, appropriate, insightful, judgment? 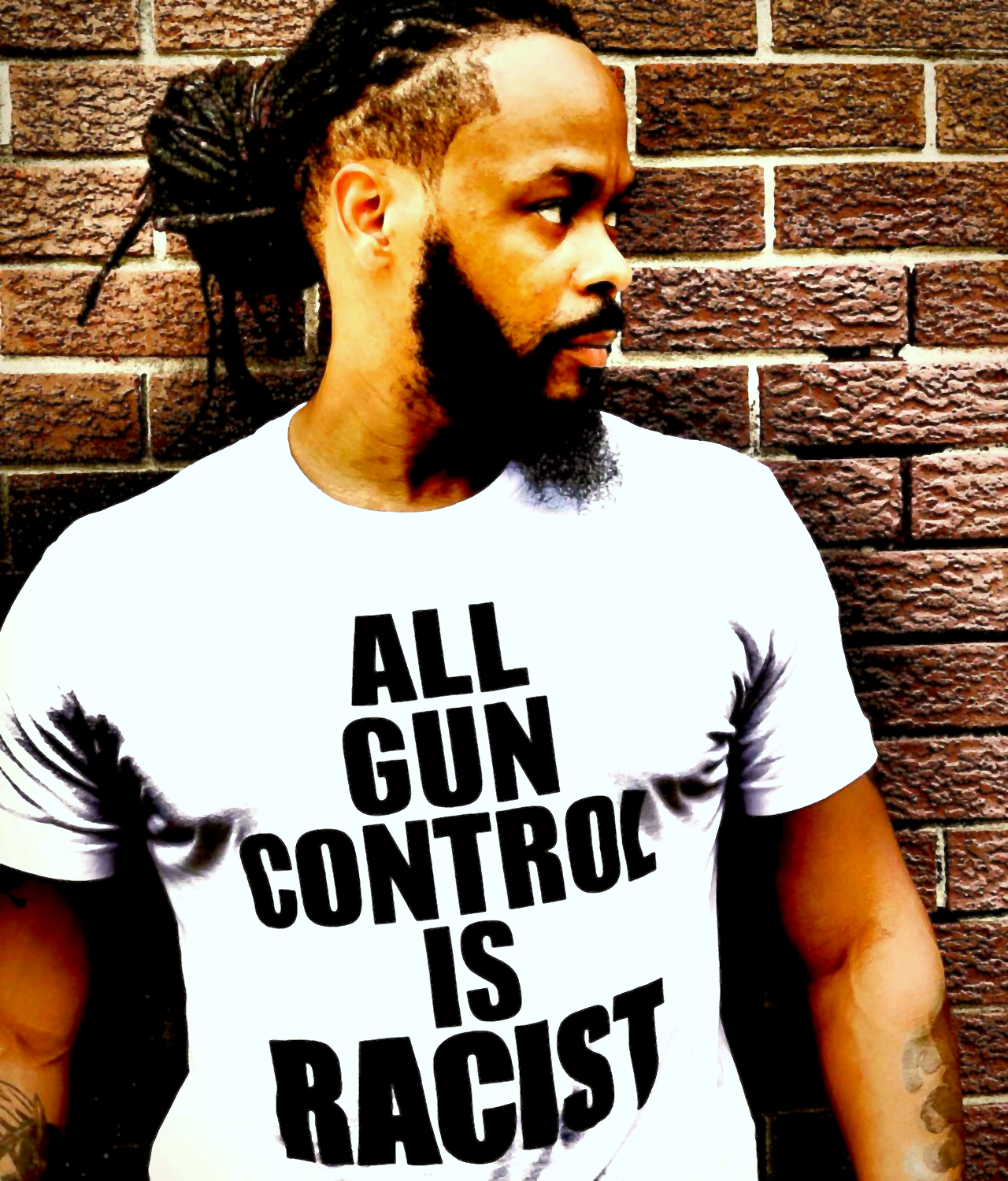 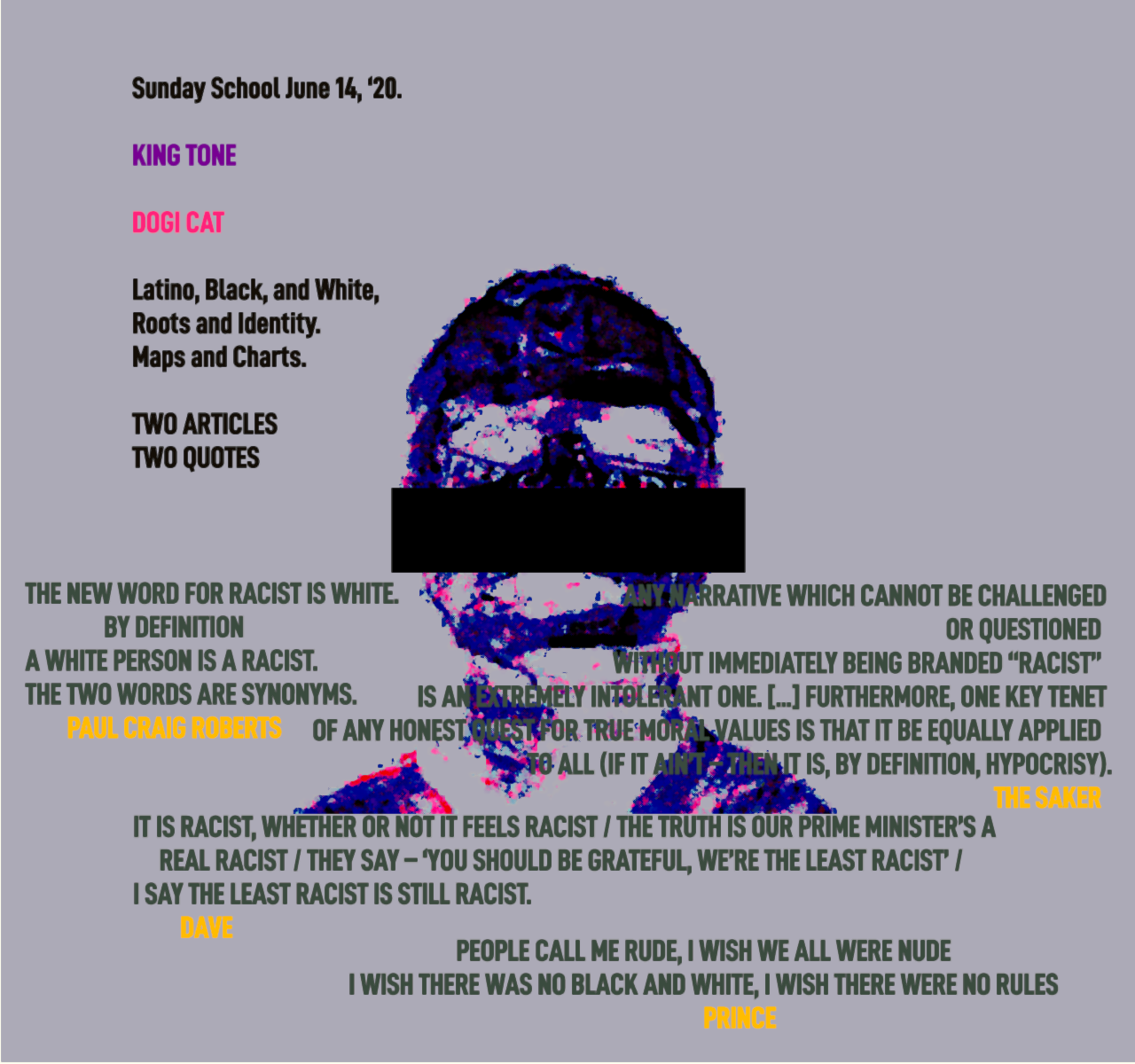 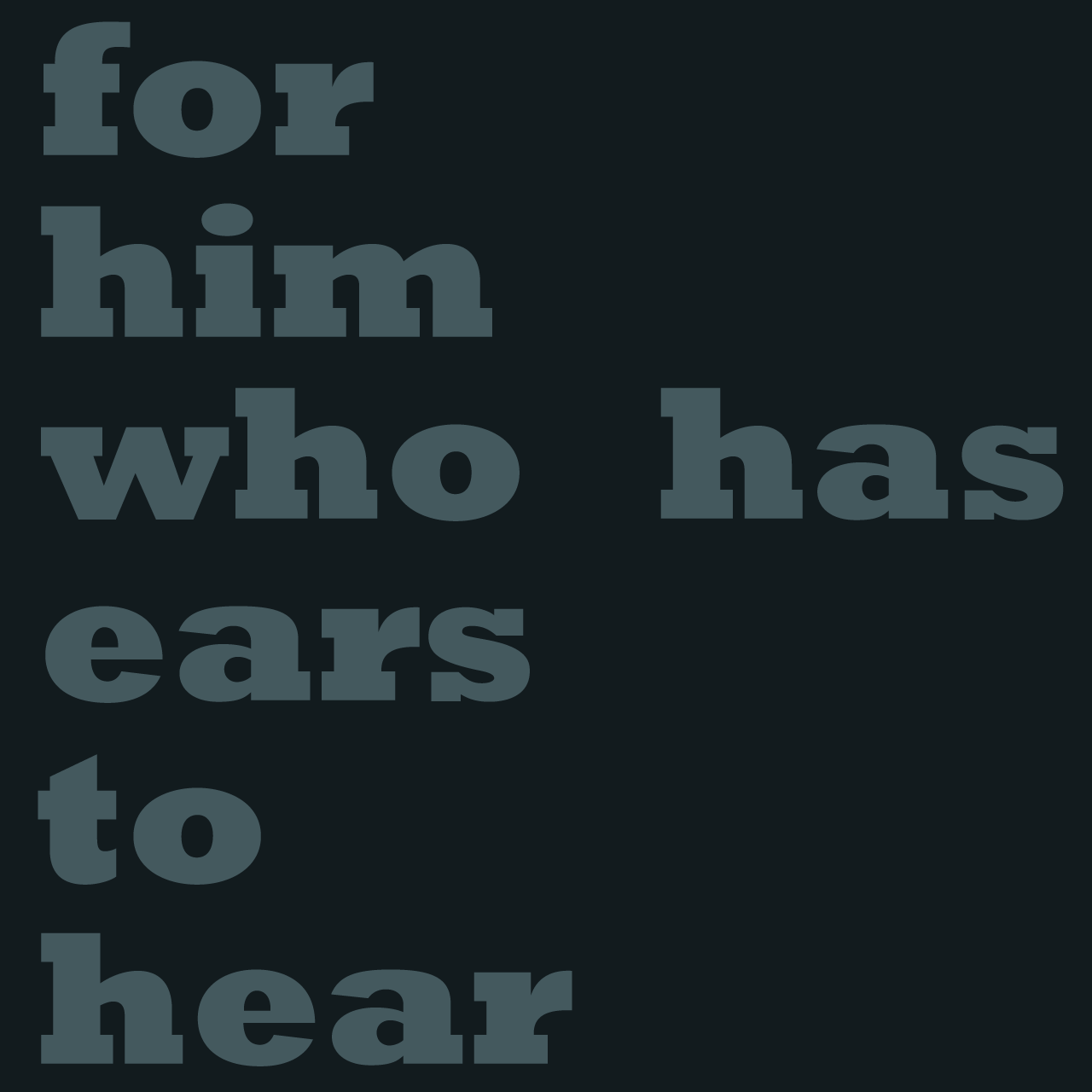 Floyd’s blood tests showed a concentration of Fentanyl of about three times the fatal dose./ Fentanyl is a dangerous opioid 50 times more potent than heroin. It has rapidly become the most common cause of death among drug addicts./ The knee hold used by the police is not a choke hold, it does not impede breathing. It is a body restraint and is not known to have ever caused fatal injury./ Floyd already began to complain “I can’t breathe” a few minutes before the neck restraint was applied, while resisting the officers when they tried to get him into the squad car./ Fentanyl affects the breathing, causing death by respiratory arrest./ It was normal procedure to restrain Floyd because he was resisting arrest, probably in conjunction with excited delirium (EXD), an episode of violent agitation brought on by a drug overdose, typically brief and ending in death from cardiopulmonary arrest./ The official autopsy did indeed give cardiopulmonary arrest as the cause of death, and stated that injuries he sustained during the arrest were not life-threatening./ Videos of the arrest do not show police beating or striking Floyd, only calmly restraining him/ In one video Floyd is heard shouting and groaning loudly and incoherently while restrained on the ground, which appears to be a sign of the violent, shouting phase of EXD. His ability to resist four officers trying to get him into the squad car is typical of EXD cases. A short spurt of superhuman strength is a classic EXD symptom. 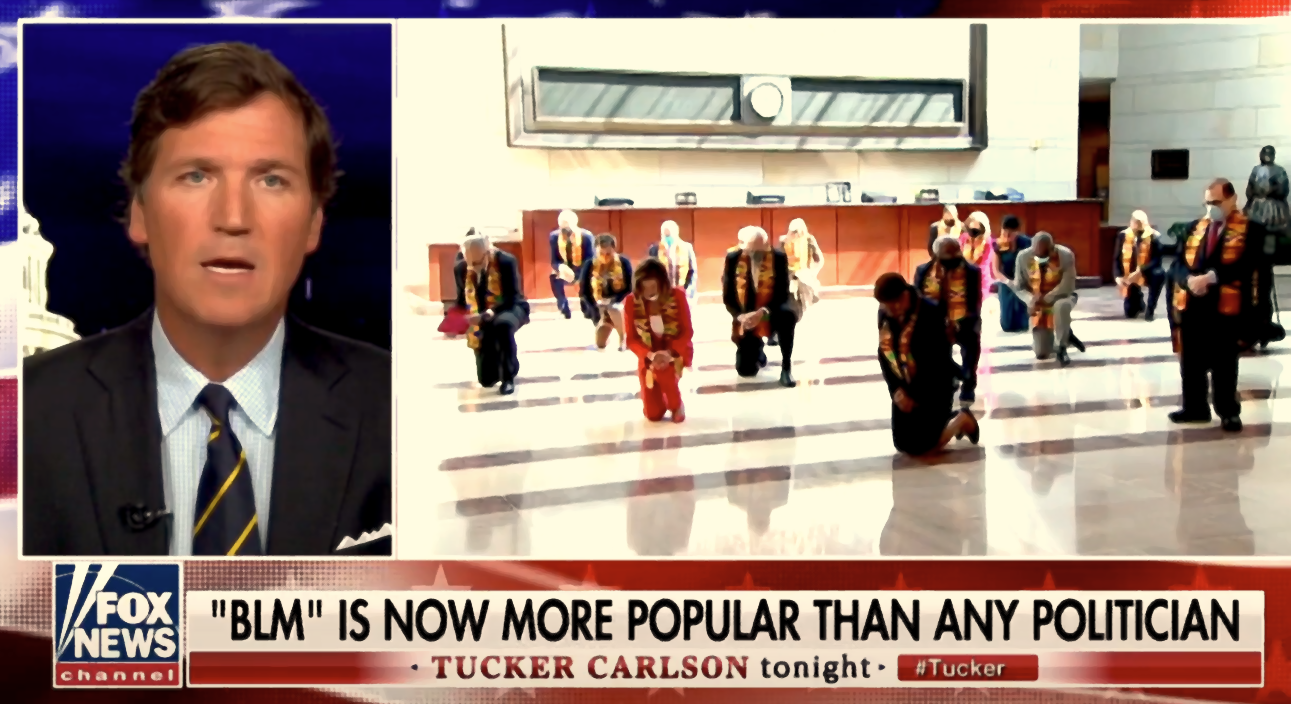 The Feurtado Brothers interviewed on Vlad TV talk about racism at the start of their long interview. The racism (70s NY) was, "out there, like today"?

What impression might someone get from a statement, and one, not unpacked? Has it continued through, might be the ask?

I went to NYC in the early 80s with a Jamaican' British man. The song Making History by Linton Kwesi Johnson was one of the discs we played. The racism in the UK was around employment and the police. Cultural and personal relations were somewhat separated but Reggae, Food, and JA-grown cannabis brought us together. In their, 'dance'/hall, in homes, and the streets.

History? In '75 the shock of my life... "got an O Level." Taken a year early, the surprise achievement, shocked... the school. Next year the papers came and I sat without bothering, having no idea how to answer. Absent, in class, and far as... not attending. At school... but, hiding about and skipping lessons.

Remember the one attempt was the History paper. Pleased, I could remember one of the questions, scribbled away... to find out after, I'd answered with the wrong era/event. The last week at school and a fistful of 'Fs' for Fail.

Nowadays, I long to meet, anyone, (and not a fellow blogger, etc.), who knows the, first thing, about History? While THE reason we're so messed up as a world is about re-telling and LYING, about historical events. We've been drugged and intoxicated by LIES that pass for the honest, and accurate, historical record.

As bad as MEDIA is, the place for said-to-be, established history, is the deeper level, and foundation for the reason we're battling for our collective lives. Dare read the claims made, and dismiss them without research? May as well, Shut Off from any, and all, adult conversation.

Can admit am 'not that well-read' and have gaping holes in my general and overall knowledge, perhaps that's why... I have a reasonable grasp? Less to UN-Learn?

Its people, with, a 'good education' who make-up the pitiful and pathetic end. And ANYONE, 'on TV'.

To repeat, a close pal or two, and same again, online have read-around. The Grads to Oldie, across all imaginable spectrums... Clue-less.

The sickness we'll fight for healing and freedom from, -or - become bereft, of anything, human, good, and communal.

Granted the ignorant of the other side of the story, have no/little interest in any correction of thinking. So it goes; Un-aware or acquainted, with critical and relevant information/ Belief in what read or told, with peer loyalties underpinning the resolve to resist, the alternatives/ PRIDE, wins.

FUN for me... to bring the GOOD NEWS, and demolish the bollocks that abounds and marinates us all in a sick, STUPIDITY. Top to bottom. Fear, Arrogance, ...as thick as, without care, or concern, otherwise.

Is that true? Suppose..., our affirming of lazy lies, and, easy to challenge, is damaging our health? (Mental, and Physical.) Want to know why the Church of Christ is such a wimpy, wonky, affair?

Kick off with 'drugs'. Fentanyl? Risk asses and overdose require a person's; drug history/diary/quantities + bodyweight + any physical problems = a. Immediate overdose and symptoms/kills the person. b. Normal functionality with high vulnerability to a seizure, or precipitate dangerous stress on the heart. c. Minimal to insignificant, additional risk to loss of life. Or, in one person's quip to being told X amount of an opioid, ('heroin'/"smack"/"brown") and "fatal death".

"Nah, wouldn't have touched the sides, in my using days". [Might have been about Methadone, the prescribed 'substitute'?]

Why does 'the report' matter? It will highlight the silence and consideration, of its outcomes.

Paul Craig Roberts point stands, explaining, 'Did you hear about this in the news? No, of course not'.

1. Worked in a number of nightclubs in NY. A decade or so later, started a security business, in South London. Worked, on the door of a nightclub.

Any connections to the George Floyd/Derek Chauvin trial?

The initial poster and their campaign, features a historical figure, with something around their mouth to stop talking?

3. Consider m'self, into Feminists/Feminism. How come the word has a popular meaning/understanding, far removed, from the one I embraced thirty years ago? 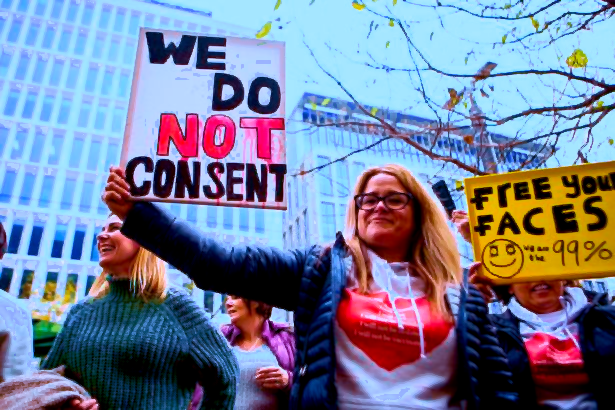 Be Blessed, and appreciate, jumping on.