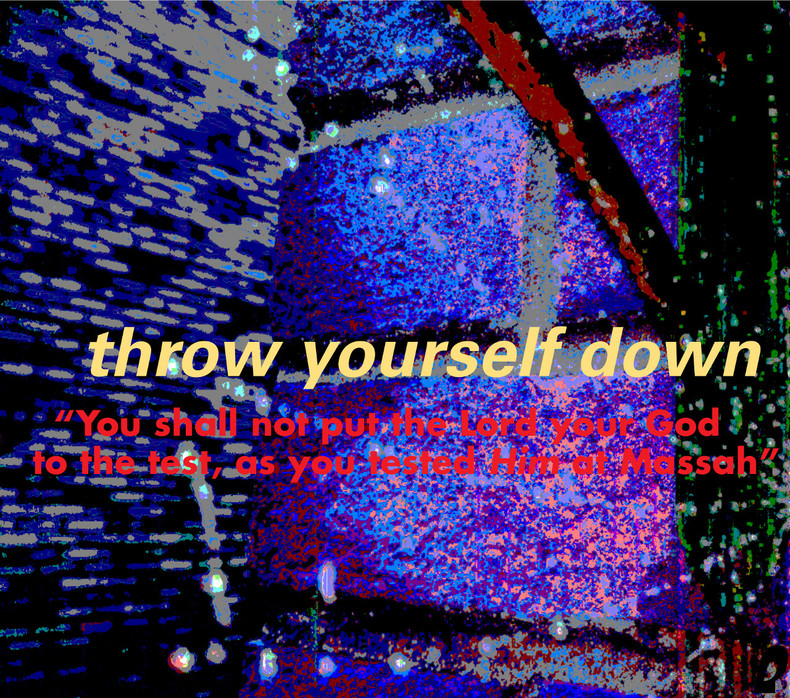 “Life’s a test” is inadequate. Much deeper and more so; ‘To the the praise of his glorious grace... thy Kingdom come...’

I don’t. Although this is not without merit but not my ‘because...’

And I don’t fight the devil and works because...

(Those, hiding behind the term ‘fascist’, manifestations in human power: The so-far-dominating, inter-generational, cabal; half a dozen banks(?), twenty-ish global families, estimated/6000 operatives...).

I fight for God, and God alone, and the love ‘he has’ - for humanity and creation.

My mind is relatively clear of the enemy/these ones, unseen. Supernaturally so.

They are what they are. Our thinking, ways and history is what they seek to have in human owners. These bank/gang-sters, proudly proclaiming; “all wars are our wars... all money is... all mainstream media... all that’s necessary of the so-called rich are...”

History, they believe and the future, is theirs.

To repeat, I only fight for one reason: It’s what God unreservedly calls for and wants, and in love with God is the ‘why...’

The ‘test’ is what the enemy does: to defy the Bible and thereby God.

To believe and one level - so-far - is true. To test us, to not rumble them and overcome. All the while call: “Throw yourself down”.

This is the way they seek to win. We have to throw - ourselves.

All the while, have us see their ‘success’ on making or getting, something out of nothing. All the while, building us to give them the praise. They want our worship.

They take the piss. Blunt hubris, all there to be read in more-honest historical accounts. They’re saying; “we defy this God of Jesus. It’s Lucifer and we are his/theirs -and/or- this is us.” They scoff and hate us, proclaiming; “we own the artefacts and the streets - what’s left for you? We are the interpreters of the Bible and life. You are lower and must die in our rituals”. Their ‘because...’

Ancient mystery school and follow-on manuscripts and whipped up demonic activity that appears...

They have to juxtapose their secrecy, with as much disclosure as possible. A ‘trick’ from their religious ways.

Thought I’d illustrate this. Exemplified in their main outpost, on the one piece of land that most represents their New Babylon. The city in their demonic triune (Columbia and Vatican/the other two).

But in unlikely insignificance, there’s little on the internet about this banner co-opted. (I can’t find a photo):

‘The tapestry (signed ‘Borght’) is an 18th Century (circa 1730-1741) Brussels tapestry depicting the story told in the Old Testament, Numbers 20:8-12, of Moses striking a rock in the desert to bring forth water for the thirsty Israelites, fleeing from Egypt. The Tapestry was brought to New Court in the 1960s by Sir Evelyn de Rothschild, where it was displayed behind the reception desk in the marble foyer.’

Not any more, it’s upfront and out there, dominating the visage of their ‘New Court’. It’s huge, maybe five or six yards and three or so high.

Physical centre of centres. And this is ‘art’ and honouring the Hebrew Scriptures? As if. Their buildings are alters. An idol about them, and their god-like fantasies. Unknown gods.

Who is in, reality? Is the God of Abraham, Isaac and Jacob, the God of our Lord and saviour Jesus Christ? -or- is the Book claimed ‘word of God’ what their secret Luciferian knowledge claims?
Whose deceived, them or us?

I write to pray more. I write to shatter the darkness, upsetting the enemy, in praise to God, defy the lies.

The blood of Jesus speaks louder...

Authenticity or sentimentality thinking? What will it be?

I write to pray more.

Lord, the God of our ancestors,
are you not the God who is in heaven?
You rule over all the kingdoms of the nations.
Power and might are in your hand,
and no one can withstand you.