Hopeful And Healthy Crisis Of Faith 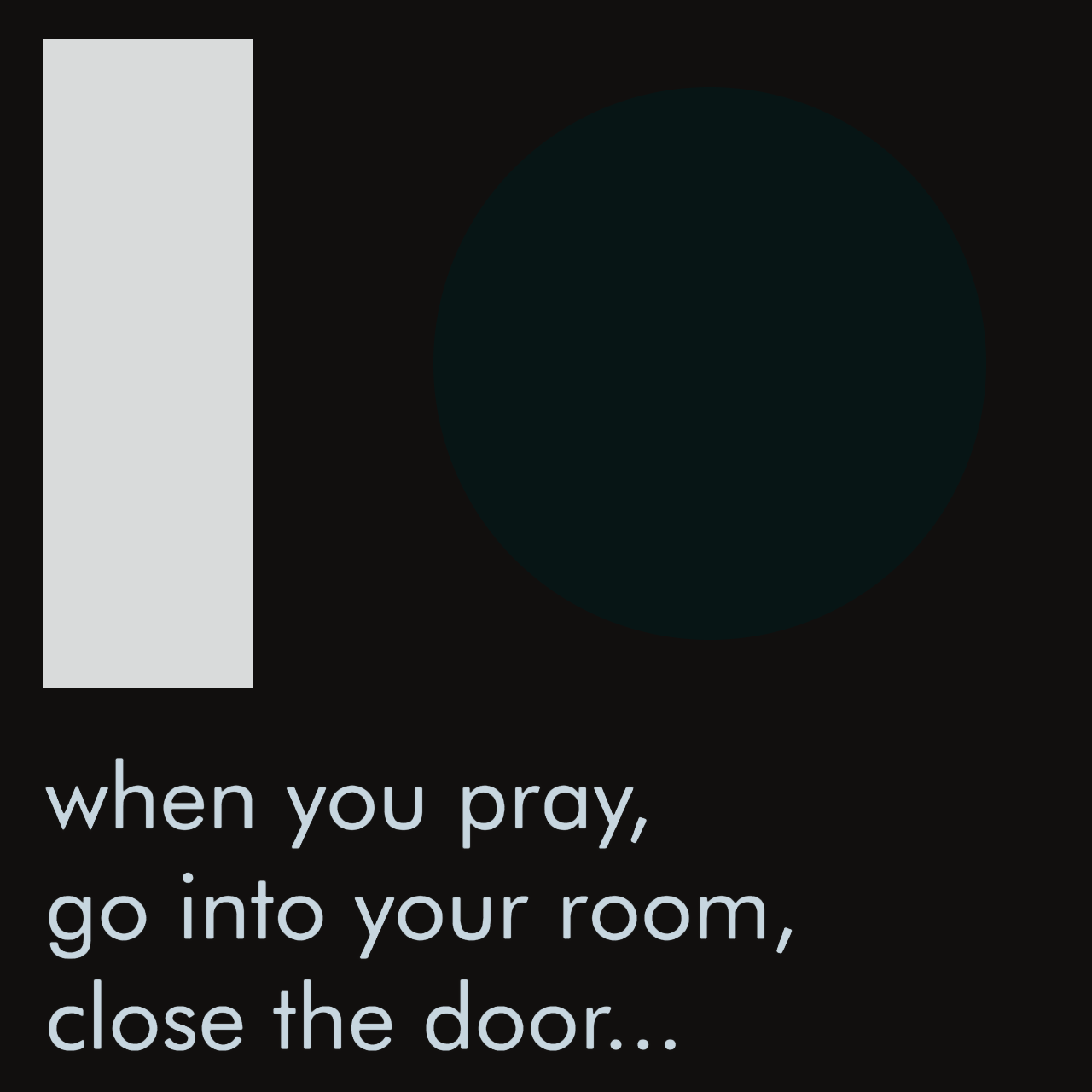 In, shut-off, and on. Or; Out, shut-off and... Praying always. What is it with m’ever confessing-here, obsessive quest? There’s a verse that says don’t make a song and dance about to others/what’s done in secret... etc.

Here be m’few minute rant to kick off the day. Hardly waving banners on the street corner, showing off. This from the negative assessment of the religious-ites of Jesus day, giving it the large to display before others. Show prayer.

Some ways, sadly not a problem today among Christians. Without the showy sham of it – would that there were small groups walking the streets praying. Perhaps minimising unnecessary appearances but oh – This would... WILL be.

Listening to one of the few daring to expose broadcasts and explicitly Christian-talking last night. The burst jumped to/caught, Church leader decrying all the talk about the dark but what in the light “we gonna do?”

Having a rightful crisis and exposure aiming research, that’s all keep up with the battle… but what? What good, knowing deep and wide troubles, while everyone responding “what... do we do?”

Study and speculate? How much enough there eh? Then of course, mega-quandry for those who claim what’ll be/what’ll be. Although this, somehow mitigated enough, to make for cries for action. For other than, talk-about.

At one stage, last night’s commentator – oh here it is only listened to 10 mins about thirty mins in and respect to this show but it’s with the rest, for me, too fulla dozy distractions/dizzy theories – the man exclaimed motivations, we gotta do, ‘for the children and grand-nips….’ For these and them we leave – what? Now there’s, weight and meaning.

Back to m’close here and try find my something:

What or why else? Close the door and most oft. stare blank and ache at the Bible page and push-push-push to engage. Try get out into the ‘air’, words. Plenty unknown languages aka tongues, repeat verses re phrase active, groan and rock in some wimpy sounding chorus and on ‘n on. Leave this often colourless experience undescribed – not that there aren’t moments and breakthrough. But… Again… W H Y ?

Because: God’s true ways are thus. There’s no value in some other deceptive, second or no-rate activity, getting us/this world, nowhere. Boxing blindly, Paul calls it. Looks all rough and tumble but in the actual, ‘chasing wind’. Increasingly, can only listen to very selective bits about the conspiracy (rare and longer ones), because the insidious delusion is listening/watching, for who knows what/why? Again Paul; ‘Ear tickling’. Think matters – Don’t. At or All. Education and leisure. Not educ. and action. Or even, conviction and transform?

There’s other than prayer things can be done but God is pure crystal and nothing’s in the same league or matters-close. Inc. prophecy – and be our weapons and wonders. Information sharing is like evangelism and the idea thereon, it’s for class-rooms and singalongs, is trad over sense. Worship singing – primo and right-on but this accompanies doing not talking-about-talking-about… doing.

Recently left a comment about an obnoxious sounding street-preacher that made 21Wire. But at least he’s doing. To nout-obnoxious about and some ol’dear taking her dog for a walk in the morns; praying not dreaming. More do. Or… and on could present. Hope, against the typical run.

Dunno where I'm typing, with this nag-nag? See bloke on broadcast name’s Coach Dave – will put the whole of his ‘groans for going/doing’ on later and likely shudder on occasion but don’t take a college taught theologian to conclude the hole. He is prophetic on this, unlike a zillion other fluffy goes and fail to be’s. All I’d here/if bothered listen, to crowd of self-proclaimed prophs.

What we need, is not more info. Not better info. Pull the mainstream rug from the abusers, expose the gates to the child trafficking murdering lot. Need this. And enough to know what’s happening – but evangelical is related to the word and role of evangelist. And an evangelist, makes other evangelists. Preach to make preachers.

Pray for more pray-ers and the mountain movers to bring some heaven down. Justice roll. Peace instead. And time to go/