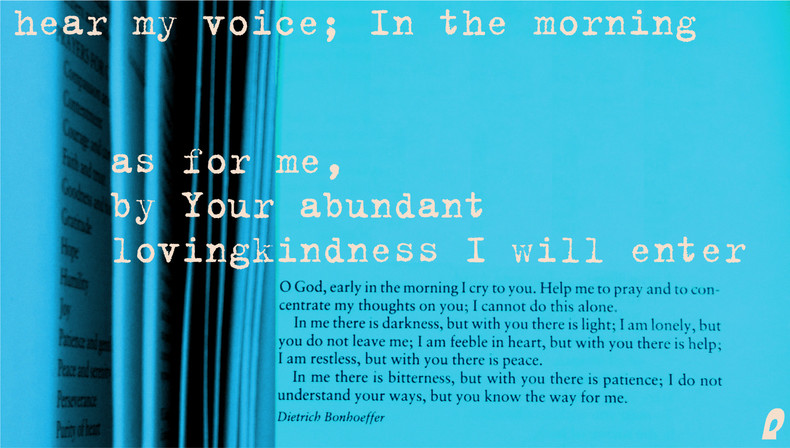 Jesus never appealed to the enemy for justice. Yet God gives us - to give all. To see it done. On earth as it is... Justice through personal redemption and evangelism, the building of safe, yet dangerous spaces (locals); the expansion to the uttermost of calls to take care of the orphans and widows. All through costly, continual - don’t stop - intercession, doing whatever it takes. Because the reign of the heavens doth suffer violence, and violent men do take it by force.

Us lot. More or less under God and the struggle over the foes influence and/or, our own lesser natures. He didn’t trust people for he knew what was in them. But he loved them, loves us. Extends out, opens toward, calls, believes, hopes, persists, goes again - and cares some more. An’ on and on... We have more than enough good reason and experience to claim this.

S’mornin... I looked at someone’s case, someone who won’t admit - what appears a social services/wider borough/local police stitch up - to crimes he says he didn’t commit. Fighting for his mother’s well being, he’s in prison on a charge of possessing ‘illegal/child images’. He could’ve gained release by admitting this but refused and remains incarcerated. He has no idea where his mother is. He has a court hearing this summer.

Although this dispute made it to a ‘question in Parliament’ a few years ago, it’s all but forgotten, even by those who pay attention to ‘truths behind cover-ups’. Internet research about him? - nothing for a year or more. The website (by supporters/himself/mum... ‘grandmama’) - out of date.

Stories go out of date. God doesn’t. God’s in date and while it’s said, can ‘forget’ what he could see as he looks at us. The cries of the least, the forgotten, the lowly... remain loud and clear. God does trends and God does not.

There’s understandable bias in us to want authorities to be just. When we see it, our hearts leap a little. Hope riseth more than not, (certainly if we’re living to see it). We live for (or should), that complacency of corruption will decline. That women and men will become God’s means and manners. For competence and honesty to permeate and transform etc etc.

Fighting for justice that God might be glorified, suffering alleviated, life over death. Living out an archetypal, ancestral - for me - Evangelical Charismatic, vision and purpose.

Actually, anyone who has, even as limited insight as I have, would be quickened and go running to all this.

As if we see the army... authorities, coming over the hill. They have all the weapons of their position - (“pacifists, close your eyes at this point”) - the adults of the village with their sticks, clubs, stones.... anything - run towards them. They know the unjust edits against their freedoms are being tested. The involuntarily mercenaries have come to take over people and places. To persecute; for their community and family to be imprisoned or killed. The women...

They lose many in their resistance but their opposition pulls back. (I’ve heard AJ tell of contemporary accounts of this happening in China. Number of riots happening, year on year in China, anyone?).

Putting up this here flag and sitting like a fisherman on an a bank. Writing isn’t bait to catch anyone but it is to have me-more and any readers-some, to... Run Towards.

Let everyone do their thing, if in anything like right and good. Yet, the reason people like me all say, "we’re virtually on our tod” is because...? We are.

It’s not so much we look for those to join us but - the fight for life. God’s commission in these days and times. Those who see ‘the authorities on the hill’. To find within our ranks a one/two, or three even... who want to turn the real onslaught back. To be a force for sanity and peace.

Christians, differ as we may theo-thoughts wise, like this one. In the name of Jesus (behind the person): Speak up, speak right and... add prayer? What else sayeth God?

To end this morning’s who-knows-what, wow, Douay-Rheims Bible is an interesting read, but keeping with as reliable as it gets and Youngs :

Go to and fro in streets of Jerusalem, And see, I pray you, and know, And seek in her broad places, if ye find a man