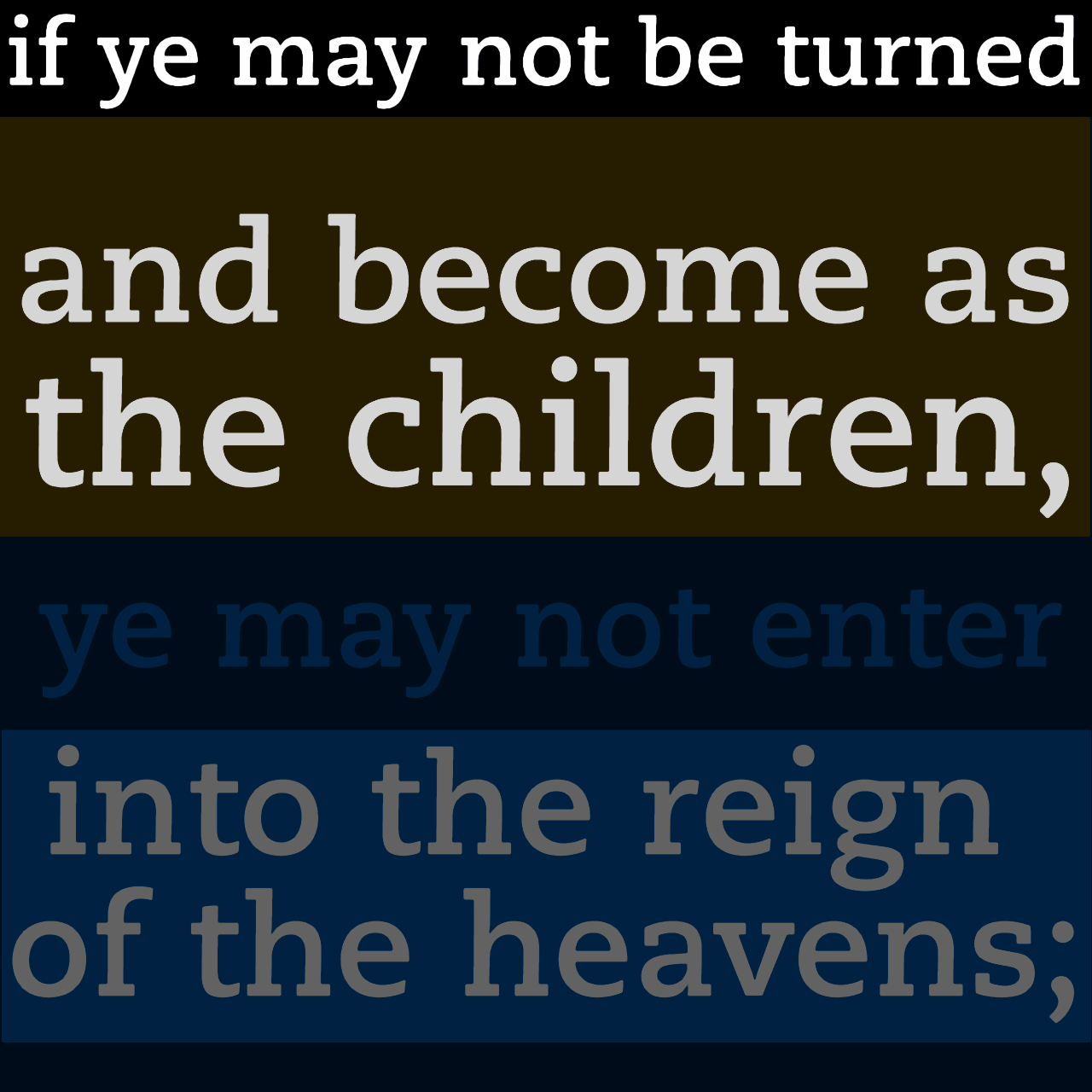 See families being children together. Open up to each other. Children helping adults interact with them. Teens -- at least since they've existed, or where they do -- have a tougher time than ever. Reacting against being a 'child' and wanting grow right up out of it. Skipping the opportunity to be a transitioning teen is understandable but now influenced by militant prejudice.

Low moods, except when with peers

Years back when there was a perceived counter-culture, all but... became the butt of disrespect. Now there's no counter all is / none is, therefore all in a flux. All living in a considerably more of a Confuse City.

Now, everything, is turned upside down.

Elements include; Banal glossy smiles on mainstream media yet all... all in the world is portrayed in disarray; Post-mod. mockery and nothing is solid/all fluid so trust nout because its come to this; Screen-time has fried our minds; Only extremes in M.Pythonesque bizarre media-spewed life=a joke -or- sensible sounding protectionist-heads while lying that's legion; Unless pre-teen restricted internet-use comes lack of physical play and interaction; Weed and pills, booze and powders the ubiquitous 'rights of passage' culturally celebrated -- and by the smarty middle-class at that; Realisation and resistance-towards the old folks having spent their legacy; Ruinous sexual belittlement; And just downright despair at the crash of civil living.

But the over-rider is alphabet services for the elite/s behind the big-banks, contrive to close-down thinking. In the 60's and trailing into the 70's the manufactured dissent made hippie, the happy rebellion. Positive progression. Free and easy ways.

Read the files and see the converse. In the midst of some fine tunes, where the nasty mechanisms of lock-down. Same aim today. Now it's about an experiment in radical cynicism rather than tune-in and turn-on, open-eyed, wonder lust.

The little packs of teens I see, huddling tight, look reasonably well (considering) and yet... the world inhabited is leading them to close down.

Suspect and raise the alarm on 'difference' yet fed every freak activity as funny. Being closed depends on boundaries. What seems a wide birth of consideration is exclusive and anyone much trying to unpack Babylon, is thought to be vain effort. And a light illuminating, the lights ARE -- seemingly -- out.

Project on anyone, 'open to God' or the phony facts about the fake shows; i.e. N.Korea, Brexit, silly... chasing 'Islamic terror' state-perpetrated pantomiming, racist-bating, sexist-claiming and all other overstated/reactionary garbage-push-pushed, from the smug and stupid ones.

God is challenged. If the choice to be childlike is debilitated and scarce, this will keep people from talking God. And really, this is almost all, that we can say about life: There is a movement to block and sabotage our childlike capacities, remain unable through the besieging armies from hell (aka media imprinting).

As the children eh?

As they go, what follows?

Some posi. Amazed it's not so much more social broken-down, which says something for the resilience and God-image-made young-uns. Considering... etc. etc.

The backlashing and tide out/in is happening. The threshold is action. Internet the downer has some redeeming aspects. Young ones filming themselves and publishing leads to some bold and outward expressions. But -- blow a trumpet -- this 'opening to be open' is being head-off at the pass, with free-speech under siege and regular robbery.

Hold wild hope there can be an open-up. Although all adults licking along with the lie-merchants are holding up the damn against moves of liberation.

Any level of a lie, especially one that isn't personally related and presumably less costly, is leaven. The ruinous mixer. Lies are, that we aren't open. Fear and/of lies and being seen to be -- wrong.

This is why we've declining God interest; overwhelmingly accepted and choir of public-domain lies and deceit. Understandably the response; 'can't trust nothing or no one'. Hence, an invite from a claim-God; come to me like a child.

Open and curious, asking and receptive, needs to smash back.