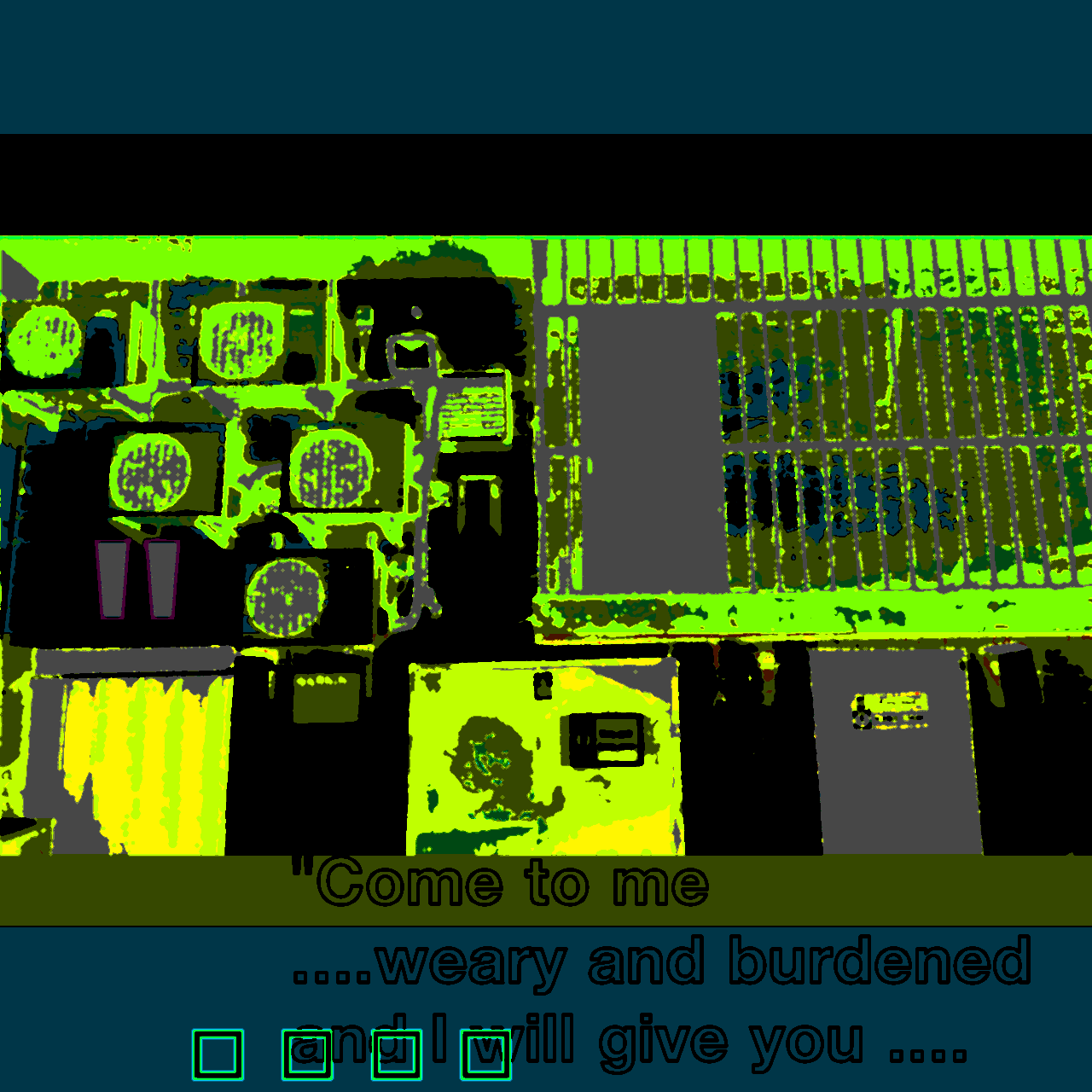 All I’m managing is jazz up an image and consider the burdens that shouldn't be felt. Blank for direction. But do because I do and try to make this an act of consecration. Took, a cracker and suitable liquid, communion. While the kettle boiled. Talking in tongues and remember verses. Must get this done in 15 mins. No fame here and feel somewhat awkward anyone reads.

Sometimes write what might be worth reading but today could put up ‘closed today’ but stuff it – move on through and find one thing:

Burdens can have rational roots, definable and if resolved, go. Generally though, a low-level frequency of unease, self-imposed indulgence, can become an habitual presence. Get the reaction to the world. The madness, that for me, is an ever growing discovery. But the gentle self-nagging is unsettling and stupid.

Selfish at that. For someone else, and causing talk to God, is right and proper. But about me, making audible sighs and fuss. A sick joke.

SO: The message to myself (which this exercise, is all/most about), is don’t allow that wee burden for no-bloomin’ sake to emerge and sit there. Shockingly, should ask; Am I concerned about which and who-other? There’s those around, stressed to think suicide and I’m ‘down’?

What, again? Yup. Again and again and… until somewhat remaining. See if I’d done that from earlier on this morn, got the book out, might have some expanding, generating, multiplying...

Many Christians ( – what crazy two vague words they are) …many, wouldn’t see the all-otherly and incomparably more, that the sounds and cadence, symbolic rhythm of re-re-repeating verses – literal translations, not thoughts about and around – bring.

Oh well. Understandable. Conservative, level-headed, objectively assessed, historically criticized – and Christian. Rather than outlandish and natural mystic. Somehow got. When, could be said are really ‘only more words’ – ‘about’ so-supposed God. Same realm and describing language. Comparative to say, Shakespeare or Bob Marley. Suitable sentiment? What's the privileging... the make-unique? The subject maybe but the very presentation and patterns.

Are these words, in and of, the same dimension. Or OTHER? Like God/Not God. But embodying in and among, from the thoroughly human humanity they came through.

Ultimately the Bible itself makes these claims, reading between the lines.

First thing, moments awake, when that low-level frequency comes trundling on. Verses, obvious and familiar are all that matter. Like the image portrays, stuff coming at ya. Requires refusal and a word.

Did do. Should’ve titled it this. Done and better for.