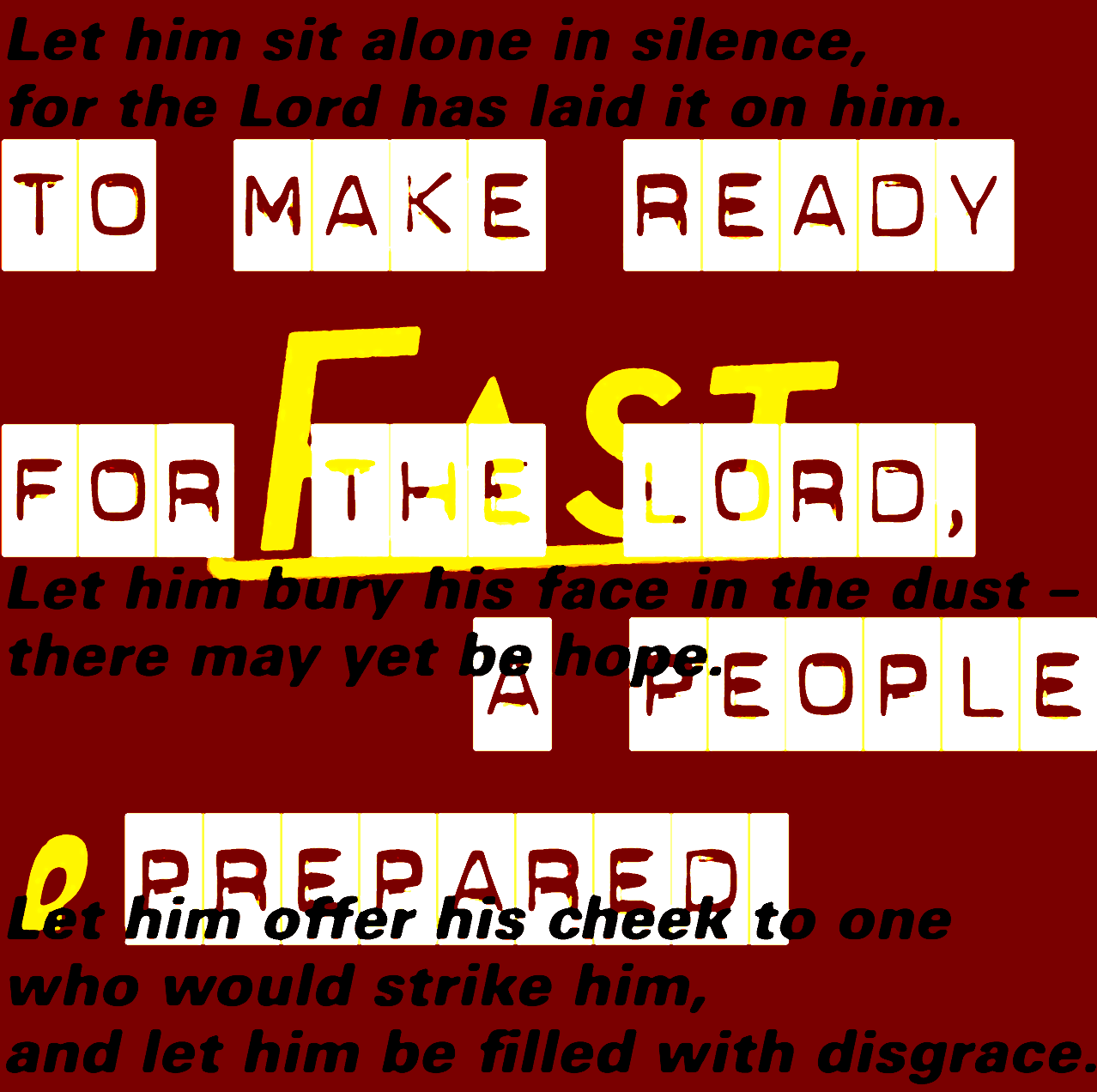 God cannot -- not will not -- do what we don't have faith for. Yes, gifts and grace-based faith-less interventions but much that 'could be' needs releasing. Hence the state of the church. And so goes the world.

A theology of appeasement is rife among us. Until there are power cuts and rations this will remain. We're fed such media-made lies. By the bosses-bosses. A cult.

The dynamic is about our believing them, or at least, not God.

Lying about 'terrorism'. The means to decimate the church. Here's the idol to dance to. The sacrifice to identify with. Freedoms to communicate -- Over. Means to destroy society as we've known, say in the UK, for a couple or three generations. Gone.

Do I have... does 'who' have, the belief God will do, what? As ever, there are individuals and families in pieces about life but the practical fabric we live in, hold up.

These here, 'rumours of [my] death are greatly exaggerated'. Trains and buses run and the centralised shops seem busy and abundant. "Long may this..." the cry. Not so. Not best. Not from God's perspective of love and mercy.

God is jealous for his bride to come close and become able. Be the fighter and God's realm maker, that seems ever more remote from one and all. Know/see few -- if at all -- women or men of God. This the upshot of pretending along with the Beast. And those who've any sense about the great con are distracted off into alternative cons.

It's "Islam" it's "Iran". And -- get this number -- God has shown 'them' prosperity coming. To the good ol' US of A. And what's going to happen when the crunch comes, states of emergency? Faith found wanting.

And while am gripe/lamenting. 'Progressives' are sick in their mediocrity and meandering about. The liberal version. The other trap. Conned by SJW or duped by Trump.

Way back wrote that Donald was a positive irritant. For self-reflective reactions. Helpful. This when thought some hope/change/better than not.

Now see the effect has been to reinforce the stupidity on the two sides of the dumb paradigm. In the UK, similar gumph. Puppets here, a false-flag from full-on lockdown.

Perhaps as/when and then... something rigorous and holy will shake out and stir up?

Here's the lesson for ME. 'Face in the dust' the response to visions of reality. The sickening ineptitude and quite nasty underneath the smiles. To face God in praise and the word. To build up knowing, ever more and better, the One -- and hearing what do. Speak out. What saith...

On this 'platform' till the plugs are pulled. In secret, in the quiet, and alone.

Some people came and told Jehoshaphat, “A vast army is coming...

While David came to Goliath, running towards him. Bold belief. The lion and bear had need beaten, so went the giant.

Here's the route: Lament, learn from and lean on. Active outspoken prepared up and for -- in God.

How crazy-seeming; the least is the most. How action is about these hidden moves. Off and on. The dynamics of fast-from. Into the word and a song to sow and sown and... no, let up.

What seems all about contemplation is potential activation. Reading back of a day as a reminder and boost on. Will do an add-on and keep this why/what is pray... goin' on.

Circumstantial need to rely on God is a blessing. Lucky privilege. Out of considerable stupidity and failure. Paul saw life as happens = opportunity.

But this happened that we might not rely on ourselves but on God, who raises the dead. Or; Not be trusting on ourselves, but on God. (YLT)

Gain LIFE by losing life-normal. The dead-raiser delivers. Why? God has love and need for us. For others. We the conduit, bridge and operator.

...as you help us by your prayers. Fact or fantasy? We choose.

Said would add one of dem choruses a day.

Note; Nowhere in the Bible does it state time began.

And whatever or not about this song and peep at it. Give them -- they mean it. Consistent and fitting response to Bible claims.

And can it be? Person-like God who is here/now and able to come alongside. Get and be inside. Make good and bring love. Be so able intearcting with whosover calls...

'God of creation
There at the start
Before the beginning of time
With no point of reference
You spoke to the dark
And fleshed out the wonder of light...'