Reasons to be Blinkered 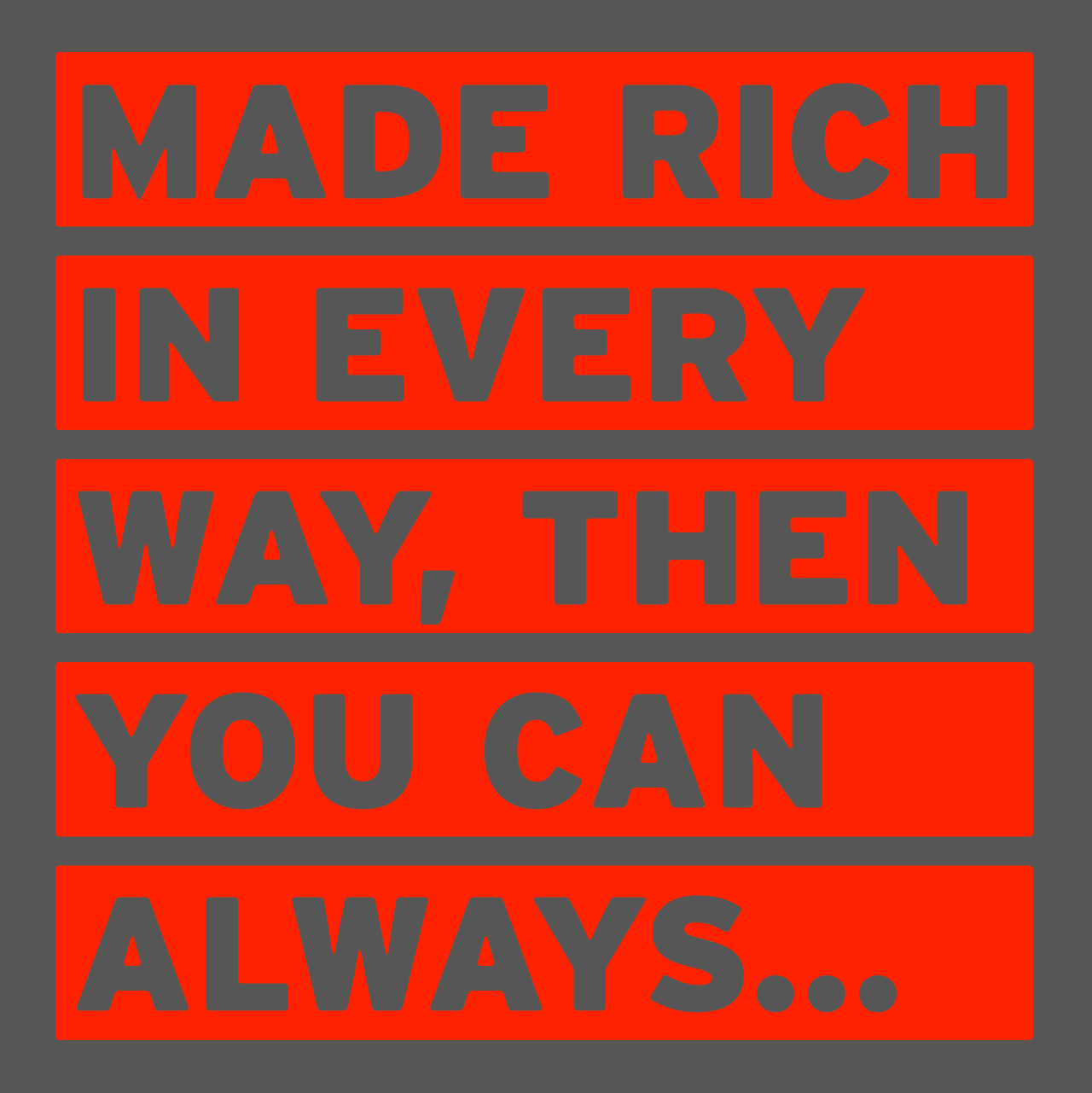 Here goes at a start on a series and list, titled; Reasons to be Blinkered.

Part 1. Gonna keep em short 'n sweet, stuff the flowers and wallpaper as far as and slam out the preach. Open with:

THEN, there are herds of elephants, charging around the chapels. Stomping about theologians studies, dancing about and taking the pee.

There can be no contention otherwise or until, this virtually unchallenged proposition, gets an airing. "No comment" is a shoddy shabby cop-out and all who do, are compromised in Christ.

Means one of two? So preposterous, extreme and out the mainstream to be taken seriously and responded to - or - knowing, therebe lurks an upsetter, best grab the blinkers?

Double-check myself in expecting much "out there" isn't simply the Bible's assessment and stuffed up to the roots, no-surprise.

Therefore, "What-if and so why bother/do exactly...What?" is Nos ONE. Can include, 'fun, fun, fun, 'till daddy takes...' and no or not enough, blessed poverty.

Yet, people -- saints, I'm looking at addressing -- do know, ish? Varying degrees of urgency maybe and there's typed and talking ideas and concerns. Generally moderate in scope and certainly, when considering what bells would ring and blinker-free.

(Before I miss. We all got blinkers, glasses; historical and cultural, theological and temperamental but radical relativism aside, evidence of crimes is substantial and authentic or not? For this is the awake claim, criminals are running amok and unless locked up, we will be the living and literal-many lock 'n key, imprisoned and/or killed in mass.)

Who gets the hidden in plain sight onslaught? Sure, there's a sense of undefined disturbance, mediated by fake/feigning mainstream media. But awake talk? Granted, some of this all cuckoo and cartoon. BUT -- back to glaring inconsistency and cowering off, those who talk publicly about the 'world' -- saying nout. All over and all tight as a drum, shut.

Here is the Gospel, the ground and only theological God speaking today basis for outpourings of genuine holy fire power:

Anyone (emphasis, on the last half of that word) who reads this, gets I'm not so asking that awake -- my def. -- so much "just-do, come on now" but consideration of general claims that make for this prospect. For if this awake stuff is all jot-joining make a muddle out of an even bigger one -- show us/me? Dont'/won't if this doesn't equal can't, says what?

A gut-wrenching emerging landscape perceived, y'get that. Suggest secret societies and a dumbfounding contemporary con that requires a crisis of life in repentance and all y'get is silence.

The resisting of additional evidence and insight, than what has been determined, know. Conclude through to engage -- but no. Daren't even try to hit-piece off. Just, "ssshhhh we're in church".

The upshot and Christians barely there to be seen with any articulate and incisive discernment. Say 'Christians' because they/we have a basis for socially-wider engagement and this is where the blinkering is the acute tip of a Caesar-bowing sickness.

Arguments, naming 'the social gospel' -- good works and toward the working of society -- as being an overemphasis is itself one. Better said, misunderstanding. The primacy of preaching to lost individuals and Christ is 'in' discerning the times.

The Gospels and early Church juxtaposed current oppression and persecution with the need and reality of knowing God. Fair to say, the social element was more local community building and action, than directly mediated advocacy and pressure upon the systems of the world.

Yet clear as the chain and whips and reading between the recorded lines and with eyes of the Spirit; They understood the insidious and malevolent intentions of the enemy. The destruction of last swathes of the population and bulls-eye -- the church.

So, number TWO: Those who think God isn't up for any kind of particularly socially liberating breathing-space. All about beyond this life. All about fore/known and written/known 2010's decline and fall. One privso, being Israel.

Only have to view the current overseas, dubbed Persecuted Church, to see the donkey-thinking this relatively comfy UK etc is dreaming away with.

THREE: Evangelicals reaction to the failures of evangelism and church planting. Retrospectively viewed ludicrous life in those rooms, became progressive and hooked into intellectual theological pursuits and the reasonableness of God and message. This the somewhat 'open' bit.

But what always happs. Overly need to be in with the outsiders and truther talk is not dinner with friend and contact with respectable's cool behaviour. The need to appeal vs controversial. Back to hail Caesar.

Nuff... to be continued.

All I have is yours said the 'father to the prodigal son' and Jesus goes on to amplify this all-giving love of God. Unresponsive us but persistent God. Reckless abandonment the call and makes a bit of a monkey of 'prepping'. Living in faith and thanksgiving. The reason the blinkers gotta come off, is we won't see Goliath, until racing along the front-line where the soldiers are (supposed to be).

Final slap of love: If this thesis of a conspiratorial history and contemporary is thought too dangerous to engage publicly about, either it's 'not that far, that bad and gone, so what'ya worried about'? Or, if it is? Do you want to be hiding behind the sofa once full spectrum dominance unmasks and insists on ever more degrading levels of subservience and suffering?

Or; in every thing being enriched to all liberality, which doth work through us thanksgiving to God, -- go this way?