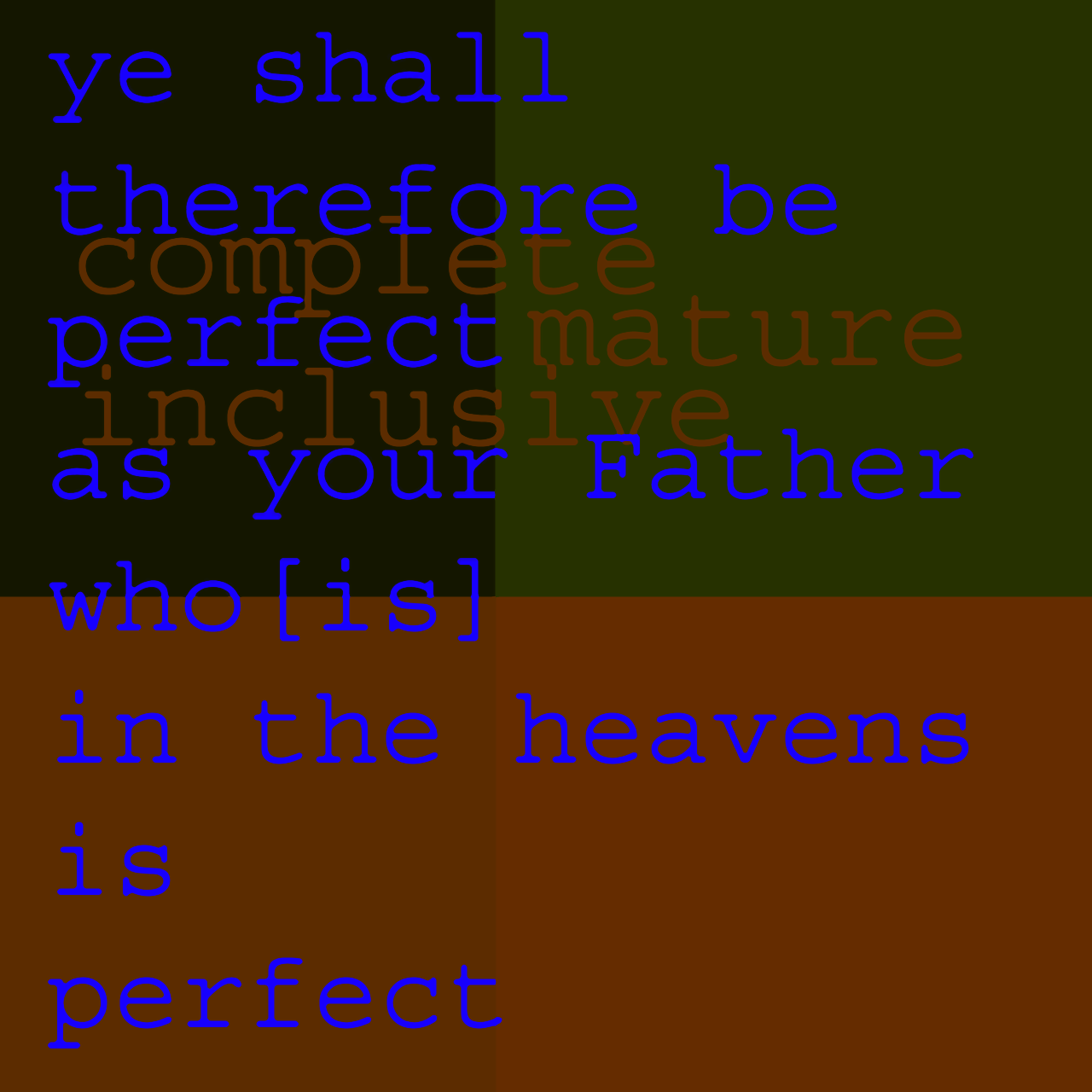 So filled 'with God' not fazed by people. Takes -- for me -- songs, tongues and verses. And with these seeds, get/have-something to write. Not can write something and any ol'gumph.

Ten minutes and a word that speaks to me and get out there. To God. To the unseen what-have-you. Maybe a reader -- (would understand why-not on this score).

The title? 'Regardless' of other people. Paul spoke of being a debtor and prisoner. All to all. What a nutcase. Why and how? Jesus and no/or low care, otherwise.

Oh... those who Jesus had got a hold of and the love God had for them. Paul got.

Songs, tongues and verses. And declarations and praying always.

Other people's put-on and stuff? What's that? Be oblivious. Eyes elsewhere.

Care and do for but not my need to receive from.

The 'question of evil' perverted by this. Obscured by this deception. Instead 'sin', aka living less than best, blamed. As though social breakdown and deteriorating health, all about cumulative chaos.

The only addition, suggests individiuals more or less, under unseen negative influences. And structures and institutions, philosophies and all...

The challenge to stop this backroom onslaught requires preparedness to care and look. See what's been doing and going to be.

And unless/and If, my people will...

Who's on the list of families and which, few thousand operatives, disputed. Add them all together, there might be thirty in all. Likely less than twenty and within this fewer still, rule the guns and money. The rogue elements and authorities. Us to increasing degrees.

These the religious ones. With a Gnostic worldview, seeing themselves the chosen kings and gods for a reset of the planet.

Population reduction and their reemergence out the underground bases is the vision. Completed in rituals around our necessary compliance. It's a denial of the consiquences and death. Rebellion against God. They think there's an opportunity to delay their own demise. Even transcend.

Write out of limited discernment; What 'they' believe? Speculation. And prepared to revise.

Not though and what God wants and is able to do. The call to action.