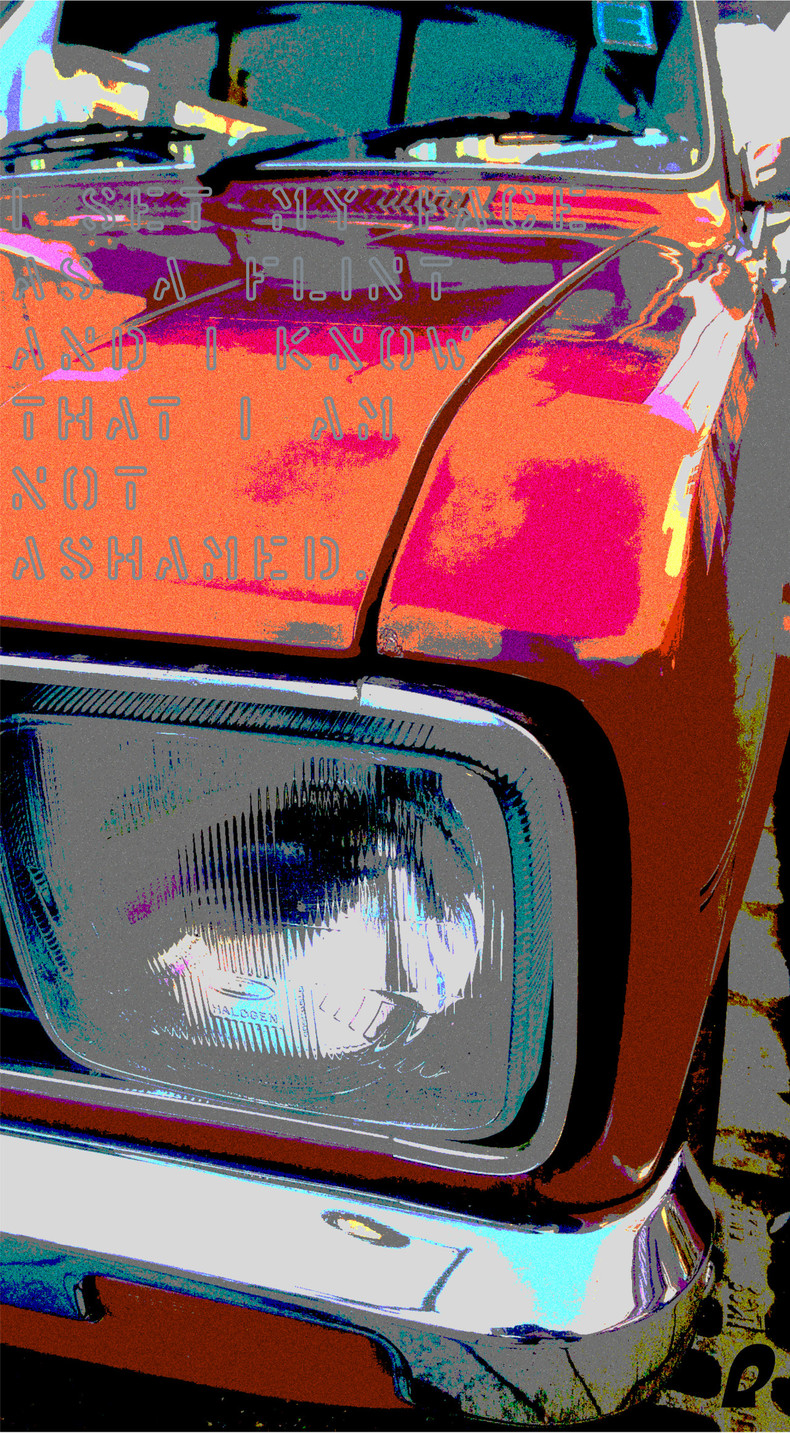 “Turn to your Bibles please...”

They have lied against Jehovah, And they say, 'It is not He, Nor come in against us doth evil, Yea, sword and famine we do not see.

The prophets are but wind and the word is not in them; so let what they say be done to them.

What we say - will be - done. In a moral fizz about the character of God reveled to the Hebrews? No need. God so loved the world... That God takes responsibility, even for our failing. Not instead of but alongside. He cannot speak for us. Speaks to us, has prophets speak out as though him - but we reap, what we speak, and do.

Not here to commentate so much: That’s the ‘other’ site. Not here to massage some fantasy up that I’m being, oh so activist. And must - even less so - keep from writing to try gathering. Or pontificate on so (that’s the other....). Or, imagine I'm gettin' heard.

Now you’ve read this at least once. See me as the street preacher, you catch sight of in the market square, bellowing some. Now you know - God willing - I’m there. Avoiding, could be a result. (I appreciate in the physical world/the state of st. preaching, that is v. v. v.rarely the case).

(Nb. Why is it I use 'God w'ing' like Muslim brothers (sic/nb) use PBUH? Being a bit ‘religious’? Or reminding myself and right?)

Why am I doing this? Like going out and finding something to snap. It's a ‘Cortina’. (“Think... maybe half the people who came to this page, only came to answer/confirm that. Maybe happening to see it on Twitter”). Going on to, dig about later for a verse. Now try and find something to type. Why?

It’s not to win a fan club. Restating: fuel for my prayer, recycle a word or two. The more I go, awoken on, my timidity has turned to - at least relative to me - a small measure of power. I’ve had some right old shattered and fragile times but finally the word is bearing...

This, is for other realms, and any human who wants to do the right stuff. A handful would be a revival. (“Scrub that, ‘revival’ is a top ten, no.. 5, misused word within Churchville”).

(Today’s) prophets are but wind. Tell me one example - present written-up company accepted - of a contemporary Christian who's got something prophetic to write or audio? I’m sure there are examples, but having to stretch to consider this, what does this say, and why?

Alex’ mum and Jeremiah, prophecy their thoughts. In a word: We lie. About God: He will do nothing.

And about the ‘world’ - these system analysts of humanity and their programmers -Young (YLT) puts:

And they say, 'It is not He, Nor come in against us doth evil, Yea, sword and famine we do not see.

What do we say? Well I say, God says; we... one-single-person... have, the available greatness of God to see beyond, it is not He, to step up and out - and do.

Take this as him not doing... ‘the famine and swords’ ? We know better. Or should.

(God doesn't do 'famine or swords'. It's whether God can stop it or should? Biblical exceptions that state/read otherwise are pre-Christ and need context and Holy Spirit led deconstruction, reconstruction. In... Christ, we read.)

God will do what we do first. Or let’s say, we do first, therefore... If we don’t get this, it’s traditions of fate we follow, over Holy Spirit led truth. Apologies for sounding off conflict in accepting the diversity of Christian thought but 'live better than this theology' and keep Calvin all you like.

Questions, doubts, struggle, unknown clouds and on. All right and proper. Misconstruing God saying; ‘I can’t, I won’t and I’m not able or here’ - and believing this, in no-doubt faith - is not right and prop. There’s a big difference. Scream defiant, mad-anger and frustration at the God who might not be there/at all, is a fitting process towards potential growth. Saying, or thinking, this certainly isn’t the case but conversely holding a theology that nulls and voids love action for ‘heaven(ish) on earth’ - Blasphemy. I would never use ‘that’ word otherwise.

The truth is we’re not so much being lied 'to' - Alex mum talk - but we've easily and most terribly all built up, a Whole World of Lies, a construct. A false reality.

Be GONE, you evil ones. In Jesus Name.