The cabal believing-on-top have one main weapon: Selfishness and deceit. All wrapped up in conceit. ‘Golden old-times’ is an exaggeration but should admit; we’re being hammered to levels that cannot easily be explained by human nature? Poison our God-made-selves at best resists, is the less-spoken about onslaught. The boiling water we froging miss. Only history shows temperature and depth. It can be said that self (over, consideration of others not desiring or thoroughly forced otherwise), is defaulting to should-shock-us avoidance get-outs. Media fed and by way of the electronics under our control. The internet and mobiles have devastated integrity. We’ve had our goodness - in communication terms - well and truly cooked rude. We have space-like tech, yet morals that haven’t only remained in an ancestral compromised vein - they’re falling through the floor. Their aim: Have us believe, in their self-assessed god-like image, animals to cull. They reckon they are, and further made, in an altogether higher image. Quackery about ancient blood and lines into them. To become the new morning light for the hidden ones, they think, hold up the Sun. We’re devil and dust like. Us stupid, them super-class. These misdirected and will-be-defeated, fooled-masters. With keys to mercenaries, machines - and for what it’s worth - the money. Sick, lost but dangerous. Going to lose but at what cost to God’s glory, in less not more, humanity being saved and renewed?

They have only one purpose to give power and authority to the beast.

And there’s only one way, our chorus - take us, not make us - follow along this path.

Let’s call them ‘spirits’ (in this piece), stuff with personalities, who Jesus having disarmed the powers and authorities, (he) made a public spectacle of them, triumphing over them by the cross. Who gave us the binding and battling, word and words, to demolish the works of the... these spirits.

Let’s ramble through this hell. First the disputed (so let’s not rest on): who/what was in Job; ‘'giants' in Genesis mixed with the unseen; angels fallen are these spirits and anything else not focus-pulled through Jesus life and words. The how to read Revelation: Jesus - and not weaving a jungle of junk-theories desperately backing Zionism. The last four chapters as in the last parts of Jesus’ apocalypse, are the new tomorrow. The prior words were about the imminent or what can emerge throughout history.

And to attempt to synchronise the Bible - say references to the spirits - or, get systematic, isn’t necessarily Spirit thinking.

Oh, and God hasn’t, and we mustn’t, have any sympathy for the devil. Not only are we not ‘pleased to meet’ but we ‘know your name’ and you don’t get a rip-roaring hot song but the stick. (Breaking out of my “don’t play much but Bach” played the song, tumbling beauty but dense. “Who killed the Kennedys?" - ok, the moment we were told ‘conspiracy theory’ and now on no excuses. We Know).

Unbeknowing (?) Mick sang the greatest trick, not non-existence but, ‘aghhh, what's puzzling you, is the nature of my game, oh yeah’. No. NO and no.

Brings me to addressing the devil? Best avoided unless led and occasional. Another biggo mistake and misreading God. There are exceptions, and not so much rules but room for discernment as in the original lie (and not/‘sin’), you must not eat from any tree in the garden. From a poem about our beginnings. God’s word, yep - about spirit/s? Well yes in one sense, but no. (Respect to my fellow believers in the ‘reptile’ though).

When Jesus said he’s the door did he mean a piece of 4x2?

If God uses allegory and metaphor does he mean, or..?

Arminians and open theists make more sense about the clashes between God and spirits. Others - say not but do - make them, part of God. (Can’t have it both ways).

The overriding issue is in doing not ‘talk about’. Even demon-pundits Book of Revelation backstop, talks at the start of reading (the verb ‘out loud’) these words.

Makes me angry. Let's get.

The over and matters, is doing, not speculating fairies and how many on a pinhead.

Jesus didn’t talk about much or to. These spirits got one word “go” and did. He then said, we can do that and more so.

As you go, proclaim this message: “The kingdom of heaven has come near.” Heal those who are ill, raise the dead, cleanse those who have leprosy, drive out demons. Freely you have received; freely give. 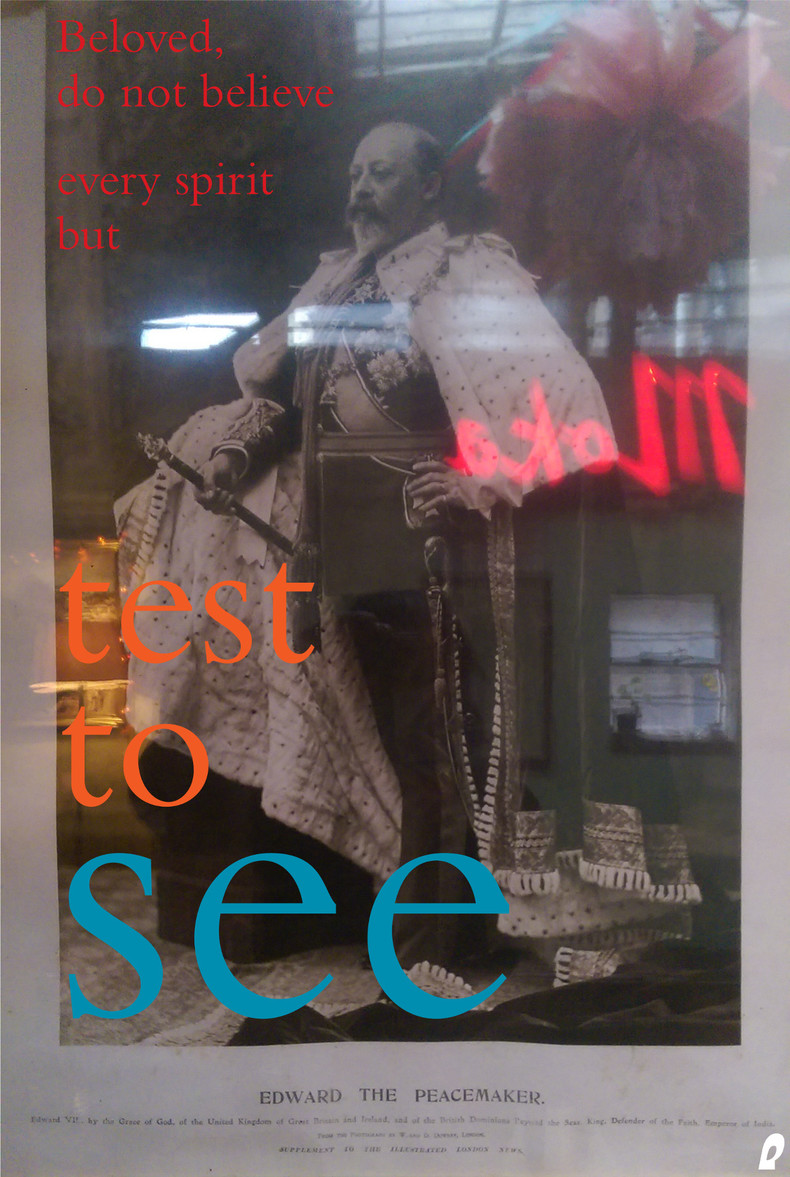