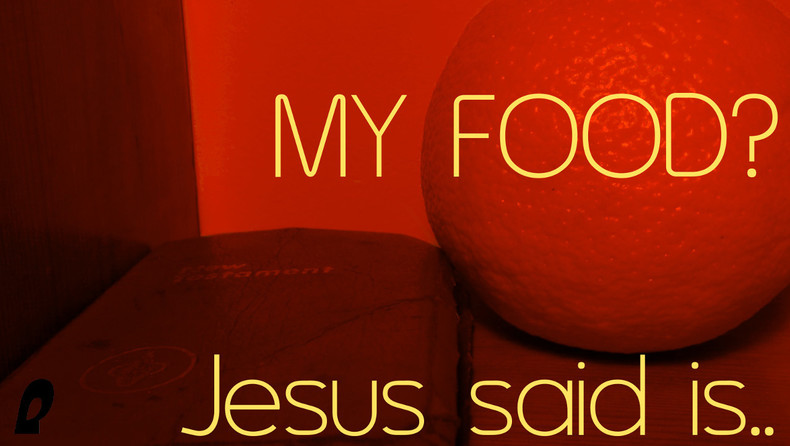 We’re being delivered... increasingly so. Or, remaining as we are? But as likely? When moving toward or further from God - beyond or within his overarching gracing-care presence - the default dynamic. The sense I have is God is about releasing us from whatever binds and holds us down.The why, is love as usual, but also in completing a goal: Something akin to what Evang’s understand, constituents revival.

I shouldn’t necessarily believe this but that’s the prompts and signs that cometh.

By increasingly being our own self-’exorkizo’ or ‘exorkistés’ - exorcist, we escape our self-making constraints, eating more of the food, Jesus said, disciples, knew nothing about. Of course, this presupposes we see - the harvest (is). Yet this sight, or lack of is in-part - a manifestation of the bad-unseen on us. Seeing is food. Verses, (hence m’pretty pics), God takes and speak through us with. Mad ennit (my views/maybe?). ‘ The gift of sound and vision’. The words of the Bible alive in pixels. Signs and symbols. From God and... through us (looking) - into prayer and action. (Who remembers intentional evangelism?).

Not held this because, but in corroboration and confirmation (as if we needed); ancient civilisations thorough to the lineage that runs much/most of the world today. This, their belief system. Language. Overriding ‘scriptures’ that must lead their way.

Back to laying hands on ourselves? In all this, I have a right-standing bias against, being devil-centric. Certainly among Jesus and/or people-lovers. Goes along similar, “should-you-really believe this” - hope and work for revival. Although I never particularly overly-reacted away from once-held evangelical ideas: I could decry mainstream - any stream - Church, finding remaining hope - any hope - in some kind of, Jesus-influenced, political emancipation. This and/or, ‘blog-on, graf-up and be merry, for...’

I recognise a paradox. Church going nowhere fast (at best), reasonable and heartening on the local. Asleep with the rest plus (and because), most trapped in, impervious to reconsider, teaching. Conclusion? Don’t be a silly dreamer and expect spots to shift.

Dreamering-ing, would be looking outside the current flock. Newbies becoming the answer. I used to think this. Certainly, until the first alternative church wave spluttered out its fledgling ways into emergent (no crit/far from it/fair do’s - emerging go-ers).

Jesus birthing of a movement takes a generosity and a let-go and commissioning-of, from those with support. None with that faith. Parental guidance and little-empire build too close at hand.

We’re called, said Jesus of himself and us, that we’re, to do the will of Him who sent Me and to completely finish His work.

And don’t say... mañana. This alone shows some hold-down not from God. Sometimes though, it can be true and even could be, about the state of nations? Could be? Not today-oh, but T.V. Times trundling best-can bliss along, with all their' tomorrows firmly psyched in/intact. Regurgitating much of the last 70 years UK. Normalcy, driven into us. (Nb wrote ‘us’ - not ‘you’).

During this same period the Charismatic Church came, peaked and more recently somewhat stemmed the demise and decline. Understandably more moderate and local visions among a social decline - but forget much expansion... but for the believe/whatever lot. In their hearts though..?

I should concur but "no":

More deliverance. For purpose. These ones, and the - hand-in-hand - corresponding awakening on the geo-front. To watch and...