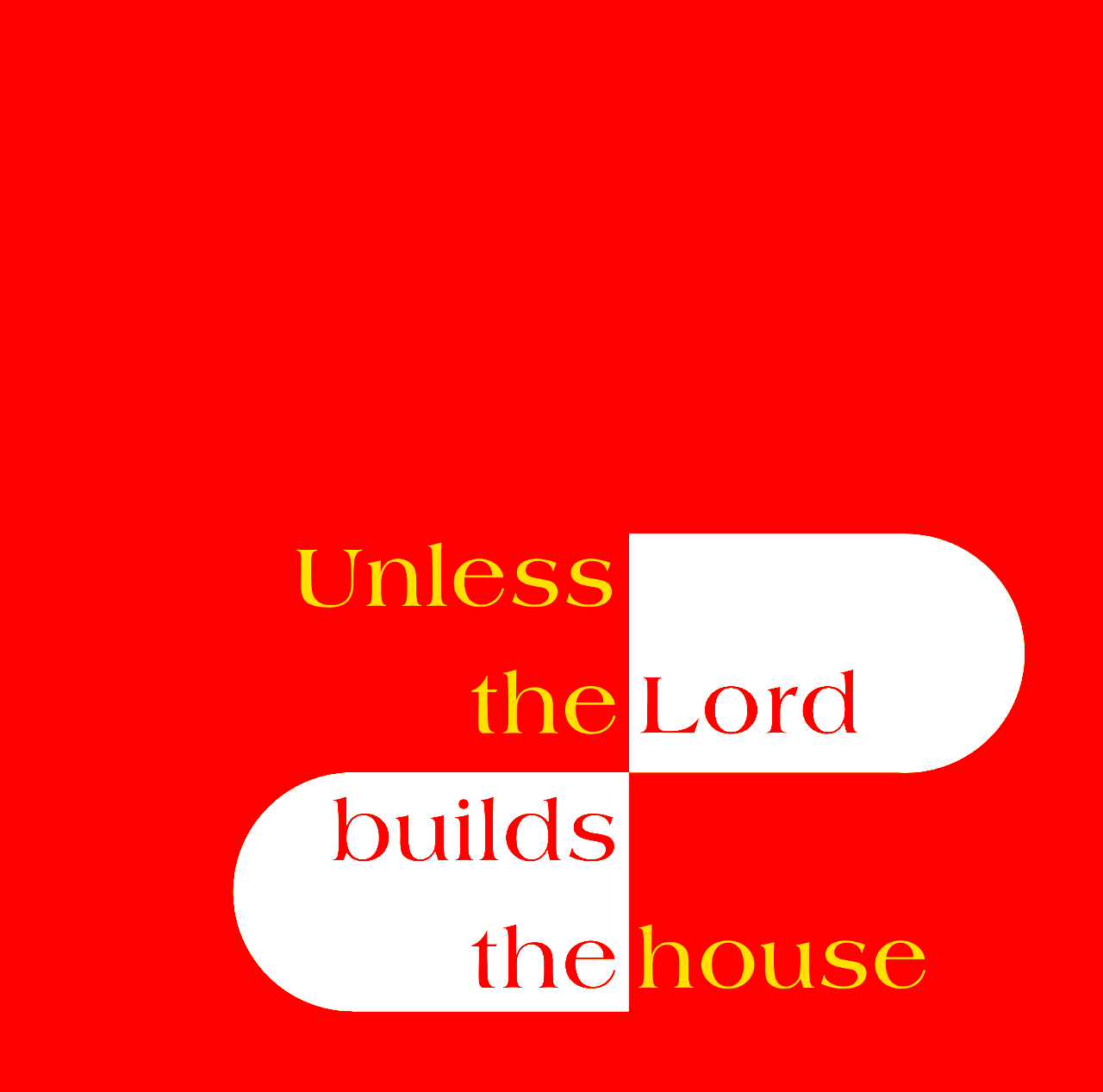 The need to concentrate on... Rightfully desperate. Understandably desperate. What to see built? Don't know anymore so much. Ever more-moderate aims to reach out and mountain move.

The mustard seed conspiracy, a once-titled call. A camp, a crew... ok.. an open, one-other person, and awake.

Not gonna gripe. Plus keep this short. Increasingly, the why action is absent, is about, unless God...

Growing-up past certain debilitating trads that 'now' -- note this 'now' no-so and necc. 'then' -- have new light upon and rectify unto holy power. We are, what we allow or collaborate, with God.

Unless God makes no sense if interpreted; 'Of course builds, because God alone...'

I will build my church and... is about us-doing, obviously. And so, OH my, here comes lament: Where be?

Sure, not discounting all loving and reasonable bunches, with all kinds of diverse takes and tunes but... where is there somewhere, as in times past and context setting, nowadays and a-happening?

Instead, there's a lot of modelling a somehow captured past. Recent or ancient.

WHICH -- as is, and Past -- no more and actually, exists. Anymore than the future. Really. Biblically really.

My heart-sinking groaner, isn't that believers are taught otherwise and so-what, abstract one more in some mystery, idea. It's an is-what and stumbling block of outcomes. And for all and any increase and abundant life bringing, the baggage keeps down. Blinkers from possibilities and opportunities.

In other words, the fruit of this dragging idea that matters, not the proposition in itself. Less best theology = Etc. etc. And in the unseen economy, or better said maneuvers; believing a lie.

Went for a sermon online from a blessed sing-up notorious gathering lot. Man spoke out from the word some rich and clear revelation and imparting faith. After a while, told of a miracle. Undoubtedly God. If only... he'd not tried explaining the deeper theology. Which went; "see God lives in eternity and went ahead in time and brought back the answer...".

Reminds me of what Paul says about a publicly declared tongue. What good to those coming into the gathering and not-into as yet and making no sense. This one-ish.

But otherwise, by necessity, feeding to avoid so much. Because fooled-along and all works like a movie. God in the projection room. Finger on the buttons.

Missing the open and awake revelation, the single two-fold contempoary cry from God, to see and adopt.

What are we watching and why? Nothing to see, all is and all is, all is... and so on?

We (aka evangelicals in the 99% trads or progs) are not watching, otherwise be alarmed.

Not much building because watching is not that necessary. Faith becomes presumption, the building of, somehow outside of God's prophetic and unimaginably intense and somewhat meticulous insight. Into what has yet to be.

So 'unless God' is truly framed, 'unless we'.

This, or go full-on mapping hurricanes to how the US politicos mistreats Israel. Yup. This the futurist's line. And God 'is' mocked in this.

The Las Vegas incident about gay people legislation. And everything about everything and nothing...

Post descended into a repetitive morass. A barometer and window. Admit, ain't got much to say. Ain't sowing so.

Must be positive. Must proclaim. No more unless..., we need God, more. S'ppose easier to see if awake and open.