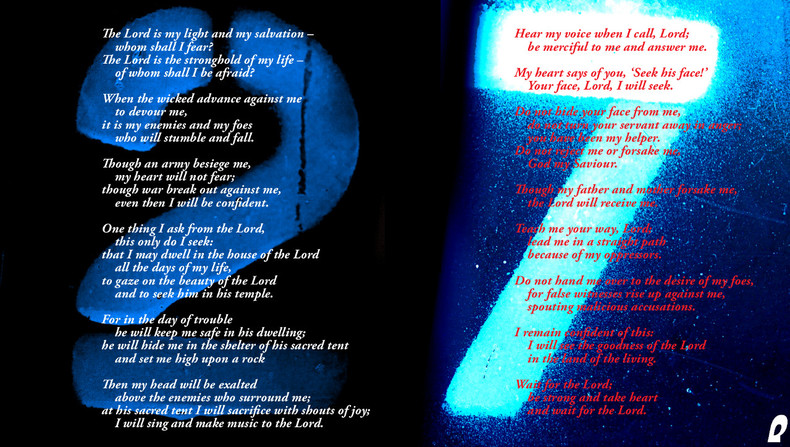 Read this (Tweet), this morn; ‘People who think online relationships aren't "real" are doing it wrong’.

That’s right, but ain't we just fooled into believing otherwise.

The internet has made us all little-kings. To ignore, is considered reasonable. All too busy to do otherwise, we say. The mobile phone? It’s reshaped us into having more demagogue type stands. To be rude/but ‘not’ - we think. To some degree be different face to face or even when speaking on the phone.

I’m reluctant to go out there but must. Holy Antagonist. Stand at the gate of the Lord’s house and their proclaim this message... The one that will be rejected. But I must, believe otherwise.

Even though the “just sowing seeds” song, used to justify off-putting evangelism, is terribly misguided and a destructive deception, I mustn’t let this stop me with Christians. Word is, it's different strokes for...

Accordingly if the whole Church has assembled and all are speaking in 'tongues,' and there come in ungifted men, or unbelievers, will they not say that you are all mad?

Something that seems to be from God, are some thoughts about unity.

Opinions over principle? If we say we’re in Christ’s body, what does it say to God and what of the mission, to divide? Mostly I see over-reaction. Misdirection. Very few want unity (I suggest). Not with the body-whole. Not in Christ. Everyone seems to be holding up the reputation of what church means, (to them and theirs). Far too much negativity about ‘them over-theres’. Talk about getting tangled up in civilian affairs. I don’t mean staying out the wider public discourse that ICT provides, but the mentality...

Of course, to repeat; is this that's said 'inside' church, or to a more-watching world? This could inform, more or less liberty or wisdom, in what can be said.

I myself have published links to my comments. Repent of some? Where need be.

The retreat from the call to; pray for, outreach toward and community build, in hope and expectation for revival has gone. Certainly in comparison to other days and streams, within a generation that's beginning to pass.

Ones who say they believe for this today, are more into fate than fasting. I reckon. How I’d like to be wrong. Have encounters mostly replaced intercession? (Of course, all evidence shows this). Choruses and... some more,,, and...

Now, why if I write something like 'that', am I not doing exactly what I’ve warned is counter-Christ?

One; no names. Two; therefore, it can only divide through conviction. (I’m not ‘trying to give the Holy Spirit a hand’). Three? Not the opportunity here, but where possible, I should carry measure with my extremes. Compassion too much is about standing in who we think is oppressed' shoes, but also - where possible - should be in those of our believed to be, let’s say, a protagonist. The one/s we dislike, despair, or are outraged by.

There are some with human-based and demonic authority that must be called, in holy anger, of - “the beast”. These global and/or community troublemakers, tricksters - exposed for their cover-ups and lies. They’re characterised by being ‘in’ power and what appears an impervious elite. Prophetic voices have a duty to name them and, unless there are some answers to why their suspected crimes are slander - if called to - should be, railed against. In love, hated. In language, to liberate from lies that enslave.

Of course at this point it does come down to discernment. But what other factors might determine light?

I’m going to stop here. This morning type isn’t for me to try teaching. I’m here to pray. Type a few impressions and that be that.

I write this, to help myself get what my ‘going out’ might be about.

Such as, if we name someone/however famous, and call what they do this or that..? We may have to face an antagonist.

I’m sure I’ll be ignored but I must try to find obedience.

The way I see it: I’m doing prophetic acts.