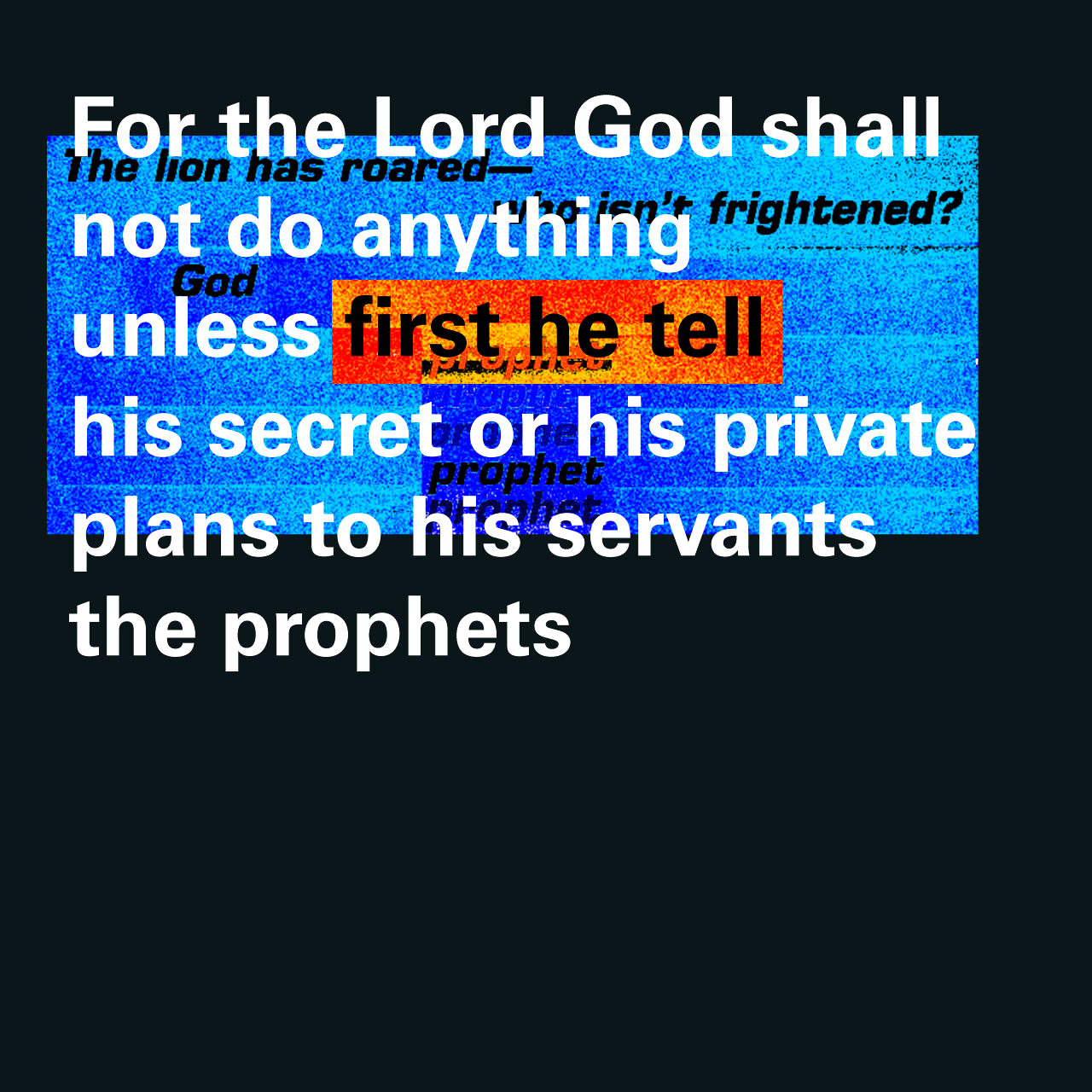 Why feel the need to make sarky mention and not-pretend I’m writing anyone?

There’s you, after all. Or is it; in the forest, the tree cracks as it falls… etc.

Need to write as/when. B’gger the crowd size and coherence. The place of prophecy is critical in the affairs of men. There’s a disgusting drought and enemies ways rip about, undeterred by God-able to move and work as much as, if there were only more true-talk through agency and collaboration with prophetic utterance.

Be Biblically clear. “No word?” No go.

How to read revelations otherwise? – Junk time and space. Jettison pro-active and present Holy Spirit activity. Think ancient Greek, and in this respect, give-up believing/believing matters. Logic lost. Logos, static and unmoved. Make nothing, because all made already. We're in a movie not 'devising theatre', to complete the analogy.

Minutes here, should not be to gripe. There’s what WE all do or don’t, not bang-on about what’s not happening and the absence of unction, in schools of named and claimed prophecy.

Not saying I've much to contribute wider than prophesy to me, with God the attention toward includes, the clutter and noise that fills the unseen. They will hear/read/see. Wonder if, Paul I know, Jesus I know but..., applies to websites. Oh to be a ‘bookmark’ in hell.

Only words this morn that reside are, fast from food in the day, smoke and lazy ways. ‘We are’ aka the UK etc, soon going to find our equilibrium. A re-settling, as the lies about so-called money, find their less deceptive value. OH HALLELUJAH for this. Refusal to wake-up and mean it, requires judgement and mercy. We need to get up somehow, before we allow the continual lock-down to more fully imprison. The police, are the thieves, and the terrorists are the… Out steps the 'news' reporter and theatre producers.

If ‘they’ could, they’d stage modern-day interpretations of the Book of Revelation etc. It happened/they told/seen on the box. Maybe claim, whole regions are eaten by giant apocalyptic-style creatures. Wouldn’t that be just pretty? The greatest hoax-story ever told. End-times on 5G.

Sark' aside, plans they have, are monstrous but what they revel and drink-on, is our willingness not to look. Close enough. Devil in the details (yup that constitutes a 'word'). How about rewind the limited footage, slowly LOOK or perhaps, corroborate and compare, said witness statements.

No, maybe not eh. Trust and obey.

Soon, assume all those speculating online, will be criminalised. And this – more, already relatively or literally talking, small crowds – isn’t because they’re gathering such growing interest. Nah we be all, ‘knife a fork, a bottle and a cork’ taken for a ride. Hey, this because; “we can’t be sure/and anyway, what can/could we do?”

Tantamount to saying ‘Caesar is God’. Come on… bow along; “...those, mostly-Muslim/s, drove/blew-up/stabbed or shot…” Etc. And the politicians, biggest-biz chiefs, at the top, surely not all but v.few, victims of mostly set-up to child-abuse – but there’s an adequate menu – and the means of blackmail to when need-be, run with the aristocratic cabal running maniacs.

Catch 22: No realistic assessment of the beast -and- no rigorous – where-need-be – trad-busting and pioneering prayer-means theology. Most/all I discern is the vast and almost every pew, snookered and watching, the blocked view. Distractions and diversions.

All I’ve been doing in these posts is trying to wave a flag, attract some person's attention. Commented on a handful of sites, same aim. Thinking; If I read me, I’d be ‘mailing. No. Inbox empty.

Gotta stumble about in my flimsy, often flaky, fashion. If I go online and go needle/haystack hunting, in fairness, there’s some close to this/but not such or so, I'd contact. Yet, who am I to judge they're not getting on good. Hope so and no reason to doubt are. Else, how could the world survive as. Some are praying and prophesying something right and of God, otherwise… And somehow God, can use or work with, the wide and albeit theoretically flawed.

Not saying I'm not flawed. Just some classic doubtful or def. crap have been grace-fully and luckily/blessed sorted.

Time to stop and saying this: No moaning me/here. Outstandingly grateful, most humble f’upper. Got no appetite to stop wailing. Best turn this and all to God. What’s the word:

Remember. Hold on to the things that remain.

No, this me having a go at prophecy. Which is what it is. Have-a-go hear, and again, and again.

Until get-something, from and for fulfillment, by God.